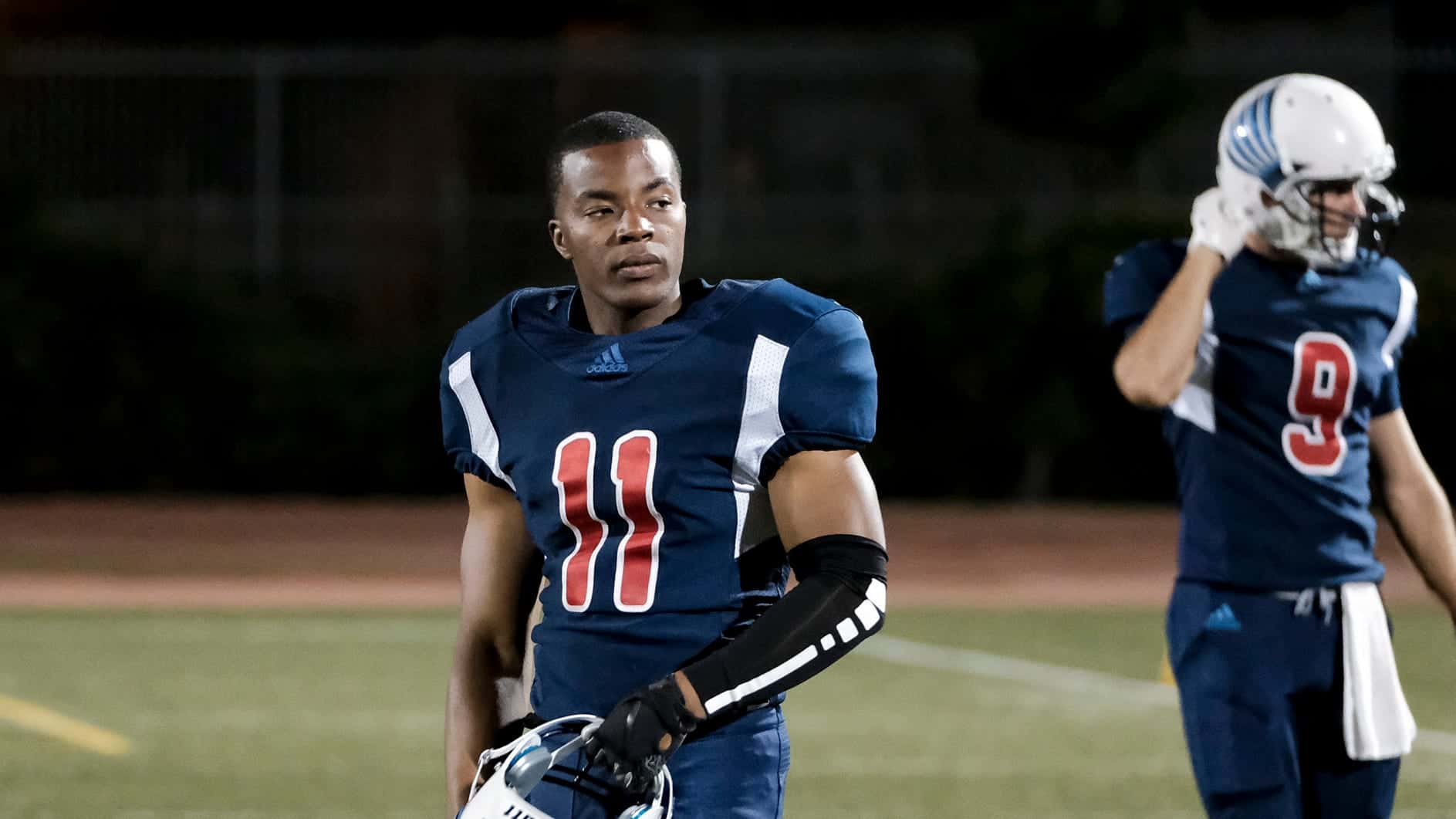 Rest assured, All American fans. The CW football series, which many people catch after its season runs on Netflix, is coming back for a Season 4. In the fourth season, Spencer (Daniel Ezra) is still in his senior year at Crenshaw, and is looking ahead to what his post-graduation life might look like. He’s also dealing with the aftermath of Coop’s (Bre-Z) shooting, which presumably leads to the tragedy teased in the trailer below. Here’s everything else you need to know about the upcoming season…

Things look dire in the official trailer for All American Season 4. While I don’t think Coop’s death is the tragedy being referenced in the promo, things definitely get tragic for Spencer in some way, with his community rallying around him in the wake of the event. In the midst of this, Spencer has reservations about taking a scholarship for college, not wanting to leave his loved ones behind. Check out the entire trailer below…

And here’s the official synopsis:

“It’s been a long journey in just a short period of time for gifted high school football star Spencer James (Daniel Ezra), from his days as the breakout player at South Crenshaw High to becoming state champion with Beverly Hills High. His family life, personal relationships and athletic future all changed and grew in ways he never imagined. But after the rough year that followed that victory, Spencer made the tough decision to return to South Crenshaw High for his senior year with Billy Baker (Taye Diggs) by his side as the new head coach. With South Crenshaw High saved, and the controversial State Championship behind him, Spencer has his eyes set on the All American game and his future with the NFL, which starts with Toledo State. But before our Beverly and South Crenshaw students can set their sights on college, they’ll have to navigate the tumultuous last half of senior year, including an epic unexpected prom, two graduations and all the complications that come with the growing pains of leaving high school behind and catapulting into adulthood.”

All American Season 4 will see the entire cast returning in some capacity, including:

If All American isn’t enough football drama for you, get ready for All American: Homecoming, the planned spinoff set to premiere midseason. The series will follow Simone (Geffri Maya). In Season 3’s backdoor pilot, we also met Damon Sims (Peyton Alex Smith), a baseball player with a promising future who connected with Simone when they met on the campus of Bringston University. The two share a passion for sports, and will come together as activists organizing for change at the HBCU. It’s unclear, at this point, what Simone’s exit from All American will look like, or how it will impact her relationship with Jordan (Michael Evans Behling).

James Gunn’s Plan for DC Video Games Sounds Awfully Convoluted
Marvel Studios’ Ant-Man and The Wasp: Quantumania | Experience
MILESTONE GENERATIONS OFFICIAL TRAILER
How to Find a PS5 and Xbox Series X In 2023
Why One of Star Trek: The Next Generation’s Worst Episodes Is Still Worth Watching