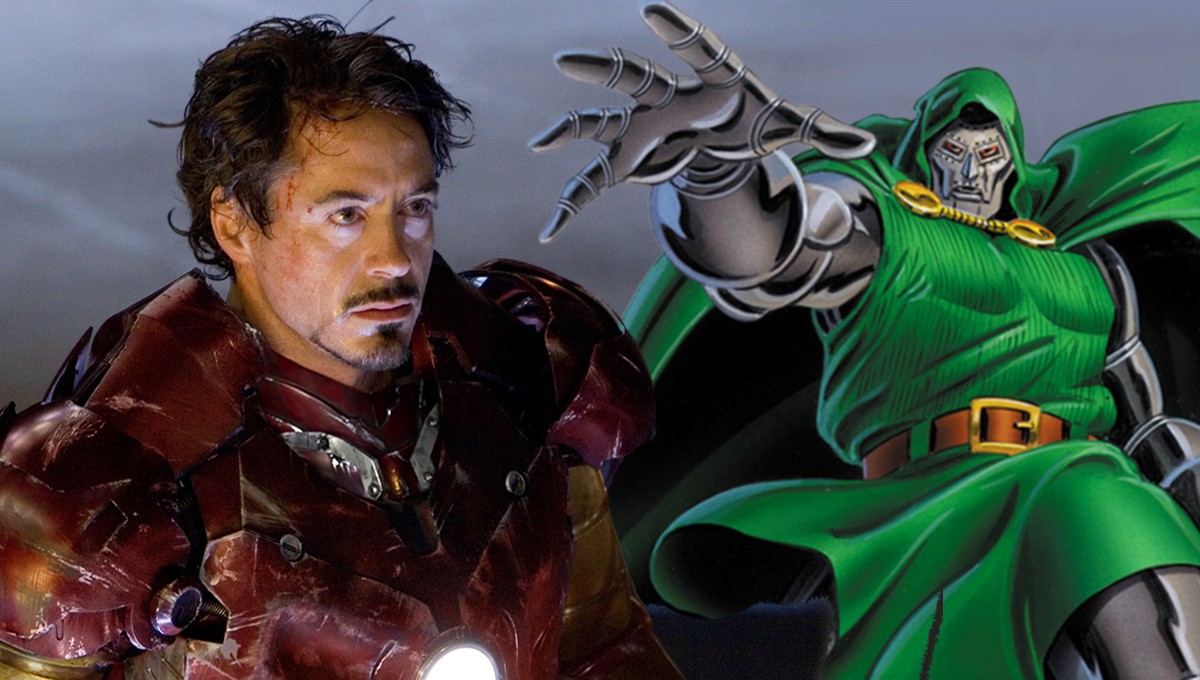 As surreal as it may now seem, 2008’s Iron Man was initially dismissed as yet another visually-driven but unexceptional comic book movie for an era filled with them. Not only was it a Hail Mary moment for the upstart Marvel Studios over its attempt to bring old Shellhead into the mainstream, but its selection of the notoriously-troubled Robert Downey Jr. as the star was seen as a risk. Of course, the film brought a winning formula that ultimately proved epochal for not only the comic book movie genre, but the film industry as a whole. Interestingly, it seems that Downey was in talks to don a different set of armor for a more-malevolent Marvel movie role.

Back in 2005, licensee studio Twentieth Century Fox, having achieved bellwether success with the X-Men movies, was set to unveil the first major movie adaptation of the Fantastic Four (sans director Roger Corman’s unreleased effort), marking a major coming out party for Marvel Comics’ First Family. While the choice of Doctor Doom as the villain was obvious, given his place in the comic’s lore, the choice of who would play the armored despot required more thought. As the new official book, titled The Story of Marvel Studios: The Making of the Marvel Cinematic Universe, reveals (via The Direct), Robert Downey Jr. was apparently part of that early process.

As Iron Man director Jon Favreau—with apparent casualness—reveals in the book of the process that brought Downey to his MCU-launching film, “Marvel had already met with [Robert Downey Jr.] before, I think, to play Doctor Doom.”

Naturally, Fantastic Four required a villainous foil with enough performative gravitas to be pit opposite its quartet cast of Welsh export Ioan Gruffudd, momentum-riding Michael Chiklis, surging starlet Jessica Alba and relatively unknown heartthrob Chris Evans. Thus, the prospective presence of Downey, who had once reached Oscar-nominated heights as the star of 1992’s Chaplin, seemed like a good fit, albeit one that wasn’t without perceived risks, given the actor’s highly-publicized, logistically-precarious rock-bottom history with substance abuse; an ordeal he had effectively kicked, having achieved sobriety in 2003. Nevertheless, the formerly A-list Downey was in a transitional period of his career in which he fielded low-level projects and a recurring run for Fox TV series Ally McBeal. Moreover, he had still yet to reach what would prove to be his comeback vehicle, future Iron Man 3 director Shane Black’s stylistic, irreverent 2005 actioner, Kiss Kiss Bang Bang. Thus, nothing came from his Marvel meeting over the pre-MCU villain role.

Of course, Doctor Doom would ultimately be portrayed in the film by Aussie actor Julian McMahon, who had achieved prominence as the co-star of FX drama Nip/Tuck. With the director’s chair occupied by a comedic-driven helmer in Tim Story (Barbershop, Taxi), working off a script by Mark Frost and Michael France, Fantastic Four brought a different version of the character, Victor Von Doom, than the fictional Eastern European dictator depicted in the comics. Here, Doom was an MIT classmate of Reed Richards (Gruffudd), who had become a wealthy industrialist who joins the foursome for the fateful space shuttle trip on which cosmic radiation endows them with their powers. In nod to Doom’s signature comic book armor, the trip turned Doom into a being completely covered in organic metal, through which he can conduct electricity. However, the film’s elements fell flat, and McMahon, despite giving his level best, couldn’t quite channel the unadulterated ambition of the comic book character; a notion that persisted in his reprisal for 2007 sequel Fantastic 4: Rise of the Silver Surfer.

While Downey’s involvement with the Doctor Doom casting process was likely so brief and minor that the creative personnel involved likely forgot it even occurred, the revelation is nevertheless interesting. This is especially the case, since, in a universe-altering, What If?-style event worthy of attention from Uatu the Watcher, a scenario in which Downey somehow landed that Doctor Doom role would have changed history in several aspects. Besides the fact that it would have altered Downey’s career trajectory (unlikely for the better,) it would have yielded significant ramifications for Iron Man, for which Downey’s starring presence is widely acknowledged as one of the key factors of success. Without Downey as Tony Stark/Iron Man, Marvel might have ended up with a tragic miscast—future Iron Man 2 villain Sam Rockwell was in the running at one point, and even Tom Cruise was being eyed for a previous iteration back in 1998. Ironically, while it would have put Downey (Marvel’s future Iron Man) opposite Evans (Marvel’s future Captain America) in what would have been a proto-Civil-War struggle, the scenario would likely have resulted in the MCU not even reaching Civil War.

Downey may have avoided the dud role, but the character of Doctor Doom remains the center of failed and/or nixed adaptation attempts. Director Josh Trank’s notorious 2015 Fantastic Four reboot brought a reimagined version of the villain, as played by Toby Kebbell, which adhered to a comic-divergent concept that stands out as one of the most derided aspects of a film that absorbed tremendous derision. Plus, a more recent attempt to conjure a Doctor Doom cold-intro spinoff movie from writer/director Noah Hawley (Legion, Fargo) failed to bear fruit. However, make no mistake, Doom is coming to the MCU, seeing as another—this time MCU-adherent—Fantastic Four film iteration is officially in the pipeline at Marvel Studios, which will more than likely bring about a version of the top-tier Marvel villain that fans can finally embrace.

Thankfully, Downey didn’t land the Doom(ed) part, and was able to fulfill his fate as the headlining star for a run that laid the foundation for the entire MCU, dominated the film and television industries, and, poetically ended its 11-year arc in an epic manner with 2019’s Avengers: Endgame, which stands as the highest grossing film of all-time with $2.79 billion worldwide. And who knows? Someway, somehow—perhaps via the meddling of a certain Secret Wars cosmic entity—we might end up seeing Downey’s majestically martyred Tony Stark share the screen with Doctor Doom himself in the next mega-movie event to which the MCU is heading.