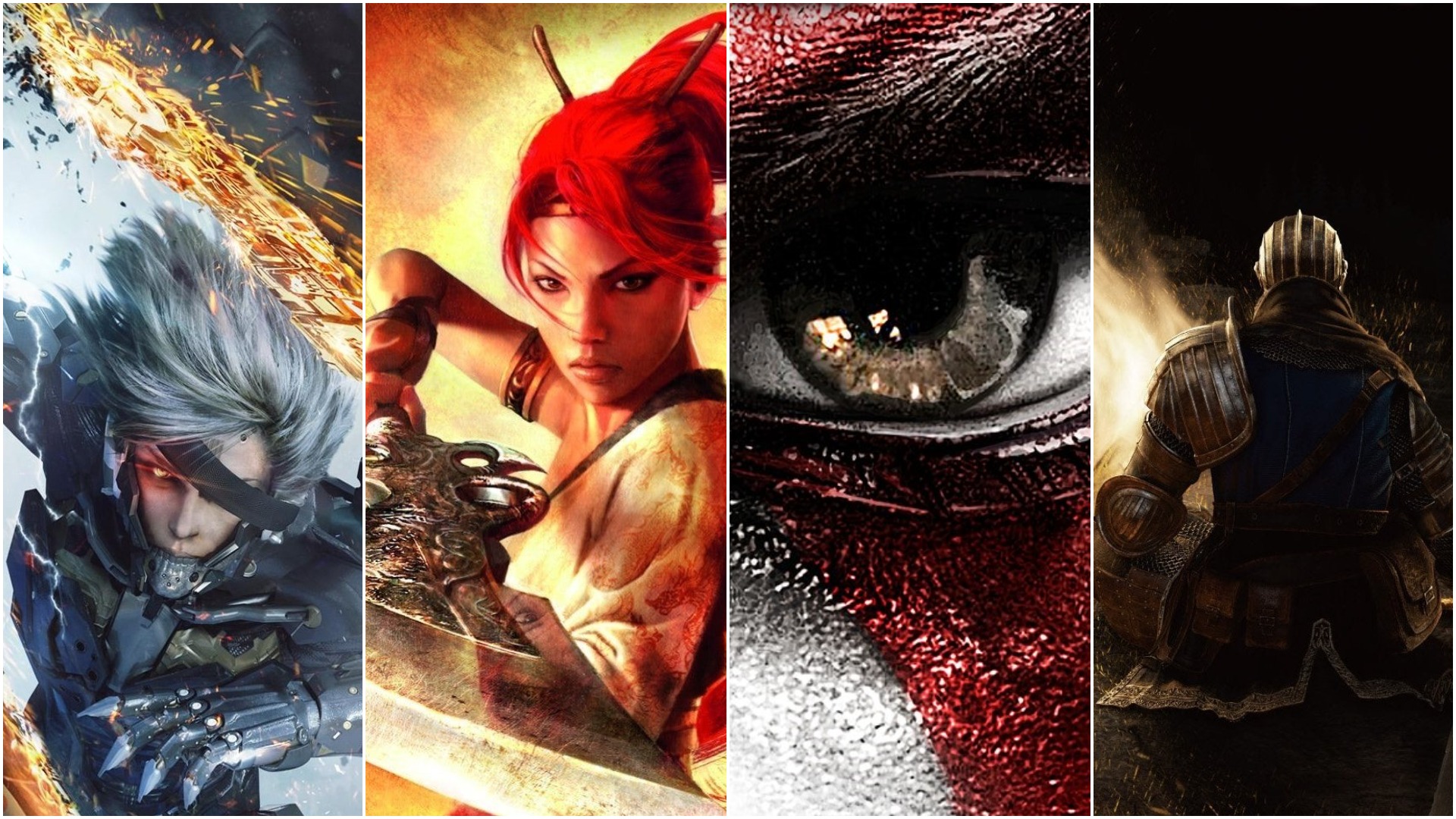 The PlayStation 3 ranks below the PlayStation 2 and PlayStation 4 in the minds of many fans, but it has to be said that the sometimes maligned console is also the home of some of the most notably difficult video games of the relatively modern era.

While I don’t think that Sony and their studio partners simply woke up and chose violence in regards to how difficult some of the PS3’s most notable games are, it’s kind of amazing to think that some of this console’s best titles helped change the conversations we have about the very concept of difficult video games. For that matter, some of the PS3’s best action games are the hardest we’ve seen since the arcade era.

You can probably already guess the names of two of the games on this list based on the premise alone, but these are the other most difficult PS3 games ever made.

Metal Gear Solid 4 is challenging in all the ways its predecessors were (stealth-based gameplay is usually pretty difficult), but this sequel’s level design and additional mechanics make this entry a much more complicated overall take on the Metal Gear series.

The steep learning curve of Metal Gear Solid 4’s opening area is enough to throw anyone off, but what’s really shocking are the various ways this game manages to challenge you even after you assume you’ve “figured it out.” I can’t imagine beating this game on Big Boss Extreme Mode where getting caught means almost certain death.

God of War 3 is an interesting example of a difficult game in the more modern age. It’s not as challenging as the previous two major games in the series, and I could honestly see someone arguing that the “Normal” mode version of this game doesn’t even belong on this list.

Developer Ninja Theory’s first major game is a real mixed bag. While it features quite a few early glimpses at the creative powerhouse this studio would eventually become, it’s also a sloppy action game with bad controls and a terrible camera that often contribute to its overall difficulty.

Honestly, though, the final battle against King Bohan is reason enough to put Heavenly Sword on this particular list. Imagine trying to fight a particularly difficult Dark Souls boss without the smooth controls and incredible combat mechanics that FromSoftware games are known for. That’s about what you get here.

This mostly obscure puzzle game that asks you to stack pieces of trash on top of each other may initially come across as a Tetris rip-off. However, Trash Panic actually encourages you to bend, smash, break, and jam every available piece of trash into place rather than worry about everything lining up cleanly.

That emphasis on “sloppy” puzzles combined with the game’s unique physics-based piece manipulation system means that Trash Panic forces you to think well outside of the genre box. Trash Panic is relatively easy to learn, but the game’s later levels will leave you wondering what (if anything) you can possibly do to survive.

The SOCOM series is generally underrated in terms of both its overall quality and how difficult the entries in this franchise tend to be.

SOCOM 4 isn’t necessarily the most difficult SOCOM game, but drastic improvements to this game’s enemy AI compared to previous SOCOM titles mean that this game’s tactical, trial-and-error-based gameplay is just a little more infuriating than ever. It will definitely give genre fans the challenge that they’re looking for.

I could spend the rest of this list talking about how brilliant Vanquish is and the many reasons why you should play it if you haven’t already, but in order to stay on target, let’s just talk about this game’s brilliant difficulty options.

Depending on which difficult mode you choose, Vanquish can either be so easy that it essentially plays itself or possibly the most difficult third-person shooter you’ll ever play. What’s truly remarkable, though, is that this game remains an expertly balanced and well-constructed action experience regardless of how punishing you want it to be.

Warhawk is a strange game to talk about in terms of difficulty. Not only was it an online multiplayer game, but because its official servers were shut down years ago, you kind of have to take our word on the matter regarding how challenging it was (if you never got the chance to experience it yourself, of course).

Warhawk’s unique multi-front combat required you to master a variety of gameplay styles in a way that only the most complicated Battlefield titles could possibly prepare you for. Warhawk is a piece of beautiful chaos when it all comes together, but part of what made this game such a unique multiplayer experience was Incognito Entertainment’s commitment to encouraging players to master everything it threw at them.

There is just no good way to accurately describe Catherine in a few mere sentences. It’s a social-sim love story with psychological horror elements that requires you to navigate a series of twisted dreamscapes that take the form of puzzles. It’s…a lot.

As you’ve probably already guessed given the context of this discussion, Catherine is also an incredibly difficult game. The title’s bizarre gameplay is difficult enough to overcome, but the moment you kind of figure out what you’re supposed to do is the moment that this game cranks up the difficulty to an almost comical level. It’s a brain teaser combined with a mind f***.

Killzone 2 is best known for that “fake” trailer that helped change E3 forever, but it’s actually an incredibly good FPS game that also happens to be stunningly difficult.

Killzone 2’s brand of run-and-gun gameplay was challenging enough at the time of this game’s release, but I’d argue that this shooter is harder than ever for the simple fact that there are so few modern FPS titles that properly prepare you for this kind of mayhem. It’s a wonderful action experience.

While Metal Gear Rising: Revengeance deserves more love than it ever really seems to get, I’ll be the first fan of this game to admit that this game’s difficulty is severe enough to probably chase away people who might otherwise love it.

This is one of the best examples of a fascinating era in game design when developers were trying to reimagine the days of old-school difficult action games for the 3D era. This game refuses to accept anything less than your absolute best, and that’s part of the magic that makes the whole thing so satisfying.

While most games with the Wipeout name deserve to be in any conversation about the most difficult racing games ever made, Wipeout HD ups the ante in a way that you just have to respect.

What I “love” about this game’s particular brand of difficulty is the way it forces you to learn to recover from your mistakes rather than simply try and try again until you achieve that perfect run. You will bounce off the walls time and time again in this game, but the trick is finding a way to maintain your cool and get back into the race.

The gold standard for difficult games in the modern age has kicked off numerous compelling conversations about accessibility, gatekeeping, and the role of difficulty in video games. The one talking point I often find most interesting, though, is the idea that Dark Souls isn’t actually that hard.

Well, Dark Souls is, in fact, very hard, but what I will say is that this game deserves all the praise it can get for the way it turned difficulty into an adventure rather than a roadblock. This epic journey through a world that wants you dead is uniquely capable of sweeping you off your feet one moment and then empowering you in the next.

To get to the point you’re all probably wondering about, this particular choice does mean that I think Demon’s Souls is slightly more difficult than Dark Souls.

Demon’s Souls may be easier to “cheese” than Dark Souls, but Demon’s Souls more confusing design combined with its punishing levels and absurdly difficult standard enemies mean that it really emphasizes the more “troll-like” design elements that this series is sometimes famous for.

Ninja Gaiden Sigma isn’t quite as “fast” as titles like Devil May Cry or Metal Gear Rising: Revengeance, but its slightly more methodical style of gameplay and its comparative lack of evasive options means that you really have to carefully consider your every move. There’s just something so satisfying about locking yourself into this title’s gameplay “zone” and getting to feel the weight of a properly executed sequence.

Not only does Hard Corps: Uprising not get enough love for being one of the 2D action games of the last twenty years (Arc System Works’ interpretation of Contra is just a beautiful thing to behold) but I’m starting to feel like people have forgotten just how difficult this game truly is.

Some of this game’s later levels essentially feel like you’re trying to play a Contra game in the style of a bullet hell shooter while also trying to navigate the speeder bike level from Battletoads. Call it a throwback to the era of “NES Hard” if you want, but with the possible exception of Contra: Hard Corps, I’m not sure I’ve ever played a 2D action game from any era that requires the reaction times and precision commands that this game regularly demands.

In a world where people love to insist that difficult video games aren’t that difficult, I’m not sure I’ve ever seen anyone argue against this game’s difficulty with a straight face.

World of Warcraft Dragonflight: How Long Does It Take to Reach Level 70?
Gangs of London Season 3: What the Explosive Ending of Season 2 Means for the Show’s Future
Is Indiana Jones 5 Erasing The Young Indiana Jones Chronicles from Canon?
Pokémon Just Isn’t Better as an Open-World Game
Doctor Who: What Monster Spin-Offs Could the Expanded Whoniverse See?