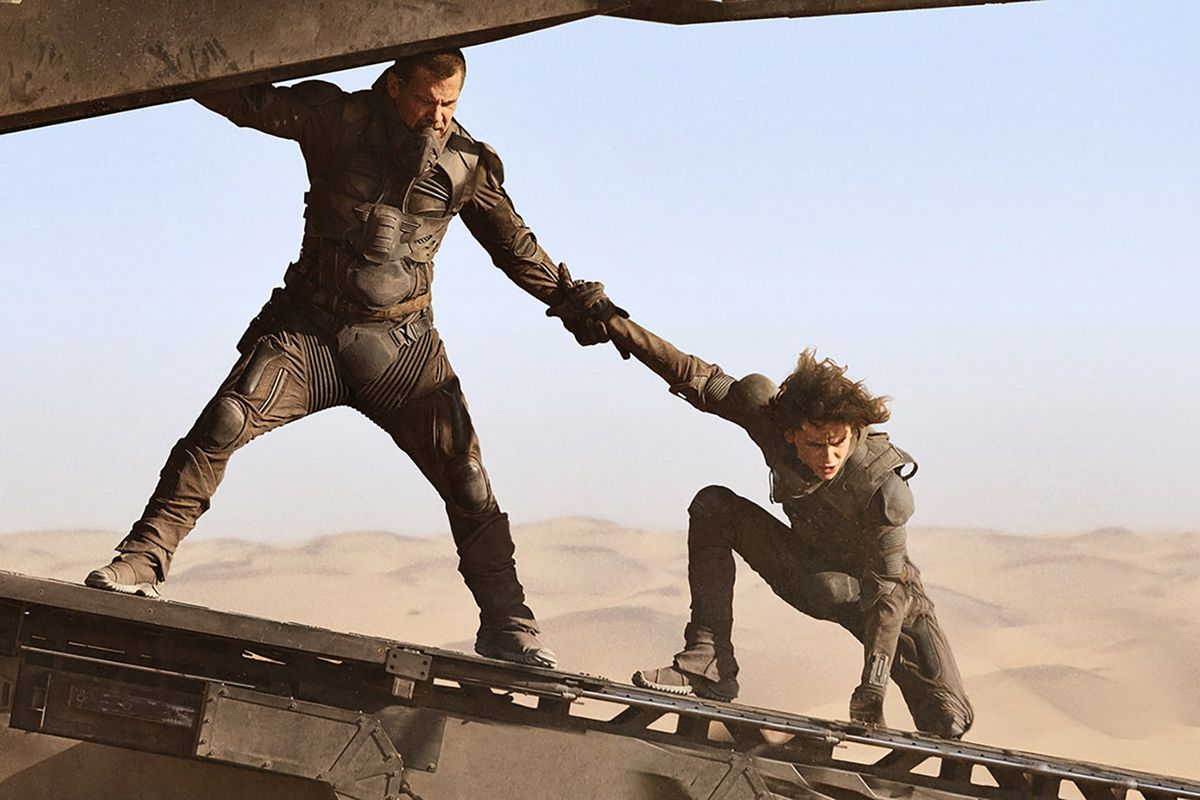 The spice must flow, and for the most devoted cinephiles in North America it tasted like popcorn and concessions this weekend. With Denis Villeneuve’s Dune finally in theaters in the U.S. (as well as UK, China, and several other significant markets), the science fiction epic commences its greatest battle—against being released simultaneously on HBO Max. And as of right now, it’s doing relatively well with an estimated box office take of $40.1 million in its opening weekend.

This number, which comes from Warner Bros., makes Dune the first WB/HBO Max hybrid release to open north of $31.6 million at the box office—a record set in March by Godzilla vs. Kong during a period when many theaters were still closed, and social distancing was more strictly enforced. It also beat out studio projections. With that said, it’s admittedly not the type of debut one usually associates with a pop culture phenomenon.

Nonetheless, Warners executives are likely breathing a sigh of relief, as Dune is performing above the studios’ $30-$35 million projections and is doing probably as well as can be expected given the circumstances of its day-and-date release strategy. Hence one of many reasons for director Villeneuve’s now notorious frustration with the film’s rollout (Legendary Pictures, meanwhile, settled an apparently hefty deal with WB after being blindsided by WarnerMedia’s decision to put the picture on day-and-date streaming).

As indicated by the small record it broke, hybrid release models have been revealed in 2021 to generally put a cap on the earning power of a film, particularly after opening weekend. This is not only because of audiences who opt to watch the film at home with a subscription service they’re already paying for, but also because of all the other audiences who’d rather not pay at all and will have easy access to HD pirated copies on torrent sites around the world.

Last week, Halloween Kills shocked the industry when it earned $49.4 million in its opening weekend despite also being available on Peacock. However, that overperformance speaks as much to Peacock’s small paid subscription audience as it does to the film’s ability to break free from the limitations of a day-and-date strategy. Or another way to put that is NBC-Universal put Halloween Kills behind a paywall on Peacock in order to emulate the WB/HBO Max model which since Christmas of last year has conditioned its subscribers to expect expensive Hollywood content like Wonder Woman 1984, Godzilla vs. Kong, and The Suicide Squad for no additional cost.

More comparable to WB/HBO Max is Disney+’s Premier Access strategy. While that is more cost prohibitive since it adds on a luxurious $30 surcharge on top of Disney+ subscriptions to access new theatrical releases, it is still on a platform with wide distribution—wider, in fact, than HBO Max. Nevertheless, with the exception of Marvel Studios’ Black Widow, no Disney+ Premier Access hybrid release has done better than $35 million in its opening weekend, a feat achieved once by Jungle Cruise in July.

So by the non-Marvel superhero metric, Dune is performing at the extremely high-end of day-and-date blockbuster releases. While that is hardly the type of news to be jumping for joy about, it is encouraging since Dune being put on HBO Max changed the goalposts of what is successful. Essentially, Dune was transformed overnight into a loss leader in the hopes of buttressing WarnerMedia’s pricy new streaming service. As long as it performed well in views on the service, and well enough in theaters, it could still be labeled a success—or at least successful enough for the studio to greenlight a sequel.

Villeneuve has certainly hinted at this being the case, recently telling Total Film that “everybody at Warner Bros. and Legendary, they are 100 percent behind the project. They feel that it would need a really bad outcome at the box office to not have a Dune Part Two because they love the movie. They are proud of the movie, so they want the movie to move forward.”

Well, Dune Part One just had a solid—if not amazing—box office premiere given the albatross WarnerMedia hung around the movie’s neck. Additionally, Villeneuve’s first Dune movie has performed exceedingly well in smaller markets throughout Europe and Asia where it opened last month, grossing about $130 million globally as of Friday, and ahead of the threat of online piracy. The film is also expected to have opened at more than $20 million in China over this weekend, which is an encouraging sign of a healthy run in Hollywood’s biggest foreign market.

So Dune’s record may not be amazing, especially in light of the eye-popping pandemic numbers posted this fall by Shang-Chi, Venom: Let There Be Carnage, and even No Time to Die (to a lesser extent). However, it could possibly be good enough for the studio to feel ready to roll the dice on Villeneuve again and get at least Dune Part Two made. If that did happen though, one suspects the director might get in his contract an exclusive theatrical release. Just a hunch.