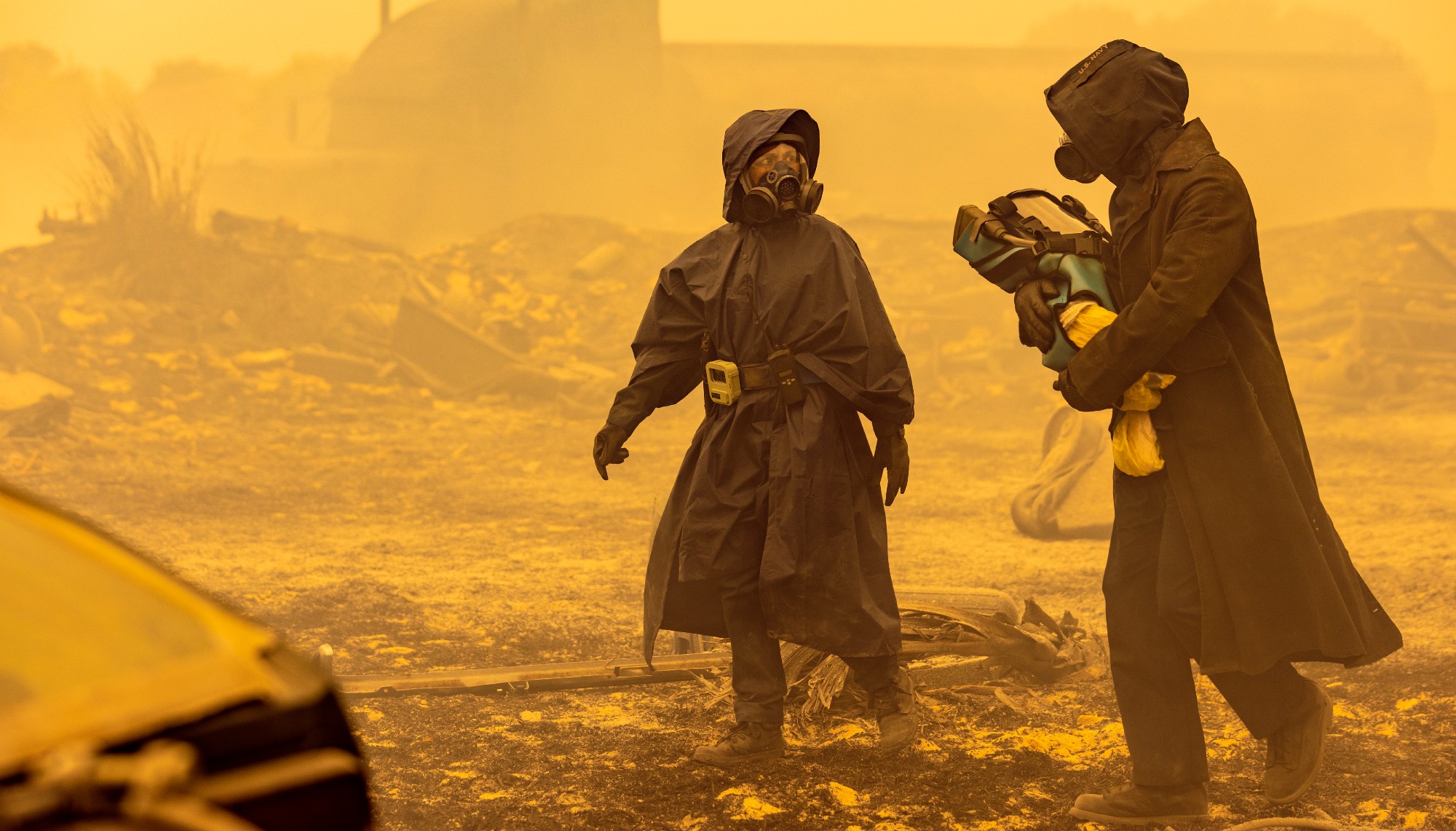 Oh boy, where to even begin with this one?

After setting up Strand as this season’s big bad in last week’s premiere, “The Beacon,” Fear the Walking Dead now shines the spotlight on its would-be saviors, namely Morgan and Grace. (And I say “would-be” as Alicia remains conspicuously absent.) While they may have finally confessed their love for one another in the face of nuclear annihilation, it quickly becomes apparent in this week’s “Six Hours” that all is not rosy in their cozy submarine.

Indeed, in the months since Teddy’s nuclear warheads rendered a large swathe of Texas uninhabitable, Morgan and Grace are struggling to parent Rachel’s orphaned baby, Mo. You remember last season’s Rachel, don’t you? She was one of the founding members of Morgan’s failed utopia. She died in last season’s finale after changing her truck’s flat tire went horribly, horribly wrong. (You can read my review of “The Beginning” here.)

Which brings us back to Morgan and Grace, Mo’s adoptive parents. If the apocalypse has taught us anything about families, they’re no longer nuclear, if you’ll forgive the pun. (Hell, even the Clarks and Manawas were a blended family, right?)

While it’s understandable that a beached nuclear sub doesn’t make for the most welcoming nursery, it sure beats braving the harsh elements beyond its walls. That is, until the group’s rations run dangerously low. Even if there’s baby formula to be found, it’s highly radioactive. So out into the wastelands the trio goes in search of something that may no longer exist—at least outside of Strand’s thriving enclave.

But that’s easier said than done. There’s a limit to how long someone can endure such high radiation levels—six hours, to be exact. This hasn’t stopped Grace from going out in search of supplies, though her motivation for doing so stems more from profound survivor’s guilt and the trauma of losing her baby, Athena. Little Mo wasn’t the answer to her prayers; indeed, what Grace wants is to die and leave her pain and misery behind. Why else would she tell Mo, “You didn’t ask to be here and neither did I”?

Kudos to Morgan for recognizing Grace’s unhappiness. He suffered a similar trauma himself after losing his wife and son early on in the apocalypse. He understands the sort of despair that’s darkening her brow and burdening her broken heart. So he’s come up with a plan: a road trip of sorts, in a modded Mad Max-style ride, no less. And who doesn’t like a road trip?

I have to admit, I like the overall direction Fear the Walking Dead has taken this season with its hybrid end-of-world scenario. After six seasons, our heroes had become quite proficient zombie killers, robbing the undead of their bite, if you will. By layering in the more immediate (and invisible) threat of radiation poisoning, suddenly just venturing outside requires a whole other level of preparation and fortitude. Plus the muted, mustardy palette calls to mind the blighted future of Denis Villeneuve’s Blade Runner 2049. (Interestingly enough, Lennie James has a small role in that movie.)

Still, this atmospheric, apocalyptic aesthetic isn’t enough to rescue a rather convoluted episode that’s rife with contrived perils. It’s no surprise that their car would break down, pitting Morgan’s ability to find a replacement part against that relentless six-hour countdown.

If anything, I found these scenes with the wayward, deformed Fred and Bea, who insist Mo is actually their child, to be pretty frustrating. Even the introduction of melting crater zombies isn’t enough to make up for this contrived detour.

Morgan himself sums it up best in a strangely meta moment when he tells Grace, “Maybe we’re just trying too hard, reaching for too much. We are trying so hard to fix ourselves we can’t even recognize it might be all right to be a little bit broken.” Amen to that, Morgan.

One saving grace of “Six Hours” is that we learn a little bit about Padre. We may not know exactly what it is, but we now know where it is—just southeast of Victoria, Texas. But rather than head toward the unknown, Morgan and Grace opt to return to the familiar confines of the submarine.

Is it worth mentioning that Grace is able to let Athena go and finally embrace Mo as her own? Maybe. But this, too, feels a bit contrived—and very rushed—especially when you consider Grace was ready to pack it all in mere hours before. Would she experience a change of heart so quickly if the narrative didn’t require it of her in a moment of extreme duress?

Is it also worth noting that the trio is only saved by little Mo herself, whose newfound ability to crawl reveals the treasure hidden beneath their feet? To me, this is just one more narrative contrivance that doesn’t do the episode any favors.

As for that big reveal at the end—that Ginny’s bounty hunter Emile had a twin brother? That twist fell flat for me, especially since Demetrius Grosse’s name appeared in the opening credits. Grosse’s Emile wasn’t around last season to make enough of an impression. (Seriously, his dog Rufus got more screen time than he did.)

All in all, we’re only two episodes in and I’m already worried about what this season has in store for us. Am I the only one who feels this way? Let me know in the comments!