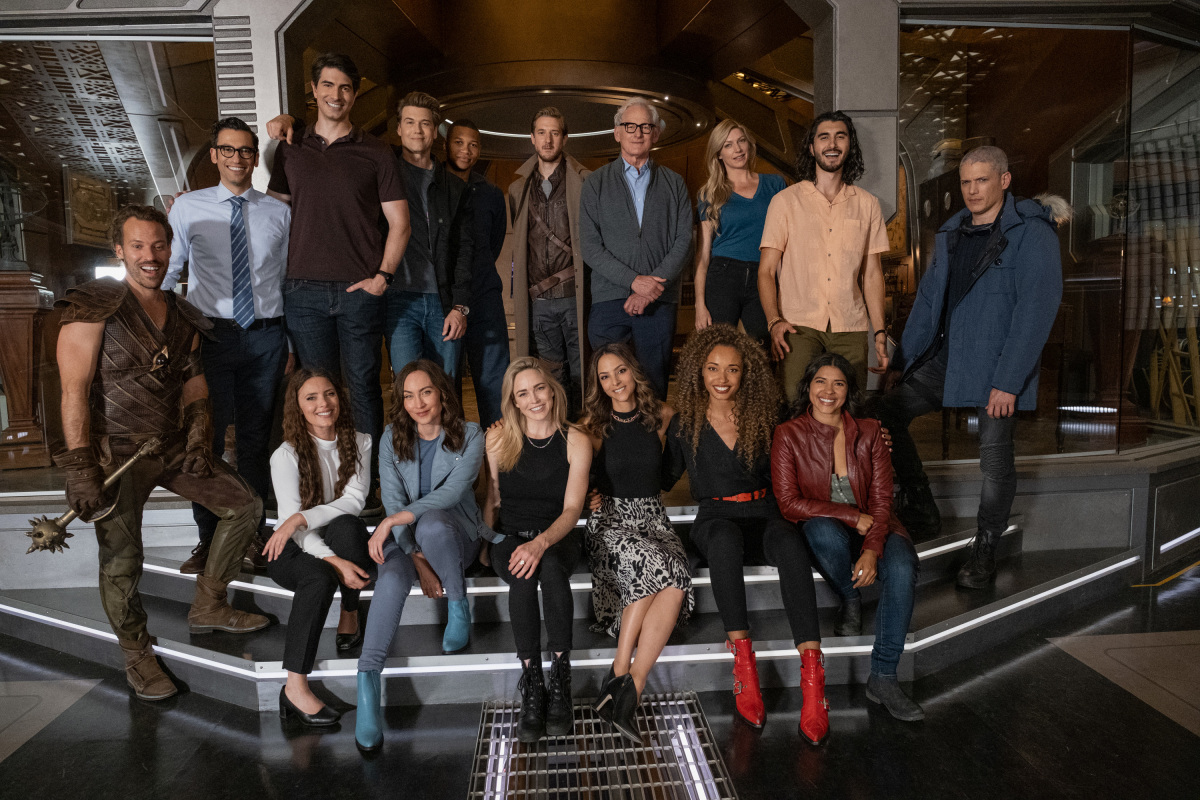 Can you believe that Legends of Tomorrow, a show that started off as a home for characters who had completed their arcs on other DC Arrowverse shows, began with a tricky/impenetrable premise, and has since evolved to be one of the weirdest and most unique TV shows around is about to celebrate its 100th episode? Well, we sure can. After all, we’ve been telling everyone who will listen that Legends of Tomorrow is far more than just its superhero TV pedigree and is one of the most delightful hours you can spend in front of a screen each week.

And Legends of Tomorrow episode 100 isn’t dialing back on the weirdness. The episode bears the unwieldy and unpronounceable title of “wvrdr_error_100<oest-of-th3-gs.gid30n> not found” for one thing, but that’s not the biggest news about it. No, instead expect a celebration of 100 episodes featuring long-departed fan favorites, a unique perspective on the show’s early seasons, and much more.

“Our 100th episode is a retrospective of six seasons,” Legends of Tomorrow showrunner Klemmer tells us. “We’re going to go back into Gideon’s memory and sort of tell the series through her point of view, because she’s really the only person who was there to see not just the things that the audience saw, but the things that took place secretly behind the scenes.”

Make no mistake, though, the 100th episode of Legends of Tomorrow isn’t a clip show. Instead, it’s more of a new look at familiar events, showcasing perspectives that we might not have seen the first time. And considering how much the tone of the show has evolved over the last few years, it’s a way to make those early episodes feel a little more in tune with what fans have come to expect from the show.

“In a way, it was a chance for us to illustrate how the tone drastically shifted,” Klemmer says. “There were people who are incredibly versatile, players who were kind of stuck doing the season one thing or the season two thing, and what we really wanted to do was give some of our cast the chance to come back, and do scenes that existed behind the scenes of the episodes that have totally different tones that are more akin to more recent seasons.”

But perhaps the biggest news is the return of founding Legend and fan favorite Wentworth Miller as Leonard “Captain Cold” Snart, who hasn’t been seen on the Waverider since season 5. Miller will be joined by other Legends alumni including  Franz Drameh, Arthur Darvil, Victor Garber, Brandon Routh, and Falk Hentschel.

“Wentworth Miller did not get to do a ton of comedy in season one,” Klemmer says. “But having him back and getting to sort of invent these behind-the-scenes scenes to the episodes is a really great chance to let people enjoy the spirit of the show now, which is totally different. It was a huge challenge to try to imagine the Rosencrantz and Guildenstern are Dead version of Legends season one, but that’s our 100th episode.”

To give you an idea of how much the show has evolved in those 100 episodes, at DC FanDome we were given a “100 episodes in 100 seconds” to tease the big episode.

And another founding Legend is taking an even more prominent role than usual, with Caity Lotz stepping behind the character to direct the landmark episode.

“I cannot be more grateful,” Klemmer says of Lotz directing episode 100. “I mean, our show is just so fortunate there are things that just seem to fall into place. The fact that it landed in the lap of the one person who actually understands…if I had to explain 100 episodes to a director who was just coming to join us out of the blue I would have been hopelessly lost. But Caity’s like, ‘okay, this episode was the one with the Minotaur and that’s the one with the time loop’ so we’re like, ‘yes, thank God, you got to summarize 100 hours of TV in one.’”

“With Astra (Olivia Swann), Spooner (Lisseth Chavez) and a now-human Gideon (Amy Pemberton) trying to save the Legends, Gideon becomes overwhelmed by her new human choices sending her into a catatonic state. Astra and Spooner combine their powers to enter Gideon’s mindscape and discover that a virus is trying to erase all of Gideon’s memories.  Acting fast, they devise a plan to defeat the virus before it’s too late.”

Watch the trailer for Legends of Tomorrow episode 100 below, which contains even more returning character surprises!