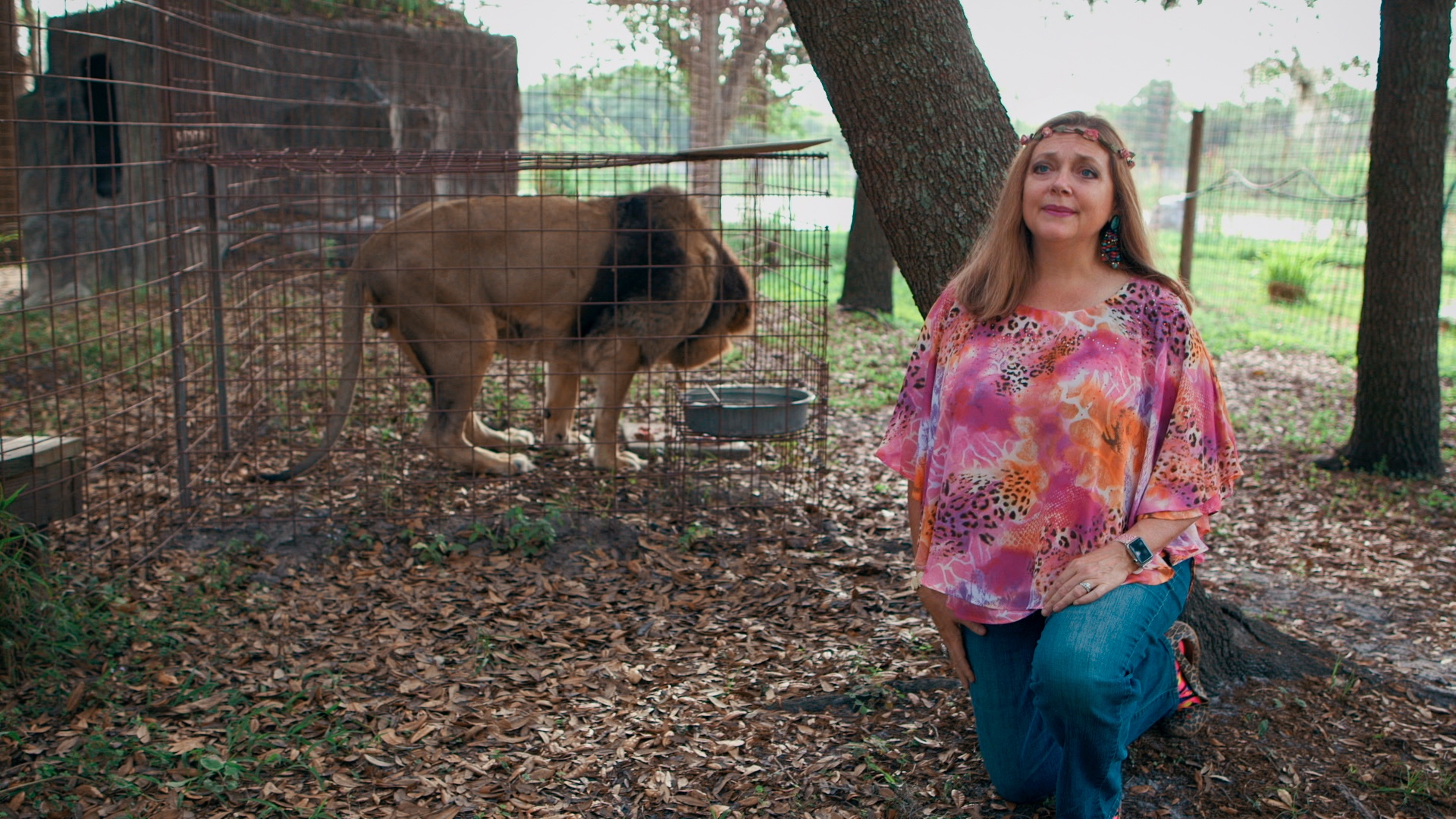 Netflix’s early pandemic smash hit docuseries Tiger King was already pretty jam-packed to begin with. The story began with a legally dubious exotic animal zoo run with a showman’s flair by mulleted maestro Joe Exotic and then grew only more intense from there.

Still, Tiger King’s first seven episodes (plus a remote reunion special) proved so successful that a sequel of some sort seemed inevitable. The only question remaining was “is there possibly enough story left in this already wild tale?” Well, according to the first official trailer for Tiger King 2, that answer is a resounding “yeah probably!” Give it a look for yourself below.

With this first official trailer, Netflix seems to be going to great lengths to assure viewers that there is still meat on this tiger bone. In just under two and a half minutes, the clip covers: Joe Exotic’s folksy metaphors from prison (“they’re like two rabid dogs in a goldfish bowl”), the continuing story of new GW Zoo proprietors Jeff and Lauren Lowe (“Tiger King changed our lives overnight. We have more money than God”), and of course: this very nice macaw kissing his buddy.

One topic in the trailer stands out above the others, however, and it’s arguably the original Tiger King’s biggest dangling thread: whatever happened to Carole Baskin’s first husband Don Lewis?

For those who don’t recall (and that’s understandable as March 2020 was a lifetime ago), Carole Baskin is a big cat rights activist, CEO of Big Cat Rescue, and Joe Exotic’s mortal enemy. It was Joe’s ill-fated plot to assassinate Carole that got him imprisoned in the first place. For as strange as Joe and Carole’s relationship was, Carole’s relationship with her first husband was even stranger.

In August 1997, Don Lewis left home at 6 a.m. to visit his lawyer’s office and was never seen again. Carole claimed that Don took a private plane to Costa Rica on business and it must have crashed. No evidence of a plane crash or Lewis’s body was ever found and he was declared legally dead in 2002. In Tiger King, Joe Exotic delights in telling producers his theory that Carole killed Don and fed his body to their cats.

In lieu of Tiger King’s success, several sources have delved further into Don Lewis’s disappearance, including the Investigation Discovery documentary Joe Exotic: Tigers, Lies, And Cover-Up. Clearly, Now Netflix feels compelled to address this topic in Tiger King 2, as evidenced by this trailer.  Based on the brief look we get here, the Tiger King producers might be throwing their weight behind the “missing plane” theory as one interviewee asserts that Don was “dealing with some shady characters down in Costa Rica.

Netflix’s official synopsis for Tiger King 2 also makes mention of some big revelations: “The colorful saga of America’s most notorious big cat owners continues. Sudden fame and unwanted attention from the authorities turns up the heat and unearths some stunning revelations.”

Perhaps they’ve finally gotten to the bottom of the Don Lewis mystery. Knowing how quickly things escalate on Tiger King though, those revelations could be that the pope is on a worldwide illegal tiger smuggling ring or something.

All five episodes of Tiger King 2 premiere November 17 on Netflix.