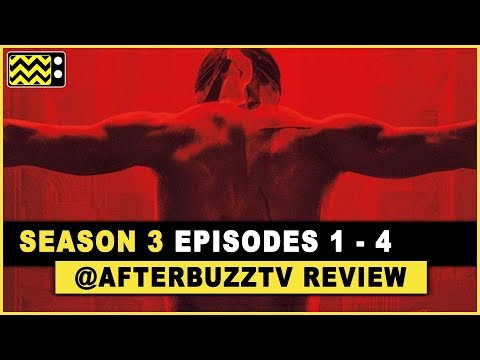 Ads by Amazon
Share on Facebook
Share on Twitter
Share on Pinterest
Share on LinkedIn
In this show, hosts Zach Wilson, Jesse Klein, Christian Bladt, and Xia Anderson discuss episodes 1-4! No spoilers past episode 4 here because we’re talking 4 episodes each taping! That long fight scene was amazing! What did you think?! What do you think of Agent Poindexter?! Will Daredevil rise to the call or fall to darkness!? Join us for the After Show, RIGHT NOW!

ABOUT DAREDEVIL:
Marvel’s Daredevil, or simply Daredevil, is an American web television series created for Netflix by Drew Goddard, based on the Marvel Comics character of the same name. It is set in the Marvel Cinematic Universe (MCU), sharing continuity with the films of the franchise, and is the first in a series of shows that will lead up to a Defenders crossover miniseries. The series is produced by Marvel Television in association with ABC Studios, DeKnight Prods. and Goddard Textiles, with Steven S. DeKnight serving as showrunner, and Goddard acting as consultant.

Charlie Cox stars as Matt Murdock / Daredevil, a lawyer-by-day who fights crime at night. The series chronicles the character’s early days fighting crime, juxtaposed with the rise of crime lord Wilson Fisk, played by Vincent D’Onofrio.Deborah Ann Woll, Elden Henson, Toby Leonard Moore, Vondie Curtis-Hall, Bob Gunton, Ayelet Zurer, and Rosario Dawson also star. Daredevil entered development in late 2013, a year after the film rights to the character reverted to Marvel, with Goddard initially hired in December 2013. DeKnight replaced him as showrunner and Cox was hired to star in May 2014. Filming began in New York City that July, with production ending in December.