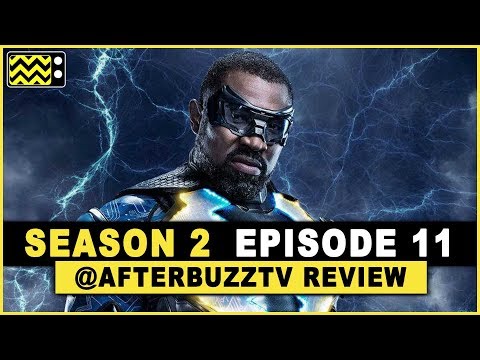 Ads by Amazon
Share on Facebook
Share on Twitter
Share on Pinterest
Share on LinkedIn
Hosts Drew Jones and Porchia Carter break down 2 SHOCKING deaths with special guest Jordan Calloway! Tobias and Dr Jace team up. Jen says a heartbreaking goodbye. Henderson and Jefferson finally agree to team up! Lots of laughs, lots of tears, and lots of juicy behind the scene stories!

CW and Greg Berlanti expand the footprint of their DC Comics universe with this exploration of the intersection between family life and being a superhero. As a younger man, Jefferson Pierce donned the suit of a vigilante and protected the streets of his city, but he believed he’d left those days in the past. He learns that life doesn’t always work out as planned when his daughter, Jennifer — a star student who is determined to achieve justice at any cost — gets recruited by a street gang. In order to protect his family, Jefferson sees no choice but to once again become Black Lightning.