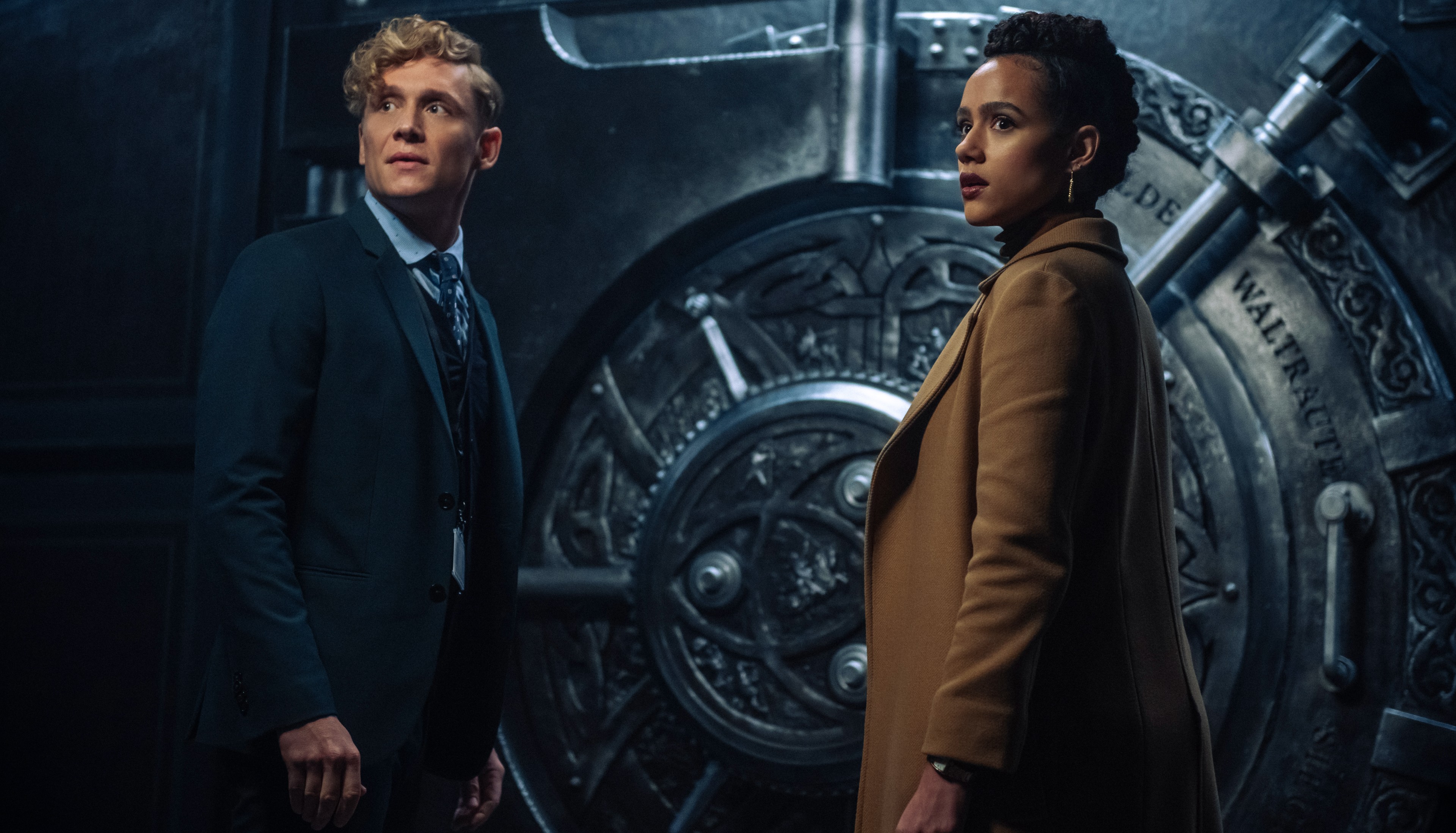 This article contains spoilers for Army of Thieves and Army of the Dead.

Army of Thieves, the prequel to Zack Snyder’s Army of the Dead, has less to do with zombies than you might expect. Yes, there are a few undead creatures shambling around the claustrophobic hallways of Ludwig Dieter’s (Matthias Schweighöfer) nightmares and on European newscasts showing the horrific outbreak in Las Vegas, but the movie’s not really interested in what’s happening across the Atlantic. Instead, Army of Thieves is about the mythical safes built by legendary (and fictional) locksmith Hans Wagner, one of which will eventually become the vault Scott Ward (Dave Bautista), Ludwig, and the rest of the squad of mercenaries will risk their lives for in Army of the Dead.

Years before that fateful heist in post-apocalyptic Las Vegas, Ludwig is a man named Sebastian, a bank teller living in the city of Potsdam, Germany. He lives a boring life of routine, but he has a dream: to become the first safecracker to break into all of Wagner’s safes, which are thought to be impenetrable and are even designed to destroy the contents held within after two failed attempts to unlock them. Ludwig runs a YouTube channel about the history of these vaults, and its through one of these videos that we learn the dark reason why Wagner created these safes in the first place.

After the death of his wife and son, Hans Wagner decided to create “The Ring Cycle,” a series of four safes inspired by the four operas that make up composer Richard Wagner’s The Ring of the Nibelung, a 15-hour epic about a magical ring that grants dominion over the world. The story follows a huge cast of characters — gods, humans, and other mythical creatures — as they try to acquire the ring, all leading to a massive cataclysm that destroys the gods and Valhalla.

Each safe is named after one of the four parts of The Ring of the Nibelung: Rhinegold, Valkyrie, Siegfried, and Götterdämmerung (German for “Twilight of the Gods,” which is so cool). But like Richard Wagner’s opera, the locksmith’s Ring Cycle was meant to end in tragedy. Hans built one last vault, designed to be his final resting place, a place to lock away all his suffering after the tragic deaths of his wife and son. When the safe was finished, Hans locked himself inside. While his workers tried to free him, they were no match for such a master work. Hans died inside that vault, which was later dropped into the ocean, his body still inside.

Ludwig and master thief Gwendoline (Nathalie Emmanuel) manage to find and crack open three of Ring Cycle safes — Rhinegold, Valkyrie, and Siegried — before Interpol finally catches up with them. The movie ends with Gwendoline allowing herself to be captured, sacrificing herself, so that Ludwig can go free and find the Götterdämmerung in Las Vegas. Army of Thieves confirms that Ludwig’s journey was always meant to end in Bly Tanaka’s casino. By joining Ward’s squad, Ludwig can finally crack the final Ring Cycle vault and honor Gwendoline’s sacrifice.

One interesting detail that’s only briefly mentioned in the prequel is that each safe now contains the wealth of Bly Tanaka, the billionaire casino owner who hires Scott and the rest of the mercenaries in Army of the Dead but secretly plans to use the heist as a distraction in order to complete his real mission: acquire alpha zombie DNA for the US military, which wants to create its own undead army. Does this mean that Tanaka has been pulling the strings for much longer than we thought? Might he have been manipulating events, using the other three Ring Cycle safes as breadcrumbs, to finally draw Ludwig to Vegas for one final performance?

These are the questions Zack Snyder’s upcoming Planet of the Dead (“Army of the Dead 2”) will have to answer. Army of Thieves is streaming now on Netflix.