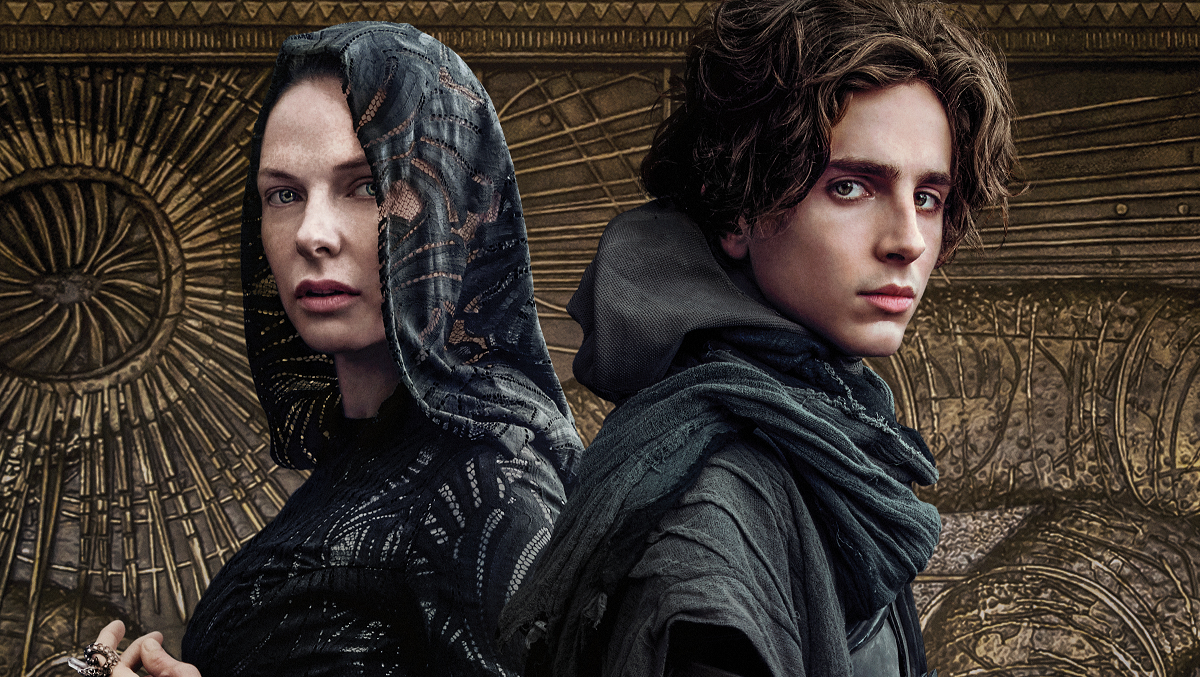 Remember when Timothée Chalamet tries to get out of a knife fight by saying, “give us a song, Gurney?” It’s a throwaway moment in Dune: Part One, as Josh Brolin’s Gurney Halleck tries to teach Paul the finer points of being a badass, but it’s a relevant beat. In Frank Herbert’s novel Dune, Gurney doesn’t just lead the Atreides soldiers into battle, he also plays the baliset, a fictional musical instrument that is kind of a cross between a mandolin and a sitar.

Though some scenes were filmed for Dune: Part One with Gurney holding a baliset, we didn’t get any of those in the final cut. And that’s because the legendary composer Hans Zimmer recorded a lot more music for Dune than we ended up hearing. Here’s why we now know there’s a lot of music left for Part Two.

If the world-building of Dune’s sonic landscape feels all-encompassing that’s because the approach to this score wasn’t just about adding a layer. Zimmer says there was an utterly “holistic” approach to recording the music for the new film, which had more to do with building the sounds from the ground-up, regardless of what was going to be used. To accomplish the unique sounds of the percussion and the voices for the Dune score, Zimmer says “We made up a lot of new instruments [with] some crazy synthesizers. There are sounds that are not of humanity. I mean, with some rhythms — there’s no way a drummer could play that.”

Zimmer also wants fans to know that the use of female vocalists in the score was something he and director Denis Villeneuve jointly decided was essential, in order to honor the source material of the novel.

“Both Denis and I felt very strongly about the presence of female voices,” Zimmer says. “I think the underlying game Frank Herbert plays with us is that what drives the story forward is really the women. They’re in charge, the Bene Gesserit. It’s always a woman who seems to have the true strength in these stories.”

As fans start to anticipate what to expect from that next cinematic Dune installment, the best way to predict that future is to look at the fascinating layers in the movie that’s out now. Although longtime spice heads have probably spotted most of the visual Easter eggs in Dune: Part One, there’s a very real chance the auditory Easter eggs may be cleverly hidden.

In the track “Stillsuits” — when Paul and Lady Jessica begin their dangerous crossing through the desert — there seems to be a slight nod to the other famous Dune score, composed by Toto and Brian Eno for the 1984 David Lynch film. Zimmer says “I’ve never seen David Lynch’s film,” and also asserts he’s never seen any version of Dune, other than the documentary Jodorowsky’s Dune. Because that failed 1970s version of Dune was planned to feature music from Pink Floyd, Zimmer incorporated a cover version of the song “Eclipse” into the first trailer for the film. Zimmer says he talked “on the phone with Roger Waters,” who advised him on how to get all the nuances of that song just right.

But that’s not all. Zimmer says there are even deeper cuts.

“When I was writing the end titles, I realized there was a bassline that I’d heard before,” Zimmer reveals. “And I suddenly remembered that Klaus Schulze wrote a song called ‘Frank Herbert.’ I basically lifted the bassline from that. So, I phoned Klaus and asked him ‘could we make this a co-composition. But he was quite thrilled that something he wrote so many years ago still echoed into this century.”

So, with more Dune on the way, will we see or hear those Gurney songs, even though they’re not on the soundtrack? Zimmer makes it clear that what you don’t hear is as much a part of the world of Dune as what you do hear.

“Let me put it this way, I did record them,” Zimmer states firmly when asked if we’ll ever hear or see Josh Brolin’s Gurney play the baliset. “I haven’t quite approached the subject with everybody, but I thought one of these days, it might be really fun to release them because we have a massive amount of songs.”

Although this is no spoiler for readers of the book, because Gurney does survive well into the end of the first Dune novel, it’s conceivable that some of the songs sung by Gurney could find their way into Dune: Part Two. When the news of the sequel was announced, Zimmer jumped on Twitter saying, “Thank goodness I have some music left!” And it turns out, he’s not kidding around. In 2023, here’s hoping the baliset must flow.

MCU Villain Redemption Arcs Ranked from Worst to Best
The Last of Us: How Long Does It Take to Beat the Games?
Actual footage of me on the search to find the Westworld ending we all deserve 🙃 #shorts #dust
Marvel Studios’ Ant-Man and The Wasp: Quantumania | Experience
Other Space | Comedy Sci-Fi Series | Coming Soon to DUST on TV