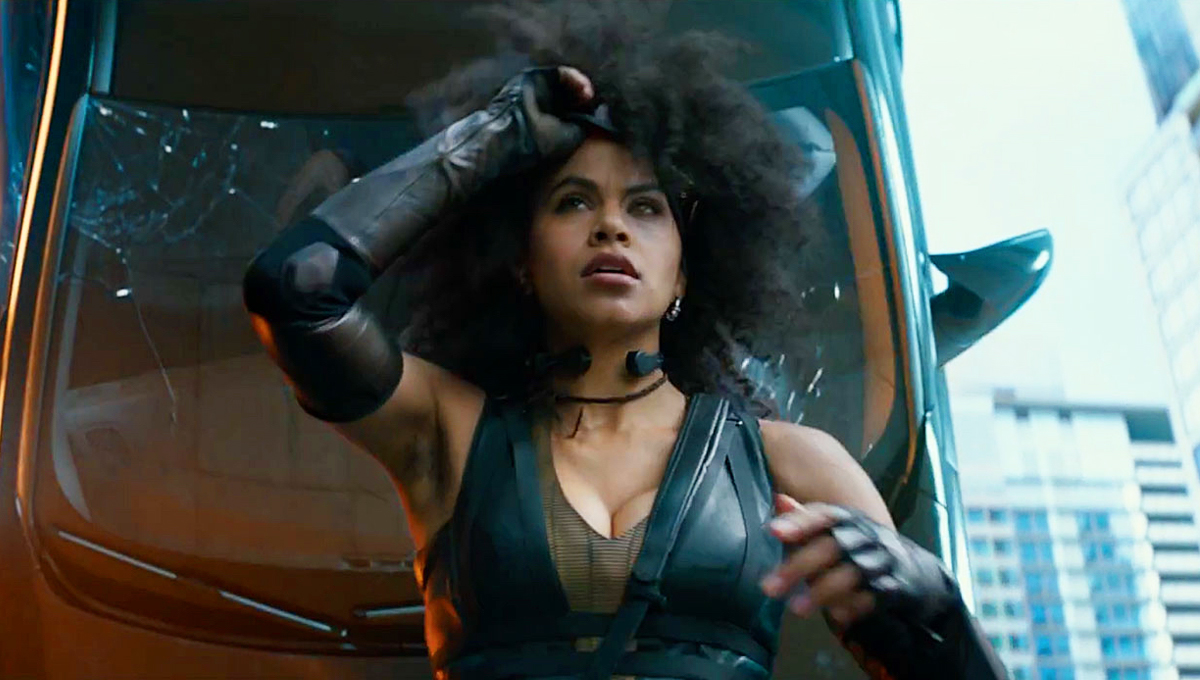 Beetz, a German-American actress, debuted as Domino in Deadpool 2 coming off momentum from a role (that’s still ongoing) on FX television drama Atlanta. The mutant mercenary character, a creation of Rob Liefeld and Fabian Nicieza, debuted in 1991’s The New Mutants #98—the same key issue in which Deadpool himself first appeared—and was clearly the focus of future movie plans by Fox, given the spotlight she received in the cinematic sequel. Indeed, Beetz’s Domino not only proved to be an integral ally to Deadpool in the film, but was teased as a component for the studio’s ultimately-unrealized plans for an X-Force spinoff, presumably alongside Josh Brolin’s Cable. Yet, as Beetz implies to ComicBook.com, Domino’s power of luck could still bring about an MCU return one way or another.

“I would love to revisit Domino,” says an enthusiastic Beetz. “I would love to do a Deadpool 3, 4, 5, 7, 19. I’ve also wanted to be like, ‘Maybe I could just do my own origin story.’ I feel honored to have been able to depict her on screen and to have played with her, as her. I love her and so I would be more than happy to revisit her on camera. And I think I will. If Disney doesn’t make it happen, I’ll make it happen.”

It’s no surprise that Disney opted to continue the (R-rated, very-un-Disney) Deadpool films, even after the connected X-Men film franchise—a once-great bellwether branding for the comic book movie genre—went out on a double-header whimper with 2019’s derided and profit-deprived X-Men: Dark Phoenix and delay-plagued, ultimately-anemic 2020 spinoff effort The New Mutants. Indeed, 2016’s original Deadpool was a $782.8 million worldwide-grossing surprise hit (against a microscopic $58 million budget) that resonated with wide audiences and even redeemed a notorious moment in Reynolds’s career from his role as a now-anachronistic version of the character, Wade Wilson/Deadpool, in 2009’s X-Men Origins: Wolverine. Yet, the studio took a gamble with the sequel by toying with the formula in the hopes that it would expand the tangential franchise, notably with the presence of Beetz’s Domino.

Indeed, 2018’s Deadpool 2 represented what was clearly intended as a franchise-building hub for Fox, which used the film to lay the groundwork for a new, R-rated path for further prospective X-Men films by introducing an array of characters such as Domino. While some might say that the character-filled franchise-minded agenda got in the way of what made the irreverent, trimmed-down original film such a groundbreaking effort, the film nevertheless grossed $786.4 million worldwide (albeit against a nearly doubled budget of $110 million). Yet, Domino fulfilled her purpose, and emerged as one of the more memorable elements from the chaotic, time-bending sequel, despite coming into the fray rather late in the film, as part of Deadpool’s audition for allies to make up a team he calls—with blunt franchise prescience—X-Force.

While the look of Beetz’s big screen version of the classic character from The New Mutants and X-Force differed from the chalk-white character from the comic book lore, her mutant power of luck—which is really just a manifestation of subconscious telekinetic and psionic abilities—were reminiscent of the comic counterpart, and proved integral to the sequel’s time-altering plot. Consequently, while the groundwork that Fox had laid for characters such as Domino to return—notably for the now-nixed X-Force spinoff, which last had Drew Goddard attached to direct—has been devastatingly dusted by Disney’s IP Infinity Gauntlet, the interest generated from her Deadpool 2 appearance still remains over three years after the fact. Thus, Beetz’s desire to return to the role is hardly outside the realm of possibility.

For now, though, chances for a Domino return clearly depend on whatever plans Disney subsidiary Marvel Studios has in store for the long-awaited Deadpool 3, which still doesn’t even have an official place on the company’s lengthy multi-medium MCU docket. However, make no mistake, the Merc with a Mouth’s MCU-set threequel has been officially confirmed—in all its would-be R-rated glory, no less. In fact, Disney has already delivered Deadpool’s first shot across the MCU bow with this past July’s promo for the Reynolds-starring comedy Free Guy, with a promo video in which Deadpool shares a couch—and some thoughts on the film in question—with Taika Waititi’s stone-skinned alien MCU character, Korg. Thus, the MCU breach has already been opened for Beetz’s Domino—notwithstanding the possibility of the return reaching Deadpool 19.

Should Marvel Change MCU Strategy on Disney+?
New Batman and Robin Movie, Green Lantern TV Show, and More Announced for Revamped DCU
Junji Ito Maniac: Ranking the Stories From Creepy to Downright Terrifying
The only way you’ll get me to run is if a Allosaurus is chasing me.🦖 #short #shorts #scifi
Bank of Dave, Men and the Underrated Genius of Rory Kinnear