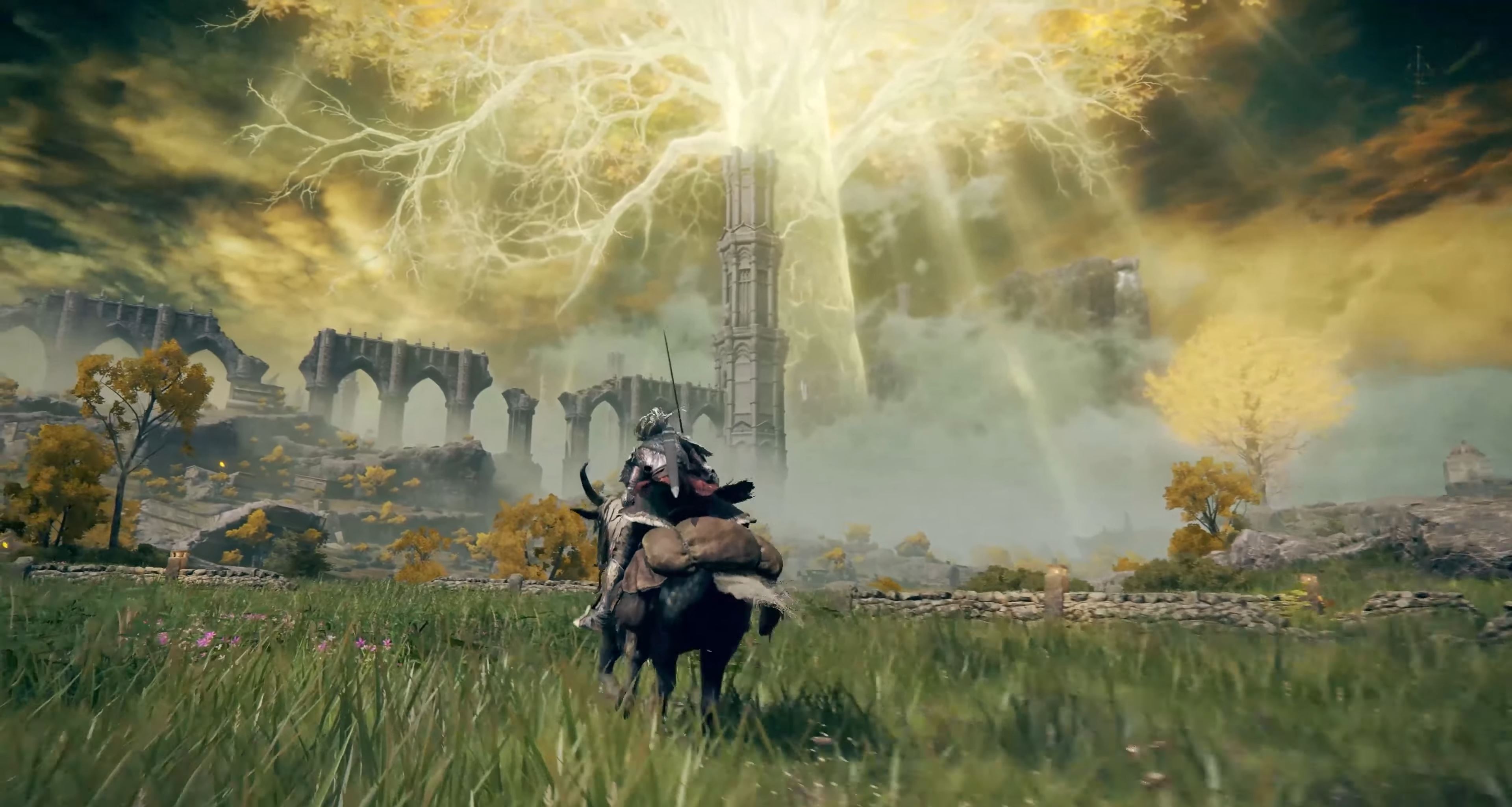 The latest Elden Ring gameplay preview video left us with a lot to talk about (which we hope to share with you soon), but one little thing you may have missed from that preview was a brief look at Elden Ring‘s stats screen and how this game’s attributes will seemingly make some notable changes to the Dark Souls formula.

While Elden Ring isn’t technically a Dark Souls game, you don’t exactly have to squint your eyes to see the many ways that the upcoming game borrows certain ideas from the Dark Souls series. This is a FromSoftware game, after all, so nobody thought the studio was just going to abandon all of the incredible work that they’ve done up until this point and somehow decide to start fresh.

At the same time, not every Dark Souls game is exactly the same, and with Bloodborne and Sekiro, FromSoftware has shown that they’re willing and able to retain key elements of the Soulsborne formula while playing with the specifics in such a way that makes each title feel distinct. As such, fans wondered what little ways Elden Ring was ultimately going to distinguish itself from the fundamentals of that genre/series.

Well, a very quick glimpse at Elden Ring‘s stat screen that we were treated to in the trailer above suggests that Elden Ring will retain many of the core character-building qualities that we’ve come to know and love from the Dark Souls franchise while removing or altering some of the stats that have been staples of that series. For a better look at what we’re talking about, take a look at the stat screen for Elden Ring (left) compared to the stats screens for Dark Souls and Dark Souls 3 (middle and right, respectively).

We’ll get to Dark Souls 2 in a bit, but as you can see from those screens, the biggest difference between Elden Ring and some of the previous Dark Souls games is that the former no longer features the Vitality stat that helped define many older Dark Souls character builds.

In the original Dark Souls, Vitality was largely used to determine a character’s total health pool. In Dark Souls 3, the Vitality stat was “upgraded” in such a way that made it primarily affect a character’s equipment load, physical defense, and poison resistance. The fact that Vitality was so much more versatile in Dark Souls 3 led some to believe that it may be just as (if not more important) in Elden Ring. For that matter, the fact that Vitality is also a key stat in Bloodborne and Sekiro at least led most fans to assume that it would at least be present in some way in Elden Ring.

So, as you can imagine, we’re all a little shocked to see that Vitality doesn’t appear to be in this game at all. Given that Vigor has historically also impacted a character’s health pool in Dark Souls games, our best guess at this time is that Vitality’s functionality has effectively likely been assigned to the Vigor stat or otherwise split between Vigor and Endurance. It seems like removing Vitality could just be part of the team’s effort to consolidate all these stats a bit, but that’s really just a guess at this time.

It seems like that’s also what happened to the Resistance stat, which was in Dark Souls but was removed in Dark Souls 3 and doesn’t reappear in Elden Ring. Interestingly, though, Dark Souls 3 essentially assigned many of Dark Souls‘ Resistance qualities to the Vitality stat which, again, is also not in Elden Ring. Considering that some Dark Souls fans have long complained that Vitality is one of those stats that actually limits character build creativity and contributed to a “power imbalance” between the core stats, my guess is that fans will welcome at least the idea of these changes.

Speaking of equipment load-affecting stats, it’s interesting to note that Elden Ring lists “Med. Load” under Equip Load, which is not terminology we saw in previous Soulsborne games. The theory at this time is that this information could help more easily convey a character’s range of movement based on their equipment load, but then again, it could just be a way to more easily convey your current load at a glance.

Elden Ring‘s Arcane stat is also a bit of a mystery at the moment. It’s obviously tied into magic builds in some way, but how? Given what we saw in the trailer, the popular theory at this time is that it might affect a character’s summoning abilities, but it’s not entirely clear how that stat will work with or against Intelligence and Faith. “Mind” is also a bit of a wild card at the moment, though most fans assume that it will effectively replace Dark Souls‘ Attunement stat.

The Luck stat has also been removed since Dark Souls 3, which is honestly not a huge loss in my opinion, though it’s certainly possible that it will effectively appear in some other form. Actually, that may be exactly what the “Discovery” stat will end up being.

What about Dark Souls 2, though? Well, Dark Souls 2 was…a lot and quite different from Dark Souls and Dark Souls 3 in many ways. As you can see, Elden Ring‘s stat screen certainly looks less cluttered than Dark Souls 2‘s did:

While we’re waiting for confirmation on what some of these new Elden Ring stats actually mean, I’ll again go back to the idea that it really seems like Elden Ring is trying to streamline things to a degree and perhaps pivot away from some of the more “useless” stats that we saw in some of the Dark Souls games. While I highly doubt that means Elden Ring is “simplifying” character-building compared to some of the other Dark Souls games, I’m definitely eager to dive into this game and experiment with the ways these various stats work with each other and the possibilities they ultimately allow for.