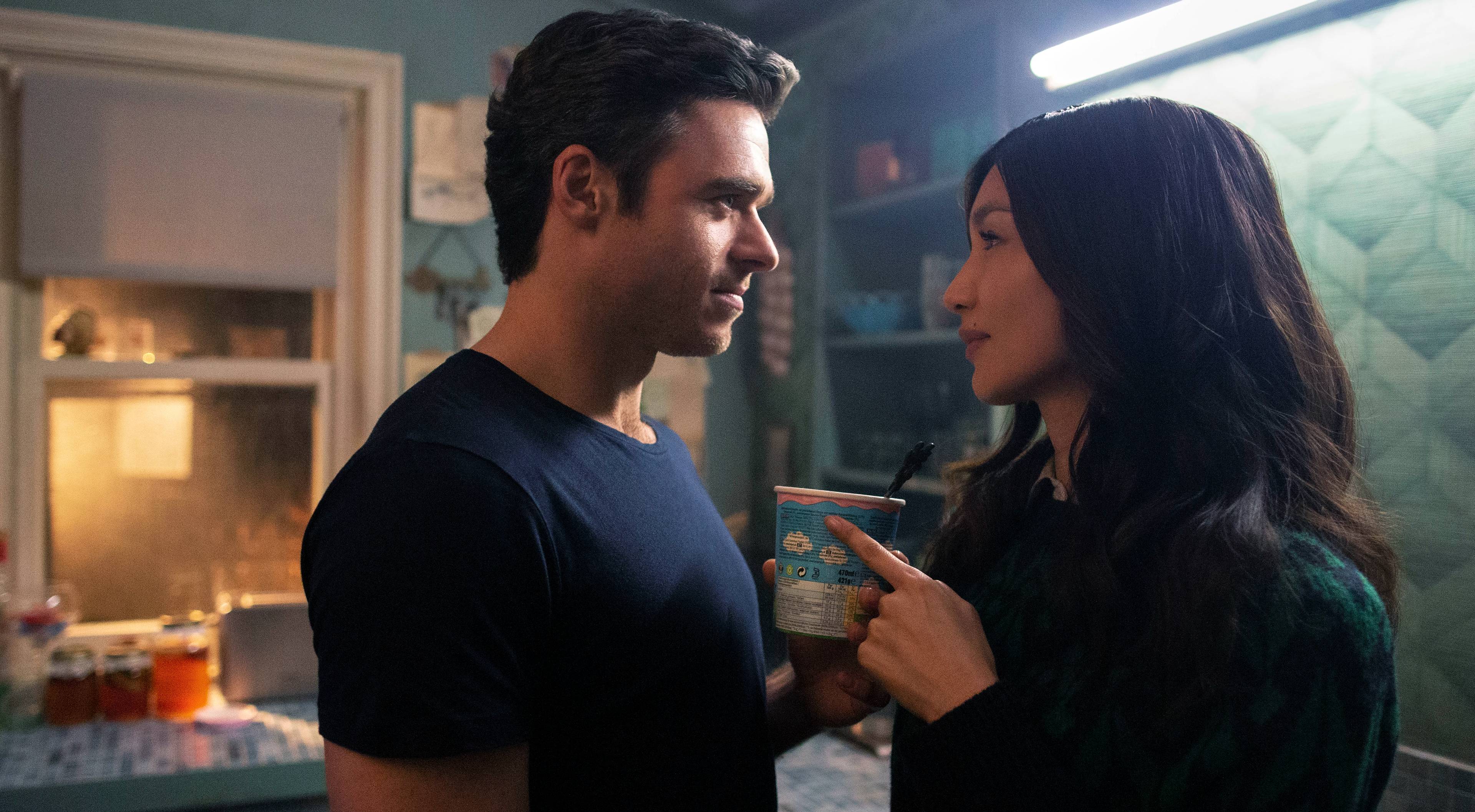 With its divisive reception among critics and even diehard fans, tongues are definitely wagging over Marvel Studios’ 26th theatrical release, Eternals. But despite low marks across the board from review aggregates and audience polls, the film is still doing (barely) adequate business by Marvel standards. Indeed, Disney now estimates Chloé Zhao’s unique entry in the franchise grossed $71 million over the weekend—the lowest debut for a Marvel movie since Ant-Man earned $57.2 million in 2015, but above the $65 million range competitors were estimating yesterday.

The news comes after the online discourse around Eternals heated up due to the movie receiving the first “Rotten” score on the film review aggregate site, Rotten Tomatoes. Going into the weekend, many began speculating whether Marvel could replicate its magic trick in September when the also relatively unknown superhero property Shang-Chi overperformed against COVID-19 pandemic expectations and grossed $75.3 million over its first three days in North America—paving the way for an impressive $400 million+ global cume so far during its pandemic run.

For what it’s worth, Disney projected Eternals opened in the same ballpark, albeit notably behind this year’s Shang-Chi as well as Black Widow, which grossed $80 million during its U.S. debut despite also being available on Disney+ (with a $30 surcharge). Perhaps more troubling though for Disney and the film’s long-term box office prospects, Eternals posted the lowest CinemaScore rating that a Marvel film has ever seen, receiving an anemic “B” grade from the industry pollsters. This falls below even Thor’s previous ground floor score of “B+.” For context, any film that receives below an “A-” or especially a “B+” is considered negative to Hollywood studios who depend on high positivity to churn out useful word of mouth.

Along with critics, it would appear audiences have never been more polarized by a Marvel film in the studio’s 13-year run. And that differing matter of opinion has visibly led to fewer ticket sales overall. With that said, the number and frosty word of mouth is not quite the disaster some might make it out to be. Eternals has still grossed over $160 million in its global opening weekend, and did not open excessively behind Shang-Chi. Additionally, the low rollout for Marvel is still higher than other franchises’ ostensible successes during the pandemic, such as when the new James Bond movie, No Time to Die, opened lower than expected at $55.2 million last month.

In fact, even with its soft premiere, Eternals is still the fourth highest North American opening of 2021, with two of the other three films above it also being Marvel products. Nonetheless, when the highest debut of the pandemic is currently a non-Marvel superhero movie called Venom: Let There Be Carnage, it’s easy to imagine someone is grimacing within the bowels of the Walt Disney Company.

The debut also comes at what is increasingly feeling like a crossroads for the Marvel Studios assembly line. As Phase 4 began in earnest in 2021—and after the pandemic caused the most popular franchise in the world to take a year off—the company had finally achieved its goal of having four films out in a single calendar year, as well as five Disney+ television series when you count the animated What If… ? and this month’s forthcoming Hawkeye. Some might think Marvel would thus be nearing a saturation point, yet the studio has managed to keep its popularity high. Their movies remain the most reliable thing at the cinema during the pandemic, and the company has successfully launched genuine “water cooler” TV shows, most notably WandaVision and Loki.

Additionally, the company has also used the beginning of Phase 4 to experiment with its formula in increasingly more ambitious ways. Their biggest success in this regard has been on the small screen with WandaVision. That show was incredibly well-received, including with Emmy nominations, because for at least its first handful of episodes it did not feel like something off the Marvel conveyer belt, and brought in a TV audience that might normally not buy a ticket to an Avengers movie, never mind Eternals. Still, the new Zhao movie similarly pushed the boundaries of what a “Marvel movie” looks like, with Zhao’s signature interest in cinematography bathing the film in natural light and a more somber tone.

Yet that unusual quality of Eternals is something audiences and even critics have rebelled against. There’s been a common complaint that the movie is not “fun” enough or fails to feature Marvel’s typical sitcom-like litany of punchlines and one-liners. Thus it’s worth wondering if the muted reception toward Eternals could give Disney pause about moving too far afield from Marvel’s winning formula, at least with their theatrical releases where audiences have been conditioned to expect a consistently familiar (and sometimes interchangeable) product.

In any event, if you were disappointed with Eternals but still want to make a second pilgrimage to the cinema this week, there’s plenty of other options at your local multiplex. For instance, Edgar Wright’s Last Night in Soho and Ridley Scott’s The Last Duel both debuted to higher critical notices and CinemaScore ratings from audiences, and they could both use some deserved attendance after last month. Just a thought.

Dead Space Remake: How to Unlock Every Suit
How Did the Cordyceps Infection Start In The Last of Us Games?
Happy Valley Series 3 Episode 5 Review: James Norton Kills It As Tommy Lee Royce
MCU Villain Redemption Arcs Ranked from Worst to Best
FLASH FACTS | Official Trailer