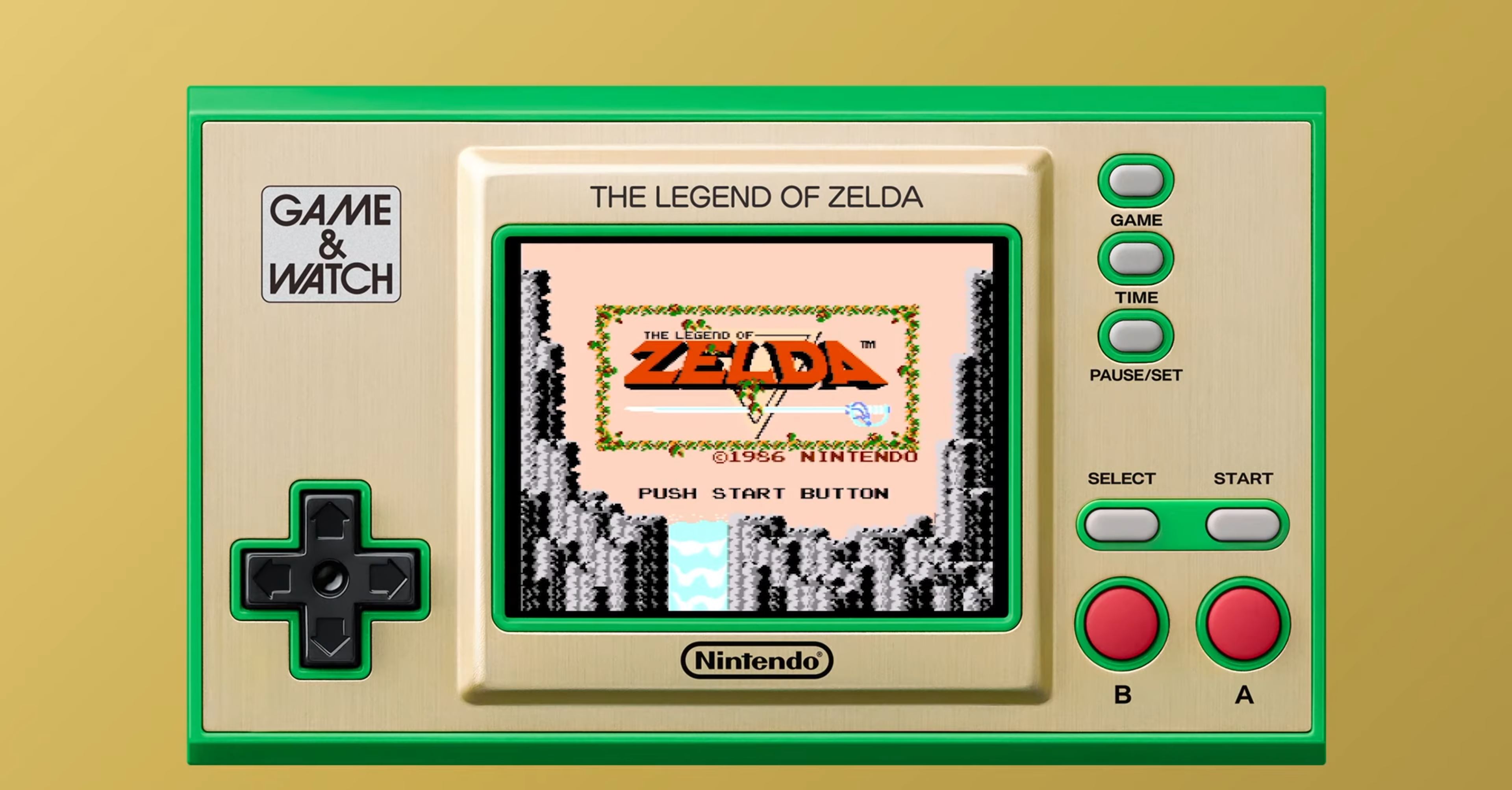 This article is presented by Nintendo.

With Nintendo reviving its classic line of portable Game & Watch handhelds last year in honor of Super Mario’s 35th anniversary, it was only fair to give The Legend of Zelda the same treatment. Sure, we’ve had the pleasure of celebrating that franchise this year with the launch of Skyward Sword HD for the Nintendo Switch and Ocarina of Time joining the Nintendo Switch Online Expansion Pack’s lineup, but why stop there? The new Game & Watch: The Legend of Zelda is an ideal way to honor this series’ legacy.

The Game & Watch features The Legend of Zelda, Zelda II: The Adventure of Link, and The Legend of Zelda: Link’s Awakening all bundled into one fantastic device. Before you dive back into these legendary journeys, though, let’s take a little time to celebrate this series ourselves by highlighting just a few of the ways those classic games and this format expertly demonstrate just how far these adventures have come and how this franchise has contributed to the evolution of gaming.

Originally released in 1986 for the Famicom Disk System before arriving on the Nintendo Entertainment System a year later, it’s easy to take the interactive magic found in the very first The Legend of Zelda for granted. Played from a top-down view, it was your job to progress through a diverse overworld in search of the scattered pieces of the Triforce. By the journey’s end, you will have rescued Princess Zelda from the villainous Ganondorf and brought peace to the kingdom of Hyrule. Such in-depth storytelling and lore were truly innovative in the late ’80s and perfectly represent just how ambitious that title truly was despite its technological limitations.

Are The Legend of Zelda’s graphics relatively quaint today? Yes, but revisiting it 35 years later, one can still appreciate the game’s unique environmental design filled with castles, beaches, waterfalls, and high-fantasy trimmings. The Legend of Zelda represented a huge leap over the choice-based text adventures players had to rely on in years prior if they wished to replicate a grand fantasy adventure like The Lord of the Rings.

The Legend of Zelda was a sword-and-sorcery journey that looked as grand and epic in scope as the best fantasy tales, and it remains the foundation that almost every other Zelda game has been built upon ever since. In many ways, it also laid the groundwork for the next 35 years of gaming by raising our expectations and changing the conversation about what a video game could be.

Zelda II: The Adventure of Link: A Sequel Unafraid To Take Risks

Sequels to successful games typically played it safe back in the day. That was certainly not the case for The Legend of Zelda, though, as its follow-up, Zelda II: The Adventure of Link, incorporated a 2D plane perspective and placed greater emphasis on RPG elements. Such a stark change did nothing to dampen the second outing’s thrills, but it did let fans know that not every entry in this series would play out quite the same. It was a bold approach that still defines the spirit of the franchise all these years later, as seen by the striking differences between 2011’s Skyward Sword and 2017’s Breath of the Wild.

Certain hallmarks like Hyrule, Link, Zelda herself, and the Master Sword may always remain, at least for the most part, but The Legend of Zelda has never been a franchise content with standing still. That’s quite a good thing for gamers everywhere, though, as when the opportunity to revisit an especially unique entry (as many consider The Adventure of Link to be) comes up, it makes it that much easier to appreciate how even the earliest entries into this series were so committed to exploring bold new ideas.

The series would never return to the side-scrolling format featured so prominently in that sequel, yet The Adventure of Link is responsible for introducing lasting concepts like Dark Link, magic spells, and the presence of notable NPCs that you meet as part of the quest. Beyond those franchise innovations, The Adventure of Link also advanced the evolution of the ARPG genre as well as granted a generation of gamers a new perspective about what a video game sequel could be.

The first The Legend of Zelda delighted gamers by presenting a strange and mysterious fantasy world for them to explore, but the ability to explore such a world in Link’s Awakening for the Nintendo Game Boy was arguably an even more impressive accomplishment. This was the game that placed the rich beauty of Koholint Island within the palm of your hands. Better yet, recognizable elements such as exploration, puzzle-solving, and key items all comfortably carried over. It made for a hero’s journey that felt different due to being set outside of Hyrule, while still unabashedly looking and feeling like a Zelda game.

Link’s Awakening also set a precedent for a new kind of development cycle that enabled the creation of so many styles of Zelda games. One year Nintendo players could enjoy top-down adventures on a handheld device, while Link’s more 3D-based exploits were released for home consoles. Both types of Zelda adventures reached a point where they were held in equally high regard, but handheld consoles like the Game Boy and Nintendo DS let the franchise stay true to its origins, albeit with their own unique mechanical spins (such as stylus controls and co-op multiplayer support) thrown in.

Link’s Awakening showed that handheld games could be every bit as impressive as their console counterparts while still offering something distinctive. Becoming the hero of Hyrule on the go is a tradition that will certainly be carried on by the release of Game & Watch: The Legend of Zelda.

The Legend of Zelda: The Origin and Evolution of Inventive Dungeon Designs

Making your way through the likes of Hyrule and Koholint Island would mean nothing, of course, if there weren’t plenty of sufficient challenges to conquer along the way. Luckily, The Legend of Zelda has never been lacking in such challenges, as even the earliest games in this franchise featured distinctive puzzle-laden areas known simply as dungeons. It’s a design element that’s come to define the series to this day, with Link constantly unlocking new key items and methods of traversal that he can then use to further open up the overworld.

Zelda solidified, and perhaps perfected, the idea of having locations within a location where your puzzle-solving skills would be tested. Each dungeon would also, more often than not, adhere to a theme, whether that’s the Eagle’s Tower found in Link’s Awakening or The Adventure of Link’s Maze palace. Regardless of what a dungeon would throw at you, though, there’s always a strong chance of a boomerang, bow, or Link’s famous Hookshot lurking nearby.

The satisfaction of overcoming such intricate puzzle boxes remains a thrill, and it’s a feeling that you can only really get from The Legend of Zelda despite so many other great games’ incredible attempts to replicate the franchise’s sense of adventure.

Game & Watch: The Legend of Zelda is out on Nov. 12. Learn more about the new Nintendo handheld here.