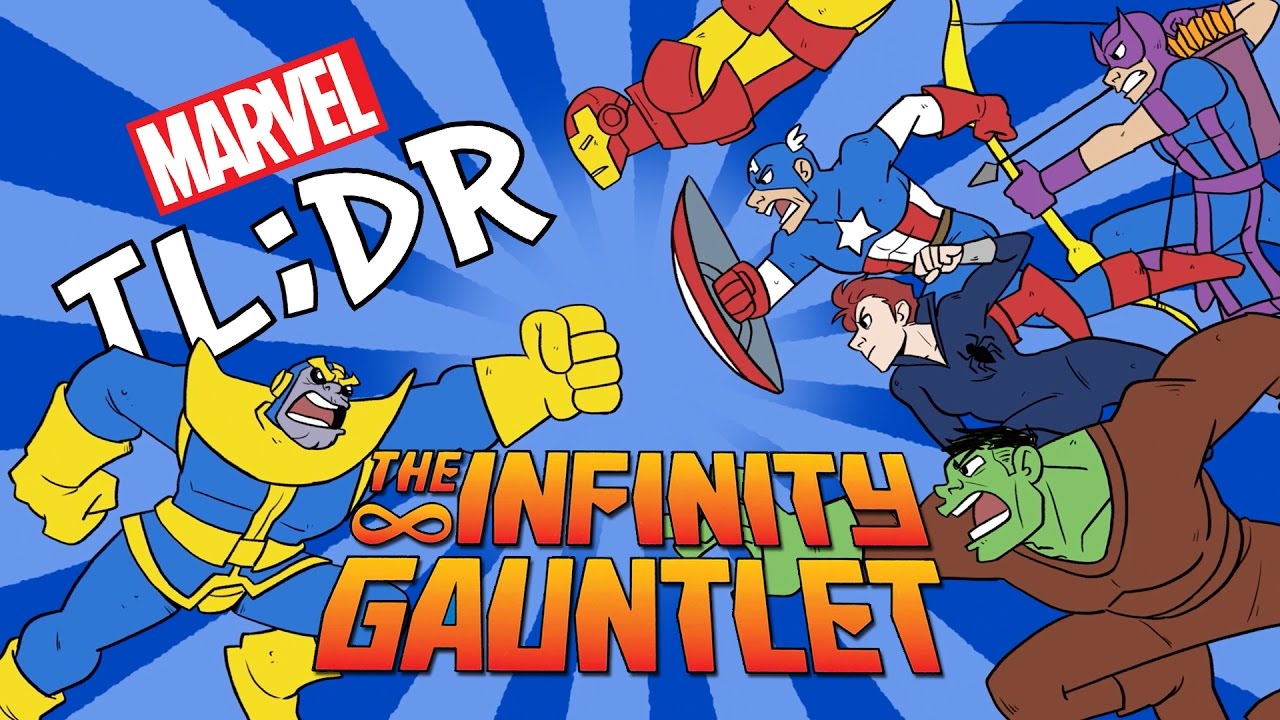 Ads by Amazon
Share on Facebook
Share on Twitter
Share on Pinterest
Share on LinkedIn
Today, Marvel tells the mesmerizing story of the Infinity Gauntlet. This, friends, is an epic love story with an equally epic battle as one villain tries to secure the heart of his love. Follow Thanos on his quest to secure the Infinity Gems, prove his love for Mistress Death and eliminating half the life of the Universe! ► Subscribe to Marvel: http://bit.ly/WeO3YJ

About Marvel TL;DR:
“Marvel’s TL;DR” is for the Marvel fan who hasn’t gotten the chance to dive into some of Marvel’s most epic collections and thought they were too long and didn’t read, or as it’s more commonly expressed, TL;DR.