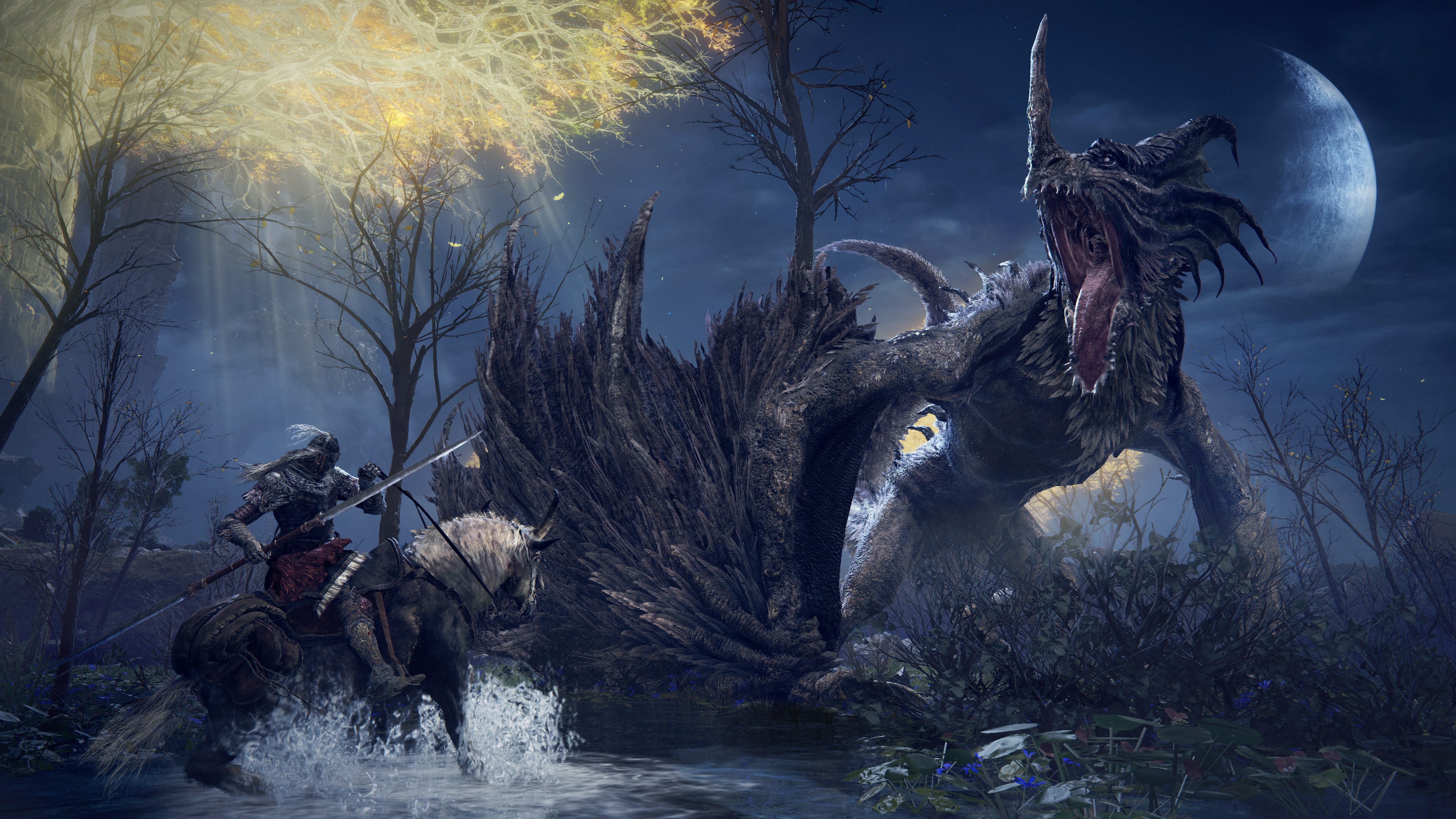 After watching Elden Ring’s extended gameplay preview many, many times since it was unleashed last week, I’m starting to think that the much-anticipated 2022 title is already doing some things that show it will almost inevitably improve upon some of the biggest weaknesses of modern open world games.

To be transparent, I will admit that I previously compared Elden Ring‘s hype to Cyberpunk 2077‘s hype, and I will stand by that warning. We should all be aware by now that there is no such thing as a guaranteed great game, and we should all prepare ourselves for the ways the nature of the development process (as well as the unique challenges of pandemic-era game development) can make even the most promising games fall well short of their potential.

For that matter, Elden Ring‘s recent delay should make it clear that Elden Ring is, at the very least, not quite finished. As such, what we’ve seen so far are only glimpses of an incomplete version of the final game and curated glimpses at that. We really just met Elden Ring, and we really don’t know it well enough to start talking about our future with it with total confidence.

Still, what little we’ve seen of Elden Ring so far (relatively speaking) has already made it clear that the game will seemingly address two of the biggest weaknesses of many modern open world games: conveying the thrill of organic exploration and creating a genuine sense of danger.

It’s tempting to use this space to start calling out the “Ubisoft-style” of open world designs and the ways they have shaped a formula that is replicated far too often, but that’s not necessarily the issue here. Some of those games (whether they’re made by Ubisoft or not) are quite good and offer a charm of their own as well as generally entertaining gameplay experiences (though there are certainly some exceptions in that category).

The thing about a lot of those games, though, is that they are very much objective-based to the point that you start to realize that large chunks of the world likely have little more to offer than the occasional Easter egg or a way to make the world feel technically bigger than it actually is. While some titles manage to subvert that shortcoming via certain mechanics (such as Marvel’s Spider-Man‘s web-slinging traversal system), the basic problem with those titles is that they kind of have to find ways to make you really care about (and buy into) the possibilities located between the objectives and make those parts of the world feel as full and rich as the sections meant to play host to some kind of scripted bit of entertainment.

That brings us to the “danger” element. This will undoubtedly be a divisive topic, but generally speaking, I feel like an element of danger contributes to the joy of exploring a great open world environment. If the idea is to enhance the thrill of simply exploring a video game world whether or not you’re participating in a curated piece of content, then the believable possibility that there might be something around that corner you’re not quite prepared for and not confident that you can overcome does naturally enhance that thrill. Even causing random chaos in a game like GTA 3 to the point where the military is called in creates a persistent threat of danger that adds a little more weight to your most basic choices.

Even some very, very good open world games struggle to put those pieces together. For instance, Death Stranding is arguably a perfect example of how to make an open world feel like a constant threat (as well as the source for tremendous opportunities), but there’s a degree to which that game is practically designed to encourage you to find quicker ways between two points so you can experience the thrill of not having to slowly navigate that world. Ghost of Tsushima offers a stunning world to explore, but even it sometimes suffers from the idea that the big moments in that game (as well as the big threats) are all tied to quests and objectives (though the game does do a better job in that area than some of its competitors).

What we’ve seen of Elden Ring so far strongly suggests that FromSoftware is not taking the “in-between” areas of this game for granted, nor or they allowing you to feel truly comfortable in sections that may otherwise be mundane in other games. In the latest gameplay preview alone, we saw dragon attacks seemingly out of nowhere, chaotic weather events, wandering soldiers guarding valuable treasure, and a giant talking pot stuck in what appears to be somewhere close to the middle of nowhere. Maybe these are carefully chosen bits of gameplay meant to sell the idea that this world is more dynamic than it will actually be, but in a 20-minute preview, Elden Ring manages to sell the idea that its world is so much more than a home for the game’s dungeons, bosses, and objectives.

I think a lot of people at least quietly once wondered what a Dark Souls open world game would look like and perhaps quietly feared that if such an idea ever came to be that it would likely compromise the tight design of Dark Souls games by allowing you to essentially sidestep what the next threat ahead may be. Well, based on what we’ve seen so far, it seems like Elden Ring might just avoid that potential pitfall by giving us a world where you’re never entirely confident that the threat you’re avoiding is worse than whatever may lie in the path ahead.

When we were kids and used to dream of being in a dark fantasy world, we probably imagined ourselves slaying the dragon atop the pile of gold, being knighted in the king’s court, or enjoying the many possible pleasures that come with being the hero. As we got older, though, many of us probably realized that the thrill of victory in a fantasy world is often enhanced by the threat that failure was always a possibility. Elden Ring has a chance to join the elite ranks of open world masterpieces like Red Dead Redemption 2, Breath of the Wild, Fallout: New Vegas, and The Witcher 3 by gifting us a world that we desperately want to explore because we have no idea what thrills are around the next corner or what we’re going to do when we face it.