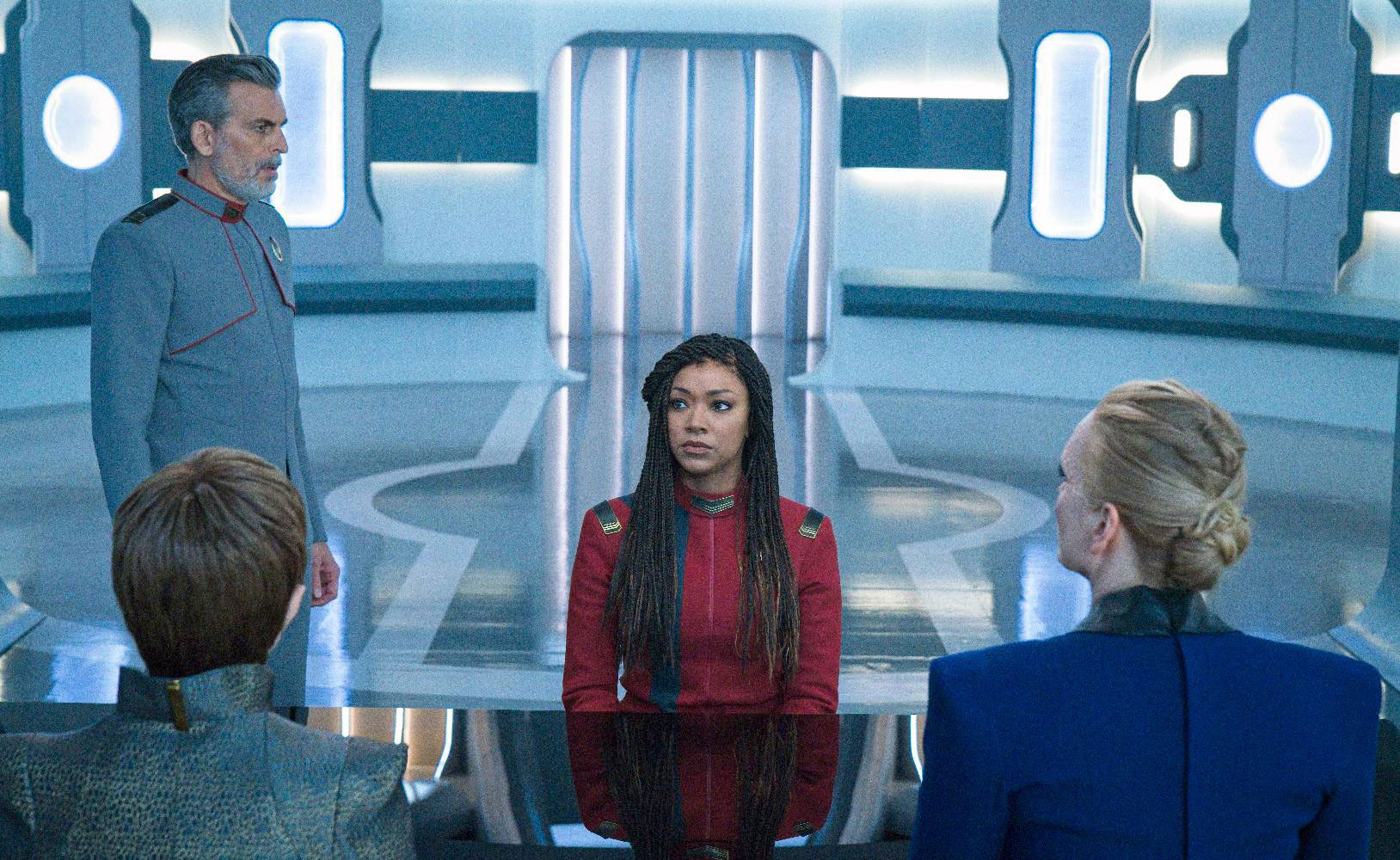 Ever since jumping into the 32nd century, Star Trek: Discovery has had a new lease on narrative life. In addition to the character consequences that organically come from an entire crew leaving their friends, family, and homes for a future entirely unknown, Season 3 began to delve into an exploration of what the Federation looks like centuries after most of the events featured in the Star Trek franchise. Last season, we found out what caused “The Burn,” the mysterious event that led to millions of Federation members dying when warp cores across the system near-simultaneously exploded. (Spoiler: it was a traumatized kid.) In Season 4, we will the Federation move on after that discovery, continuing to build back the foundation of the organization that has come to represent the hope at the heart of the Star Trek narrative.

But what will that foundation look like? Which alien races and planets will be a part of it? We got a glimpse of an answer to those questions in the trailer for Season 4, which shows the Federation leadership around a table. In the group, we see some familiar characters, including Ni’Var President T’Rin. We also meet some new characters, including the already much-discussed Federation president, whom we know from promotional interviews has a mix of Cardassian, Bajoran, and human ancestry—the main races involved in the struggle at the heart of Deep Space Nine story. The character seems to be straight-up DS9 fanbait, and I’m not complaining.

Speaking of DS9 fanbait, the trailer also includes a shot of a Ferengi in a Starfleet captain’s uniform, implying that the Ferengi have also joined the Federation. The shot has gotten a lot of attention from Trek fandom for the redesign of the Ferengi look, but frankly I’m just glad to have Ferengi back in the Star Trek universe fold, as part of this strange new future. When the Ferengi were first introduced in The Next Generation, they were meant to be relatively straight-forward antagonists. When they were deemed insufficiently scary, they turned into comedic menaces. It wasn’t until DS9 that the Ferengi got some proper complexity through the recurring characters of Ferengi family Quark, Rom, and Nog. I’m eager to see what this new generation of Ferengi will look like, and how Star Trek: Discovery will use the traditionally hyper-capitalistic culture to tell its Season 4 story.

How did Discovery go about choosing the characters who would make up the Federation leadership in Season 4? We had a chance to ask showrunner Michelle Paradise ahead of the season’s November 18th premiere.

“We’re always looking for who are the different alien species that we’re interested in,” says Paradise. “We’re always in this new future, looking at how can we mix things up a little bit. What are the species that we haven’t spent a lot of time with? Who can we see? So I think it came out of some of those discussions as well. And just what do we want to see around that table? And what do we want to suggest about the Federation at this point? At the end of Season 3, the Federation is starting to get to a better place. We’ve figured out The Burn. And we understand that it’s not an ongoing thing. And so, coming into Season 4, it’s a question of where’s the Federation now? What do we want to suggest about it? And where does the Federation still have to go? So it was a lot of those questions that led to those decisions.”

What questions do you have about the Federation in Season 4? Which alien races would you like to see incorporated into the story? Let us know in the comments below.

Dead Space Remake Release Time: When Will the Game be Playable?
Other Space | Comedy Sci-Fi Series | Coming Soon to DUST on TV
Wynonna Earp Season 3 Episode 5 Review & After Show
DC Movies and TV Shows: Full DCU Schedule
HBO’s The Last of Us: The Changes to Bill’s Story and the “Parallel Universe” of TV