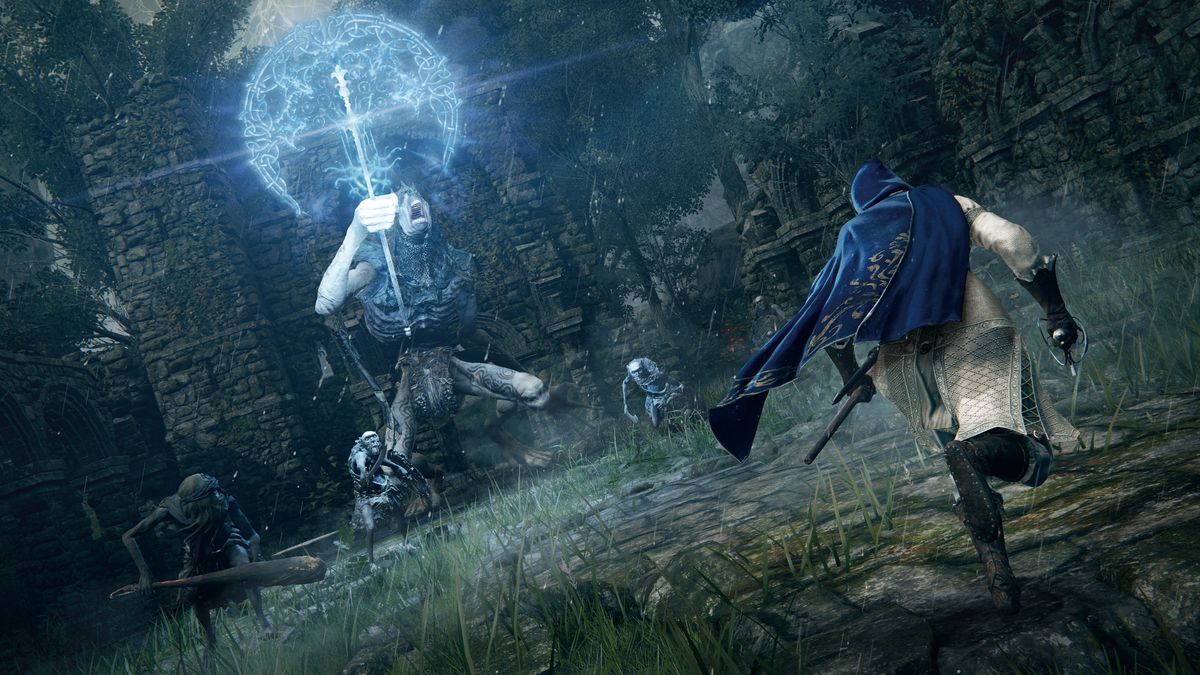 Elden Ring‘s ongoing network test is not only a great chance for some fans to play this game a little early but a chance for those who don’t want to go into the game completely blind to get a little more information about the open-world RPG’s core components such as its stats, equipment, and characters classes.

We’ll obviously be focusing on the last one of those today, though it is worth noting that your choice of character class in FromSoftware’s previous games that offered them usually ended up dictating the “pace” of the rest of the experience. Well, that appears to be the case with Elden Ring. While your choice of character class won’t be the final word about what kind of character you end up playing in this game, it is going to lay the foundation for this title’s role-playing possibilities.

While many fans suspect that we’ve only gotten a peek at the game’s final roster of character classes, here is a breakdown of the major differences between the Elden Ring classes that we’ve seen so far.

Elden Ring‘s Warrior class is probably not what you’d expect it to be based on some of FromSoftware’s previous games. There are some distinct differences between this Warrior and the one we saw in Dark Souls 3. Most notably, this Warrior starts with two Scimitar and a shield whereas the Dark Souls 3 Warrior had an ax and a shield. Actually, this class is strikingly similar to Dark Souls 3‘s Mercenary class in many ways.

Still, it feels like this is going to be a mostly melee-focused class that will probably end up being slightly more agile and versatile than some of the game’s alternatives. Actually, it’s quite interesting to see high the Warrior’s base Strength, Endurance, Vigor, and Dexterity are compared to its most notable alternative. Its lower Intelligence means that this class will likely use magic as a supplementary option, but that’s not necessarily a bad thing depending on your playstyle. It also has an incredibly high Arcane stat (essentially Elden Ring‘s equivalent of Luck), which is certainly a nice little bonus given what else you get.

We’ll see how some of the specifics of Elden Ring‘s equipment and stats systems play out, but it really looks like this is going to be an ideal class for those who are looking for a speedier melee option that utilizes dual-weilding and wants to incorporate a little more magic into their repertoire.

The Enchanted Knight looks like an absolutely fascinating class that is somewhat similar to Dark Souls 3‘s Herald class (if we’re sticking with that game for comparisons) but is very much its own thing.

As the name suggests, the Enchanted Knight is clearly intended to be able to balance magic and melee while also being quite sturdy. What’s a little surprising is just well-equipped this class seems to be from a stats perspective. The slight hit it takes in Vigor, Endurance, and Dexterity compared to some alternatives is seemingly more than made up for by its still respectable base numbers in those categories as well as its shocking Strength and Intelligence stats. I can honestly see this classes’ apparent versatility making it an ideal PvE option.

However, it is very much worth noting that this class has very low Faith, which is seemingly required to use some of the game’s most powerful and impressive incantations. That could end up being a significant handicap if that stat ends up being as important as some say it is.

Well, the Prophet is clearly meant to be Elden Ring‘s version of the Cleric from Dark Souls 3, but there are a few differences between the two that are certainly worth talking about.

Simply put, Prophet’s high Mind and Faith mean that it’s going to be an absolute monster when it comes to incantations. Its low Vigor and Dexterity make sense given that this isn’t meant to be an especially durable melee class, but it’s not like Prophets are built to be destroyed during the occasional close encounter. They’ll be able to deal damage at closer ranges when called upon to do so.

One thing I am a bit curious about regarding this class is its lower Intelligence stat. While that stat seemingly doesn’t have much of an impact on its ability to use summons and incantations, it does mean that it will struggle with the game’s glinstone sorceries. That could make this a much more “focused” class than the ones we just talked about.

These Barbarians of the Elden Ring world are fairly easily compared to Dark Souls 3‘s Warriors, which is really just another way of saying that they’re obviously meant to be brutes who emphasize power and durability above all else.

While it’s easy to imagine choosing a Champion, going into battle with a giant weapon (or two), and withstanding all but the most devastating blows, it’s also worth knowing that Champions have the second-highest base Faith stat of any of the classes. That means that they’ll actually be able to balance their merciless melee attacks with powerful incantations, which could end up making them a remarkably capable combat class.

Still, you’re clearly sacrificing basic magic and general mobility when you pick this class, so we’ll see just how valuable those things end up being.

The Bloody Wolf is the Elden Ring class that has seemingly caught most people’s attention at this early stage of the game (largely due to its awesome name), and it seems to most closely resemble the Knight from Dark Souls 3 in a surprising number of respects.

This is a much more interesting class than it may initially appear to be. Yes, its incredible high Vigor, Strength, Dexterity, and Endurance mean that it will be a very capable melee class, but it’s worth noting that we’ve seen versions of these classes ultimately excel at ranged attacks in the past due to the way their mobility and durability allow them to keep their distance in tough situations.

That said, you’re really going to have to work to turn the Bloody Wolf into any kind of respectable magic-user, so you’ll probably be sticking to sword and bow combat at the start.

Why Dragon Quest Has Always Been So Much More Popular In Japan
Dave Bautista Has Talked to James Gunn About Future DC Movie Plans
Comic To Screen | The Sandman | DC | #Shorts
The Last of Us: How Long Does It Take to Beat the Games?
Happy Valley Series 3 Episode 5 Review: James Norton Kills It As Tommy Lee Royce