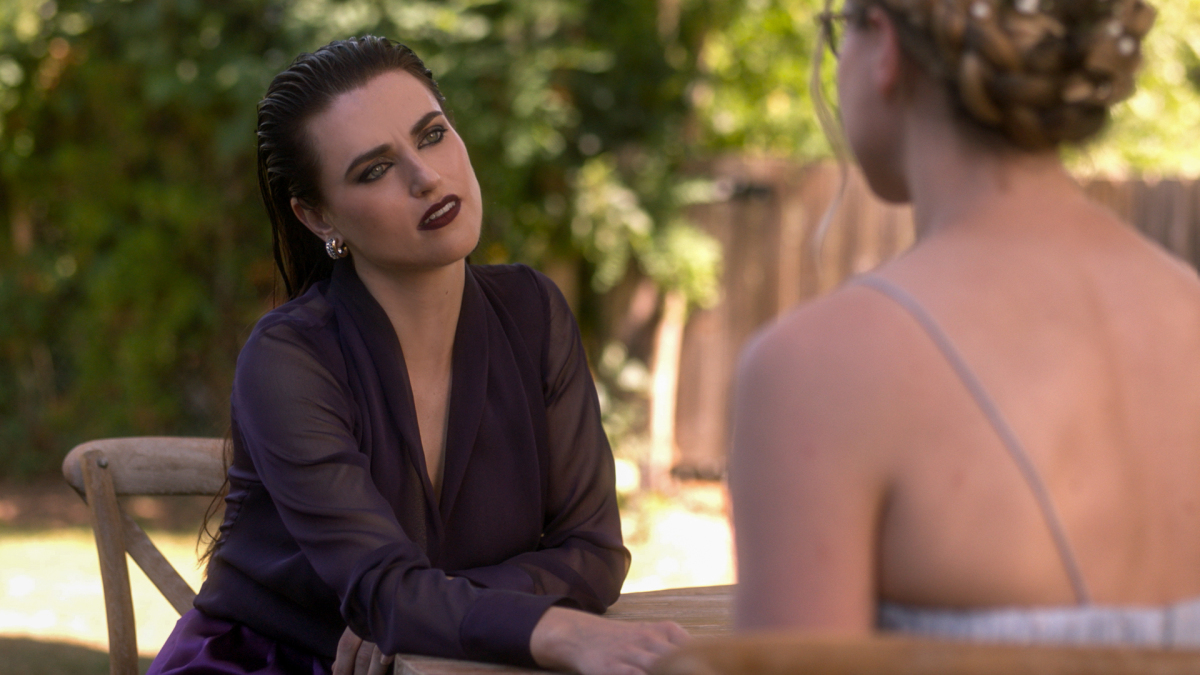 This article contains major spoilers for the Supergirl series finale.

After five long seasons, Supergirl has ended and Supercorp, the romantic pairing of Kara Danvers and Lena Luthor, is not, in fact, endgame – at least not canonically. In some ways it feels like this was always how it would go, but that doesn’t make it any less frustrating and even hurtful. For many viewers, especially the young LGBTQ viewership of Supergirl, this show and its fandom are their lifeline to the LGBTQ community. That’s become even more true during the pandemic years, when making community in-person has been a challenge. For those viewers especially, I hope you seek solace in fic and fandom, and do your best not to let what can be business-driven choices diminish your enjoyment.

To their credit, the Supergirl writers didn’t choose the nuclear option – and many viewers’ worst fears – and pair Kara off with her ex-boyfriend Mon-El, sending her to the future or to Argo City to be with a man she hasn’t spent any real time with in years. But not making the worst choice doesn’t exactly absolve them of the choices they did make.

J’onn J’onzz will apparently have a son with M’gann at some point, as we learned from Mon-El. While I don’t begrudge him that – M’gann is a great character and the two had chemistry – she disappeared earlier this season and she wasn’t much of a presence before that. With only sixteen episodes across five seasons, she didn’t have many opportunities. It’s not a knock on her, but rather another reminder that when it comes to straight people (and of course, everyone is assumed to be cis and straight, even on a show like Supergirl) all you need are a couple of single people with halfway-decent chemistry and you have yourself a couple. To get anything LGBTQ off the ground it takes far more than that.

It appears that the price Lex paid for saving Nyxly is that he won’t get to have a relationship with her, but that couple remains as a far more egregious example of this. Lex and Nyxly had spent no time together on screen and everyone who heard they were in love – including Lex’s own mother! – was aghast at the possibility. And yet, his love for her was so strong it radically changed him as a character. Narratively, it was interested. But once again looking at a straight couple being thrown together based on essentially nothing versus a queer couple that has everything going for them and still can’t be allowed together romantically, it feels absurd at best.

The CW’s history with LGBTQ characters

None of this happens in a vacuum. In the run-up to the two-episode finale, many fans invoked Destiel and the Supernatural series finale, wherein a longtime fan-favorite LGBTQ ship on another CW show was confirmed, albeit one-sidedly, and then the character was immediately killed. Destiel and the Supernatural series finale trended on Twitter and sent such shockwaves through the fandom that people in other fandoms who had never watched the show started following what happened and consoling Destiel fans online. Whatever positive strides the Supernatural writers may have thought they were achieving, they apparently forgot about the “Bury Your Gays” trope, wherein an overwhelming number of LGBTQ characters are killed, especially after declaring or consummating their love.

It’s hard to imagine a world in which writers working on CW shows wouldn’t know about Bury Your Gays, given their network was part of 2015-2016’s surge in the trope, killing off eight across six shows, most notoriously Lexa from The 100. (Sara Lance was later resurrected thanks to outcry from fans.) Some fans who hoped for some kind of reunion or confirmation of Clarke and Lexa’s status as soulmates in spite of Lexa’s death during The 100’s 2020 finale were disappointed, not entirely unlike many Supergirl fans are with this series finale. While Alycia Debnam-Carey who played Lexa appeared in the finale, she was there not as herself but as an otherworldly being testing Clarke.

In the case of Supernatural and The 100, these violent and unsatisfactory ends hit even harder because the shows built queer-baiting into the show itself, promotion of the show, or both. When creators actively court LGBTQ audiences and the network positions itself as an equality-minded space that’s open to all as part of its ad campaigns, it can make queer viewers feel used. Some shows, like Batwoman, have clearly taken a sky’s-the-limit approach on how many LGBTQ people they can add to the cast, and it has only added to the storytelling possibilities. But other shows seem all too willing to accept rainbow dollars in the form of viewership, trending topics, and con attendance, but don’t understand how to thoughtfully write queer storylines that are genuinely inclusive, rather than gimmicky.

It can seem strange to accuse a show like Supergirl of queerbaiting when its series finale featured two women getting married in the presence of their adopted daughter, surrounded by their loving family. However, it’s important to realize that in the world of superheroes and comic books, there’s an enormous difference between Supergirl’s sister being gay and Supergirl herself being gay. Superman’s son recently came out in the comics, and because he currently holds the mantle of Superman, people lost their minds. Wonder Woman is canonically bisexual in the comics but the most we can get out of her on the big screen is a sly illusion to understanding what sex is on an island without men. For as many times as DC and Marvel declare that they’ve made some major strides, LGBTQ superheroes are still a sticking point, and there’s a hierarchy of who is and isn’t allowed to be gay. It’s harder on film than on television, and the bigger the hero, the less likely it is to happen.

In Supergirl’s case, over the course of five season’s we’ve watched Lena become the most important relationship in Kara’s life, other than the one she has with her sister. She was the last person she told her secret to and then Lena learned on her own, causing a rift in their trust, a plot device normally reserved for the masked hero’s love interest. In this finale season, if the folks behind Supergirl wanted her to fly off into the sunset alone, they could have cut down on the number of wistful monologues Kara made about looking for her person. Or the number of times Kara and Lena saved each other, finished each other’s sentences, showed off for each other, and made major life choices together. Perhaps don’t have their reunion be set up as the most highly anticipated one. It’s frustrating to watch writers use narrative conventions that convey romantic partnership and then be told that is imaginary.

The two-episode series finale felt overstuffed and the ending abrupt, so some may say that there wasn’t time to fit in a confession of orientation-shifting love. But there’s more than one way to skin a cat. If Mon-El can casually drop the info that Grampa J’onn ends up with M’Gann and has a son, couldn’t we see Kara make up her mind and then Dreamer show a future with Kara and Lena together? Or during her talk with Cat about figuring out who she really is, Kara could have made an additional revelation about herself, one more closely related to her sister’s vows. And after all, if Cat can casually reveal she knew Kara was Supergirl all along, why couldn’t Lena reassure a nervous Kara that she knew and was waiting for her to figure it out and feel comfortable enough to tell her?

In the series finale, having Kara and Lena have yet another serious, life-altering conversation while possibly holding hands, then stare deep into each other’s eyes and…declare friendship? Feels like the writers batting the fandom on the nose with a newspaper. To make matters worse, it happens after a conversation between Kara and her mentor about the importance of living life as her whole, true self, which she and the writers co-opted from her sister’s queer experience. And frankly there’s just no way that Lena wore that purple plunge fit with a smokey eye and a bold lip to not get kissed in the series finale.

In the end, no one can control what fans get out of a show, and no one can stop all the fantastic edits, fan vids, artwork, and fanfiction that has come out of Supergirl and Supercorp. It’s incredibly frustrating to watch companies pat themselves on the back for ~diversity~ while still pulling moves like this, but unfortunately it probably won’t stop anytime soon, at least not when it comes to big names like Supergirl.