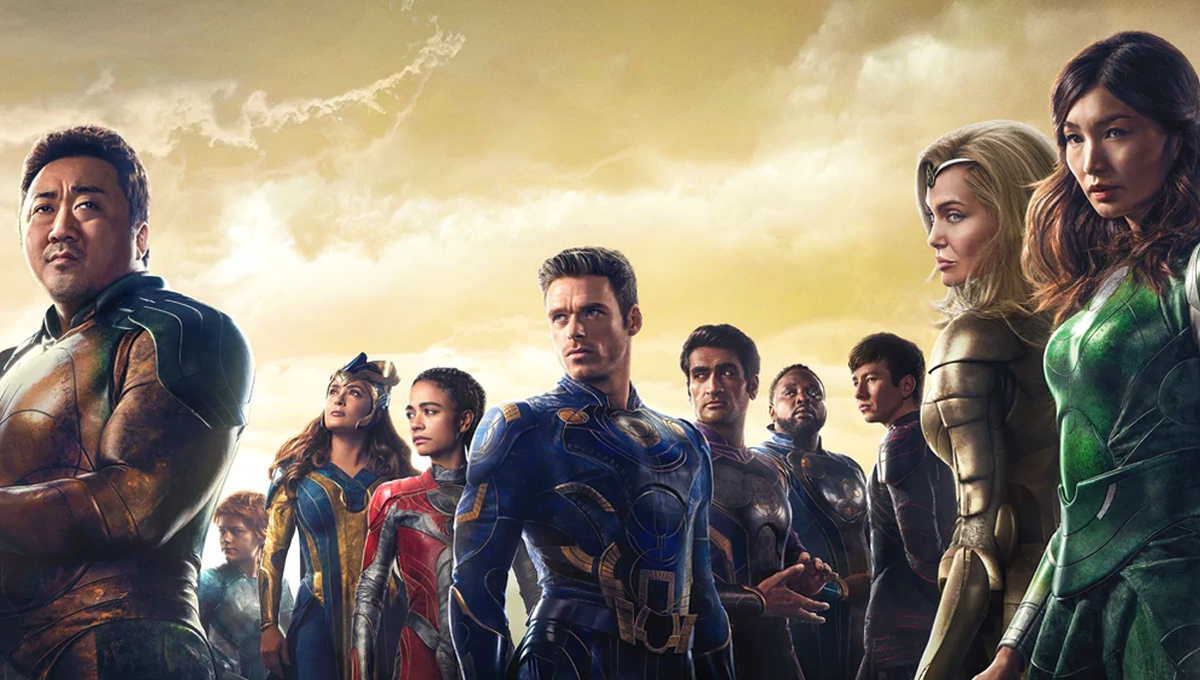 Eternals arrived at the Marvel Cinematic Universe table with a grandiose cosmic tale involving immortal titans and celestial beings, bearing stakes consequential to the very nature of the world. Yet, since said tale represents an entirely unseen avenue of a vast canon consisting of 25 films and several television shows, one had to wonder how it would fit into a timeline in which Thanos used the Infinity Gauntlet to reduce half the population of the universe to dust, only to be revived five years later. Well, a seemingly definitive answer has come straight from the source, director Chloé Zhao.

Zhao, who came into the project off breakthrough Oscar-winning success earlier this year from Nomadland, has certainly chosen one of the most grandiose platforms for a Marvel debut, resulting in the necessary reconciliation of unavoidable events, notably Thanos’s infamous Snap in Avengers: Infinity War. Yet, the film does provide an answer related to the idea that the eponymous immortals—as sent to Earth by the Celestials—were given a specific task from which they were ordered not to stray, almost akin to the Federation’s Prime Directive non-interference ethos from the Star Trek lore. However, some still wondered why the 50/50 chance didn’t affect the Eternals in an existential way, potentially inciting their involvement based on pure survival. As the director explains to CinemaBlend, this seemingly loose thread can be explained by some key exposition in the film.

The revelation to which Zhao refers involves the very nature of the Eternals themselves, which became the center of a major plot twist late into the film. While the group believed themselves to hail from the planet Olympia, sent to Earth in 5,000 BC to fulfill a divine purpose for the order of the universe, this idea would be revealed as a lie. Instead, the hard truth is that the Eternals were created by the Celestials and are essentially artificial beings—robots in disguise, if you will. This renders the very notion of their sentience as questionable, which, as Zhao seems to imply, stands as the reason why Thanos’s Snap didn’t affect any of them. Consequently, it does seem that the parameters of the Infinity Gauntlet’s population-halving abilities had ontological limits.

Despite the devastating nature of their self-discovery, the Eternals’ artificiality apparently yielded a valuable pass from the same dust-in-the-wind fate that befell half the living beings in the entire galaxy. However, the events of the Snap and the eventual restoration of the disappeared five years later in the timeline—known as the Blip—after Tony Stark’s sacrificial reversal would further complement the plot of Eternals’ twist. Indeed, the Eternals’ task on Earth was to eliminate the monstrous Deviants—who turned out to be genetic aberrations of their same genetic template—and also ensure that the Earth’s population flourishes. However, the Celestials’ motivation was actually apocalyptic in nature, since they were using said population for energy to nourish the planetary seed of one of their own, Tiamat, whose eventual birth would result in the destruction of its planetary embryonic shell. Thus, the sudden return of half the world’s population accelerated this process, leaving our Earth-assimilated Eternals in the divisive quandary at the center of the film’s internecine conflicts.

Of course, there is room for philosophical debates about the Eternals’ status as actual living beings—debates that are far too deep to touch here. However, it should be noted that the film’s mid-credits scene added an intriguing element to this topic with its introduction of Harry Styles as Eros, a.k.a. Starfox, a crucial character in Marvel’s Infinity Saga comic book source material, who also happens to be Thanos’s brother. Here, Styles’s Eros not only declares his connection to the infamous sibling, but identifies himself as an Eternal, adding an intriguing twist to the MCU’s era-defining cosmic crisis, since Thanos’s physical appearance radically differs from his Titan family members due to his bodily presence of Deviant DNA. Thusly, we are left with even more questions about this cosmic-concocted artificial gene pool, since we know for a fact that Thanos—who, by proxy is also an Eternal—is Snap-susceptible, per the climactic moment of Avengers: Endgame. Indeed, should an Eternals sequel ever move forward, this angle is potent enough for further exploration.

Eternals is playing at theaters now.

Best Nintendo Switch Settings You Should Be Using
Once Upon A Time Season 7 Episode 5 Review & AfterShow | AfterBuzz TV
Should Marvel Change MCU Strategy on Disney+?
Actual footage of me on the search to find the Westworld ending we all deserve 🙃 #shorts #dust
The Last of Us: What Happens to Bill and Frank In the Game?