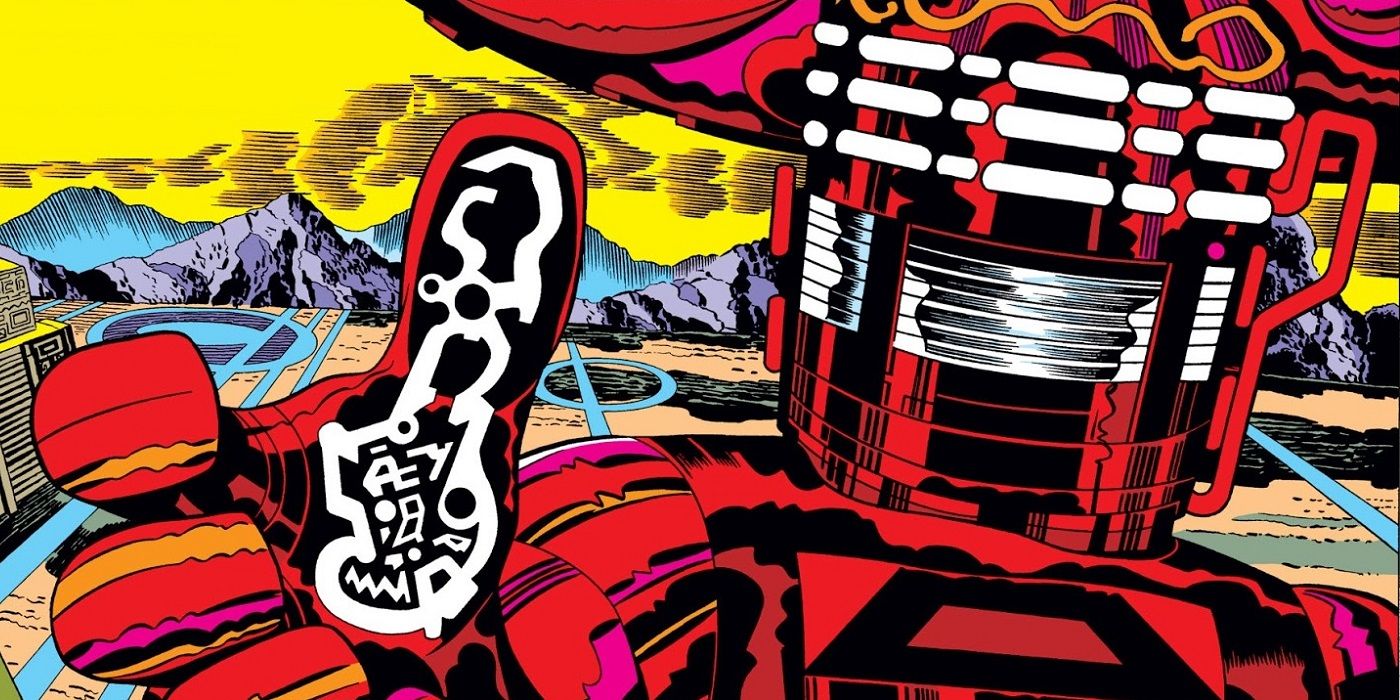 The biggest movie in the world right now is Marvel’s Eternals, and there’s no bigger franchise in cinematic history than the MCU. Not only that, but Marvel Studios parent company Disney just made an endless parade of upcoming Marvel TV shows on the Disney+ streaming service the cornerstone of their appeal to subscribers and shareholders in a day long infomercial. And not a single one of these Marvel-related projects would exist were it not for the work and creativity of visionary storyteller, Jack Kirby.

To celebrate Kirby’s contributions to Marvel, DC, and pop culture at large, The Jack Kirby Museum and Research Center has opened a temporary exhibition in Kirby’s hometown of New York City (disclosure: this writer is a trustee of the Kirby Museum). The exhibit is known as Kirby, Eternally, From Ragnarok to Rebirth, and as the title suggests, there’s a heavy focus on Kirby’s most mythically resonant work, with particular attention paid to his original concepts for The Eternals. It runs through Nov. 16 at One Art Space, 23 Warren Street, in Manhattan’s TriBeCa neighborhood.

Kirby, Eternally is a combination of rare Kirby original art pages and sketches and large scale reproductions of his work on Thor, Eternals, New Gods, Captain Victory, and more. Visitors can compare reproductions of Kirby’s original pencils with the inked original art and the final printed pages in giant, oversized custom comics, follow the stories in giant pages on the wall, and stand in the presence of the actual pages of Kirby art. You can even try on some incredible reproductions of the cosmic Celestials helmets!

The exhibit opened on Nov. 11, and in honor of Veteran’s Day and in observance of Kirby’s service in World War II, it featured a screening of the documentary Kirby at War, with a virtual Q&A with that film’s producer Jean Depelley. Nov. 12 featured another virtual chat, this time with legendary Kirby inker Mike Royer and producer/art director Barry Ira Geller discussing Kirby’s Lord of Light, the designs of which became instrumental in the story of the 2012 film Argo.

Nov. 13 will feature a live recording of the Jacked Kirby podcast, featuring special guest, Olympians author and illustrator George O’Connor. Other “unscheduled” events may also take place during the duration of the event’s run.

Here are the hours for Kirby, Eternally at One Art Space in New York City for the remainder of its run…

Admission to the gallery is free, but a suggested donation of $5 per visitor is welcomed. All proceeds from merchandise on sale will aid the Kirby Museum’s ongoing efforts to make sure Jack Kirby’s name becomes synonymous with the pop culture legacy of the characters he created and co-created. One Art Space is located at 23 Warren Street, in New York, NY.