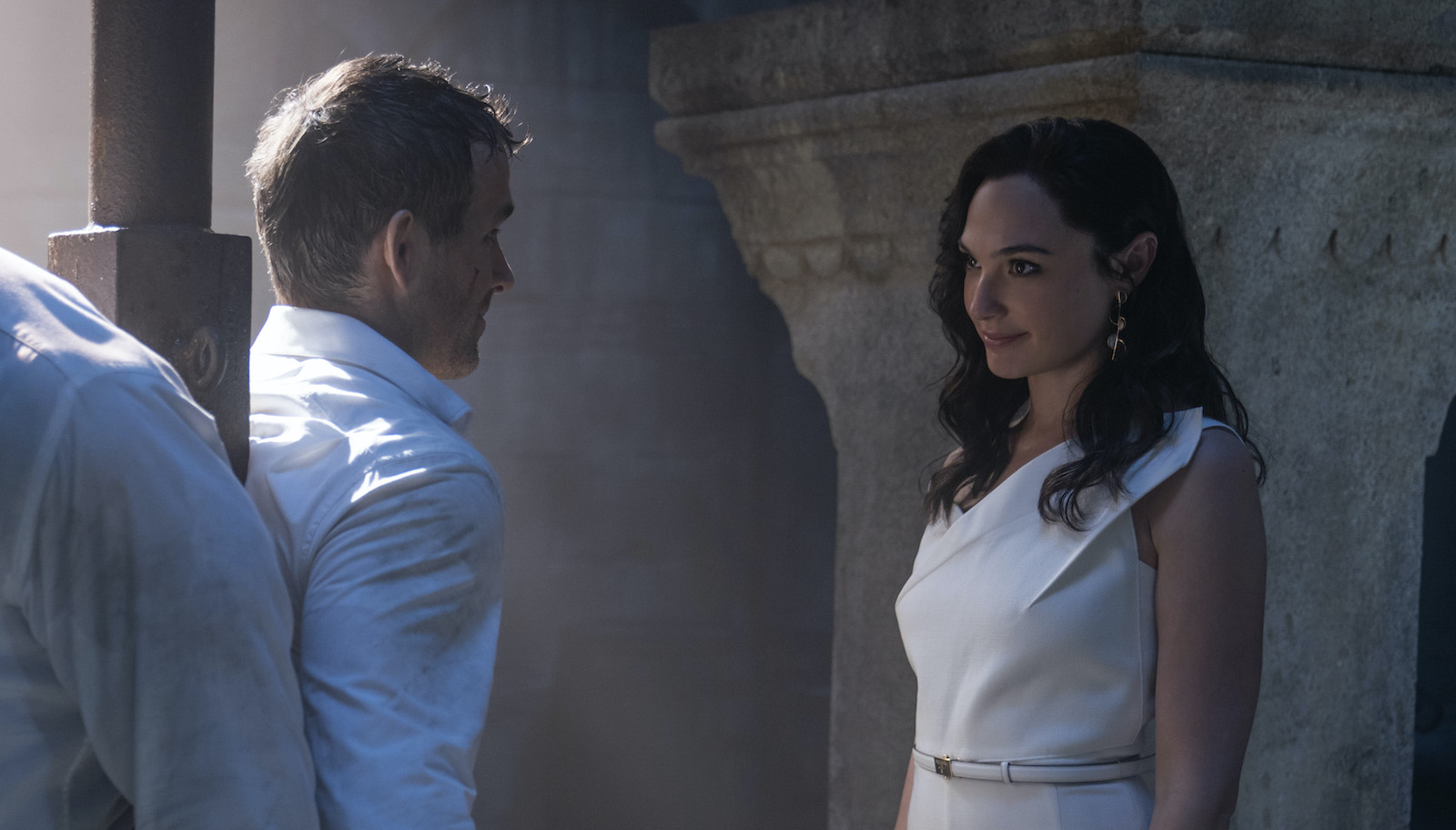 Ostensibly, Red Notice is an action-adventure heist film that capitalizes on the star power of its lead actors to carry a fairly formulaic but fun storyline. In fact, it has become the trademark of director Rawson Marshall Thurber and his movie lineup starring Dwayne Johnson, which includes 2018’s Skyscraper and 2016’s Central Intelligence. But it’s the battle between the rival thieves played by Gal Gadot and Ryan Reynolds that really heightens the derivative nature of the film by posing a subliminal question: did Wonder Woman just kick Deadpool’s ass?

It’s an academic question that could be discussed ad nauseam outside of the context of Red Notice, of course. Deadpool is invincible and Wonder Woman — at least in the DC Extended Universe — is an immortal demi-god, so that debate could go on indefinitely. But Gadot’s character of the Bishop definitely wiped the floor with Reynolds’ Nolan Booth, making it feel like Diana Prince was victorious over Wade Wilson, even if the villainous con artists in this film propose a collaboration in the final moments that may appear in a sequel if one is ordered.

Perhaps the Wonder Woman versus Deadpool question arises because of how many times the characters in Red Notice directly reference other movies, including the superhero films they’re known for. Perhaps the broadest example is the Bishop’s Wonder Woman-like fighting skills, which wouldn’t necessarily qualify as an allusion for an actor who has become known for her graceful stunt choreography as a burgeoning action movie star. But it was no accident she chose an Amazonian spear when confronting Booth and Hartley in Sotto Voce’s treasure room.

The Wonder Woman likenesses end there for the most part, but the similarities between Booth and Wade Wilson are more difficult to ignore given Booth’s predilection for sarcasm and breaking the fourth wall, the trademark move of Reynolds’ turn as Deadpool. Although Booth does not turn directly to the camera, he seems almost to be aware that he’s in a movie at times, wearing an Indiana Jones getup when he and Harley visit the jungle and whistling the Raiders of the Lost Ark theme when descending into the hidden Nazi bunker.

Booth also refers to his own backstory the way a self-aware character would and criticizes the Bishop for her villain entrances, which are timed for maximum disruption like the perfect James Bond nemesis. One might argue that a real art thief might understand the romanticized nature of his profession given the many heist movies out there (and that might in fact motivate his career choice), but no cat-and-mouse law enforcement chase leaves room for so many casual quips, especially if there’s no omniscient third person observer involved.

With Johnson preparing to make his own superhero debut as the titular hero in Black Adam, all three lead actors have had to field the inevitable questions about the parallels to their Red Notice characters. In an interview with Entertainment Weekly, Gadot insisted that if the Bishop were Wonder Woman, “She would never be caught; she would do everything by herself and trick the boys even more.”

Given the same question as to what their superhero character would do if they supplanted their Red Notice character, Reynolds went for the more disgusting aspects of Deadpool’s powers rather than for the similarities we see on the screen between his two characters. His imaginative response: “I would’ve had to lose a limb and grow it back all tiny and gross. That would have been pretty amazing.”

As for Johnson, his estimate of Black Adam’s powers are almost as high as those we associate with the nigh-invulnerable Wonder Woman and Deadpool. After telling EW that “he would react wonderfully,” he added that “it would be a very quick movie” given his DC hero’s superhuman warrior skills. One thing’s for sure, though; the fight scenes would be interminable… and amazing.

Dead Space Remake: How to Unlock Every Suit
The Last of Us: What Happens to Bill and Frank In the Game?
The only way you’ll get me to run is if a Allosaurus is chasing me.🦖 #short #shorts #scifi
Why One of Star Trek: The Next Generation’s Worst Episodes Is Still Worth Watching
Comic To Screen | The Sandman | DC | #Shorts