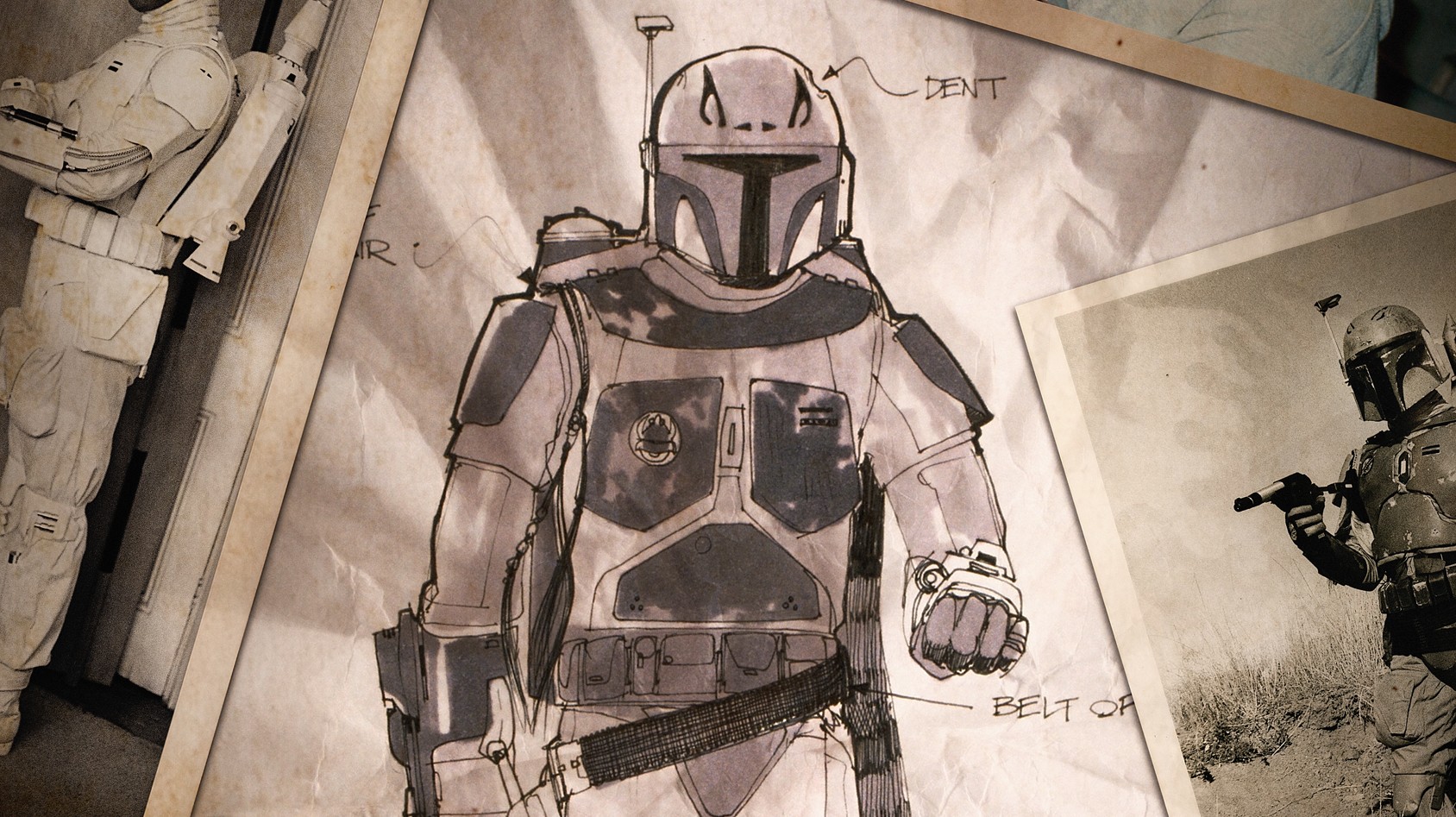 1978’s Star Wars Holiday Special is known for many things: continuing the adventures of Luke, Han, Leia, and Chewie; introducing fans to Life Day and Chewie’s son, Lumpy; and being an all-around terrible TV special. But it also marked the first onscreen appearance of one of the most iconic characters in Star Wars: Boba Fett.

In the animated portion of the special, the heroes first meet Boba as an ally, a mysterious man in imposing armor who offers to help Han and Chewie after they crash on a dangerous moon in the Panna system. But we soon learn of this Good Samaritan’s true allegiance — he’s working for Darth Vader and the Empire. It’s this backstory that would later inform Boba’s first live-action appearance in The Empire Strikes Back, in which he’s hired by Vader to track down the Millennium Falcon in order to set a trap for Luke on Bespin.

This much of the story you probably already know, but Boba actually has a hidden origin that predates the Holiday Special and Empire. A new Disney+ documentary, Under the Helmet: The Legacy of Boba Fett, sheds light on the bounty hunter’s first public appearance, which actually took place a few months before that animated short. A small group of Star Wars fans first met the man in the Mandalorian armor as he marched alongside Darth Vader at the San Anselmo Country Fair parade in California on Sept. 24, 1978. This was before kids and their parents attending the parade even knew who he was!

The documentary takes a deep dive into the process of creating Boba, from the initial art by legendary concept artist Ralph McQuarrie and art director Joe Johnston, to the first prototype of the suit worn by Empire Strikes Back and Return of the Jedi assistant film editor Duwayne Dunham during an internal reveal of the character at Lucasfilm, when the bounty hunter’s makeshift cape was just a Star Wars towel. As explained in Under the Helmet, the character was originally designed as one member of a whole army of Imperial Super Commandos, an idea that was later cut for Empire due to the movie’s budget. Instead, Boba became a singular presence in the Original Trilogy, one that would go on to inspire many other characters in the Star Wars universe, including The Mandalorian‘s Din Djarin.

By far, the best part of the doc is the archival footage of Dunham marching down the San Anselmo parade in the finished Boba Fett suit, holding his own next to the intimidating Darth Vader, as children flocked around him for autographs. The kids didn’t even know why they should care about Boba Fett yet, but he was a brand new Star Wars character — and a new type of villain, no less. As George Lucas says in the documentary, “People like the bad guys.”

You can watch the kids loving the new bad guy in the archival footage below:

Dunham reveals in Under the Helmet that the only reason he was chosen to be the first person to wear the costume was because he was the right size. The character would later be immortalized on the big screen by Jeremy Bulloch, who wore the suit in The Empire Strikes Back and Return of the Jedi, but didn’t voice the character. That was Jason Wingreen before the bounty hunter’s voice was retconned to sound like Temuera Morrison in later remasters of the Original Trilogy. The character will next be played by Morrison in The Book of Boba Fett on Disney+.

But Dunham beat them to it, and he has his own recollections of being the first man to wear the bounty hunter’s armor: “What I remember about that day is it was incredibly hot,” Dunham told StarWars.com in 2014. “I’m not just talking about the suit, I’m saying that day in San Anselmo was really hot. It could have been 100 degrees. I think we were at the head of the parade. And Vader, he stands out. I don’t know what people thought of me. Nobody knew about Boba Fett at that point. The two of us were about to die at that point. Sweat was just pouring. I remember telling [producer] Gary Kurtz: ‘Gary, I gotta get out of this suit or I’m going to pass out!’ We were drenched.”

You know the rest of the story. Despite appearing in the Original Trilogy for only mere minutes, and suffering an embarrassing fate in the first act of Jedi, Boba Fett’s legend was destined to be something much bigger than what fans saw on the big screen in the ’80s. Decades later, he’s still one of the most popular Star Wars characters in the galaxy.

Dunham knew this even back in 1983 when Lucas decided that Boba should meet his humiliating end in the sarlacc pit, telling StarWars.com, “We kinda mounted a protest saying ‘You can’t do that to Boba Fett! He’s deserving of more!’ But they threw him in…and as you know, fans have never let him die.”

The bounty hunter’s adventures will continue in The Book of Boba Fett, which is out on Dec. 29. Check out the full schedule of upcoming Star Wars movies and TV series here.