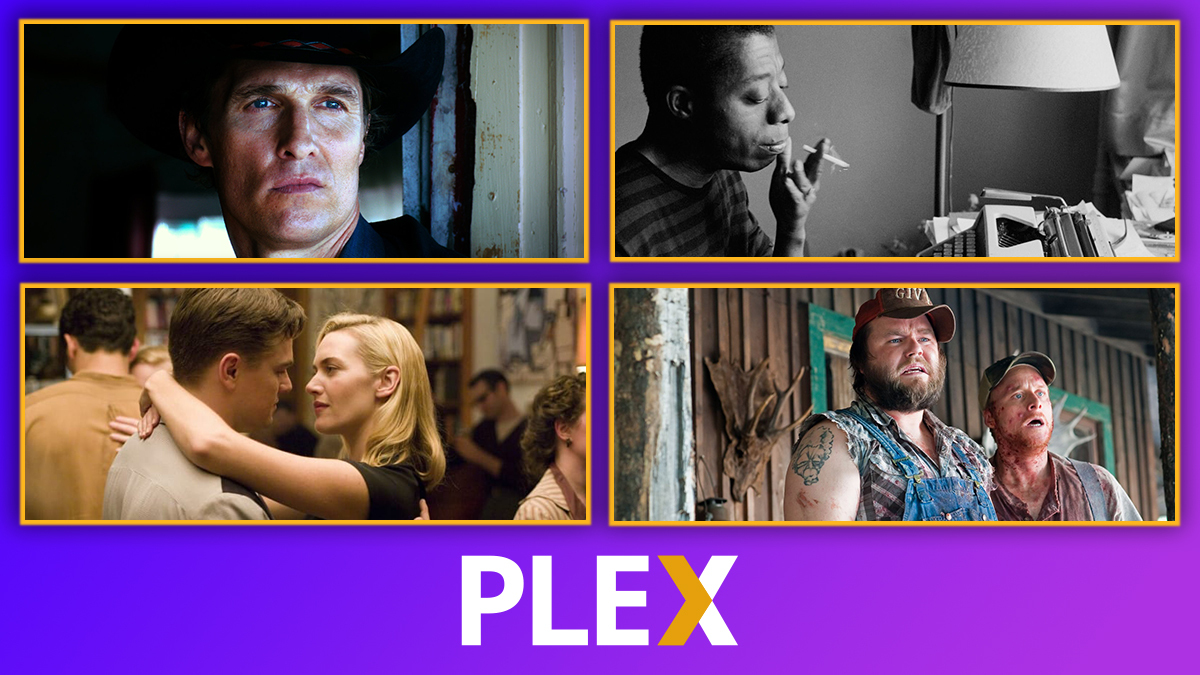 This article is presented by Plex.

Spooky season may have come and gone, but that hasn’t stopped us from including a few chilling titles in this month’s Plex free TV recommendations. However, our offerings aren’t completely horror-leaning. November is all about feasting, and here we have a wide-variety of critical darlings for you to sink your teeth into now available to watch on the free streaming service. It’s something you can truly be thankful for.

Plex is a globally available one-stop-shop streaming service offering 50,000+ free titles and 200+ of free-to-stream live TV channels, from the biggest names in entertainment, including Metro Goldwyn Mayer (MGM), Warner Bros. Domestic Television Distribution, Lionsgate, Legendary, AMC, A+E, Crackle, and Reuters. Plex is the only streaming service that lets users manage their personal media alongside a continuously growing library of free third-party entertainment spanning all genres, interests, and mediums including podcasts, music, and more. With a highly customizable interface and smart recommendations based on the content you enjoy, Plex brings its users the best free streaming experience on the planet from any device, anywhere.

Plex is always bringing thousands of new and old familiar favorites to its platform and we’re here to diligently identify the best of the bunch.This month, we’ve got Swedish horror, social conscious documentaries, prestige melodramas and more. Hop on Plex TV now for the best free entertainment streaming and check back each month for Den of Geek Critics’ picks!

If you’re looking for a good time, steer clear of the great William Friedkin’s Killer Joe. However, if you’re looking for a black comedy as dark as pitch populated with nasty characters in a send-up of classic film noir storytelling, then Killer Joe may just be the tragicomedy for you. Adapted from a play by Tracy Letts, Killer Joe centers on a hapless father-son pair that hire a slick contract killer played by Matthew McConaughey to murder the matriarch of their family so that they can collect the life insurance policy to pay some debts. Obviously, things don’t go exactly as planned. The film’s kinetic pace keeps its cruel and incompetent cast of dimwits from over-staying their welcome, and this is the performance that kicked off McConaughey’s career resurgence and for good reason. Killer Joe is raw, unpleasant, but highly watchable.

I Am Not Your Negro

I Am Not Your Negro takes an unfinished book by brilliant American writer James Baldwin and uses it as a starting point to discuss Baldwin’s life, passions and his home country’s ugly history of racism. There’s a reason I Am Not Your Negro was a modest “hit” for a documentary and took home its fair share of awards. It’s stark, honest and smartly constructed around Baldwin’s wit and humanity. In today’s political climate, it should be considered essential viewing. Though the film seems to erase Baldwin’s queerness, it’s still an incendiary depiction of race relations and highlights how little progress the United States has made since the 1960s.

Let the Right One In

Based on a novel by Swedish horror author John Ajvide Lindqvist, Let the Right One In tells the heartwarming story of a lonely little Stockholm boy who becomes friends with the teenage girl next door—who happens to be an ancient vampire. Featuring stunning performances by then 11-year-olds Kåre Hedebrant and Lina Leandersson, and directed with impeccable restraint by Tomas Alfredson, Let the Right One In is exquisite character-driven horror that has in many ways set the template for the “elevated” genre offerings of the last decade. A fresh take on the vampire genre with impeccably crafted atmosphere, Let the Right One In is equal parts gorgeous and macabre.

Tucker and Dale Vs Evil

More a sophisticated comedy of errors than a horror film, Tucker and Dale Vs Evil is a loving satire of the teen slasher genre. More accurately, it perfectly sends up hixploitation films. Hixploitation is the genre of horror that relies on the stereotypes and fear of “rednecks” and “hillbillies,” and the protagonists in this film are a couple of sweet good ol’boys that are grossly misunderstood by a group of judgy, yuppie teens. When Dale saves pretty college girl Allison from drowning near his recently purchased, remote cabin in the woods, her dimwitted friends try to “rescue” her from who they see as a hillbilly monster. As their rescue attempts result in horrific accidents, the teens become more convinced that they’re dealing with evil hillbilly killers. Hilarity, and blood, ensue. A horror comedy with heart and a much-needed message, Tucker and Dale Vs Evil simultaneously celebrates and skewers horror genre conventions.

Sam Mendes’ faithful adaptation of Richard Yates’ acclaimed novel features Oscar caliber performances from Leonardo DiCaprio and Kate Winslet, reuniting for the first time after the most successful film of the 20th century, Titanic. Exploring the disenchantment and malaise at the heart of 1950s suburbia, Revolutionary Road tackles themes of loneliness, entrapment, forgiveness, and desire. The murder’s row of talent in the ensemble helps elevate what some could consider a stodgy adaptation into something more human and heartbreaking. An underrated precursor to pop culture touchstone Mad Men, Revolutionary Road deserves a revisit.

Happy Valley Series 4 Won’t Happen, and That’s Perfect
The Last of Us: Who Is Kathleen In the Games?
Pizza Tower Is the Best New Wario Land Game We’ll Probably Ever Get
The Last of Us: How Long Does It Take to Beat the Games?
Arrow Season 6 Episode 16 Review & Reaction | AfterBuzz TV