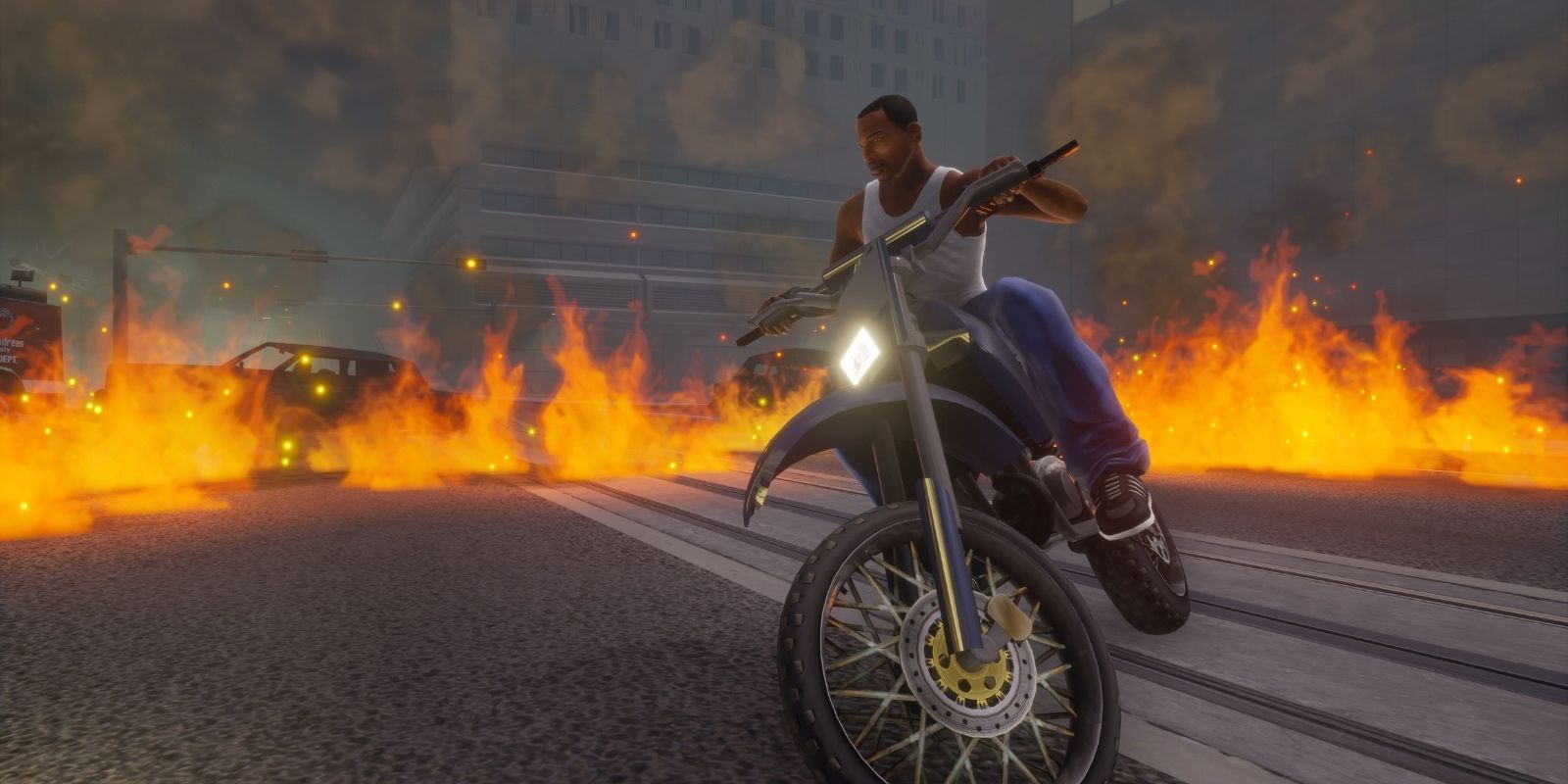 The absolutely botched release of the “Definitive Edition” of the GTA Trilogy is rightfully being called out by fans and critics everywhere, but it has to be said that getting the chance to explore these games again and hear everyone talk about them again has been a real joy regardless of the unforgivable quality of the remasters themselves.

However, if we’re going to have a modern conversation about these games, then we have to spend at least a little time talking about how their age and our own ages as (hopefully) maturing fans expose how immature they really were.

At the risk of backpedaling before we get to really dive into that particular conversation, I have to say that I not only consider the GTA games (including the entries into the GTA Trilogy) to be some of the best and most important video games ever made but that I genuinely feel like Rockstar excels at using these games to satirize our society. Much like South Park, there’s a degree to which the audacity of the GTA series’ humor is the root of Rockstar’s ability to expose the absurdity of America and our own existence. There are times when you kind of have to accept that the immaturity and the brilliance of this series’ humor come from the same place.

Still, there was a time when I considered the GTA Trilogy to be the height of mature video game design and writing. Granted, I was a teenage boy at the time GTA 3 was released, but there was something about the way that these games so brazenly incorporated the kind of over-the-top content that so many other games at the time avoided and so many adults tried to shield us from. Some of the people and things that have the biggest influence on a young person’s life are the people and things that treat them as an adult, and for those of us who played the GTA Trilogy before we were “technically” allowed to, they certainly fell into that category.

When it comes to video games, though, there’s always been odd about the fact that the “Mature” rating has historically been defined by some of the most immature games. The “Mature” tag is typically associated with games like Conker’s Bad Fur Day with its cartoon violence and singing piles of poop then it is with games that deal with complex and emotionally mature themes. Some of the most notorious Mature-rated games ever made were fundamentally immature. The idea behind that rating is that only mature gamers are capable of processing those visuals and gags responsibly. We could argue about whether or not that’s entirely true or whether it’s all part of a greater moral panic over the corruption of youth, but it needs to be acknowledged that there’s a degree to which our perception over what is actually mature tends to change as we mature.

However, when I talk about the GTA Trilogy‘s immaturity, I’m not just talking about how someone might look back at these games now that they’re a little older and maybe have a different sense of humor. I’m also talking about the ways in which these games were immature that do not contribute to the bigger things they were trying to do and instead detract from this franchise’s considerable legacy.

There is perhaps no better example of the GTA Trilogy‘s inexcusable immaturity than these games’ blatant homophobia. There’s a mission in GTA: San Andreas in which a man asks you to murder another man they recently slept with in order to prevent them from talking about it and “embarrassing” them. There’s also a commercial in that game for a show called “My Five Uncles” that features some blatantly offensive portrayals of homosexual men as well as a sports team and several businesses that are named after common slurs for homosexuals. There’s even a scooter in the GTA series that has long been criticized for being a thinly veiled reference to a homosexual slur that remains in the franchise to this day.

Truth be told, I don’t remember if I laughed at any of these jokes when I was a teenager, but there’s a pretty sad chance I did. At the very least, I’m fairly sure I didn’t think much about them at all, which is honestly a problem in and of itself. Now, though, I’m mostly caught off-guard by how unnecessarily cruel these kinds of jokes are and how little they contribute to the games.

I will praise the GTA series endlessly for its sharp social satire and ability to identify the absurdity of life, but when it comes to jokes like these that are so cruel and strangely prominent, I have to wonder what, exactly, the writers were trying to say with them. Were they just cheap throwaway gags written by a possibly immature crew during different times, or do they represent something darker?

Even if they were cheap throwaway gags, shouldn’t we hold these games and their writers to a slightly higher standard when we know for a fact that they’re capable of producing humor and characters that have survived the years so much better than those tired jokes? I get that there’s a degree to which everyone is seen as a potential target for ridicule in the GTA games, but when you start to see everyone as a target, you start to lose focus on what, exactly, it is you think you’re attacking and how you’re choosing to go about it. There are literal villains in these games that aren’t targeted as often or as fiercely by these games’ sense of humor as some everyday (and often marginalized) people are. For a series that is known for being so open in its world design and its ideas, there’s a close-mindedness to those elements of its past that feels at odds with what it is often rightfully praised for.

There are other examples of that kind of immaturity (we could certainly talk about how the GTA Trilogy uses female characters), but the bigger point here is that replaying parts of the games in the GTA Trilogy can be uncomfortable. In a selfish kind of way, I’m glad that those elements of the game make me much more uncomfortable now than they did then and that such obvious and cruel jokes no longer hit the same way they once did. That’s a baseline level of growth.

In a grander sense, though, I feel like it’s important to acknowledge that there are aspects of these major, revolutionary titles that feel fundamentally immature not just because they are offensive but because we need to hold this series to a higher standard that we know it can meet. While GTA 4 and 5 are certainly not perfect so far as immaturity goes, they represent a similar baseline level of growth that I think has fundamentally helped this series transition into a new age of gaming.

There are a lot of ideas from the GTA Trilogy that Rockstar could (and should) borrow for GTA 6. However, the release of the Definitive Edition should hopefully remind us that for as much as we rightfully put these games on a pedestal, there are plenty of ways to improve upon them that have nothing to do with map size and graphics.