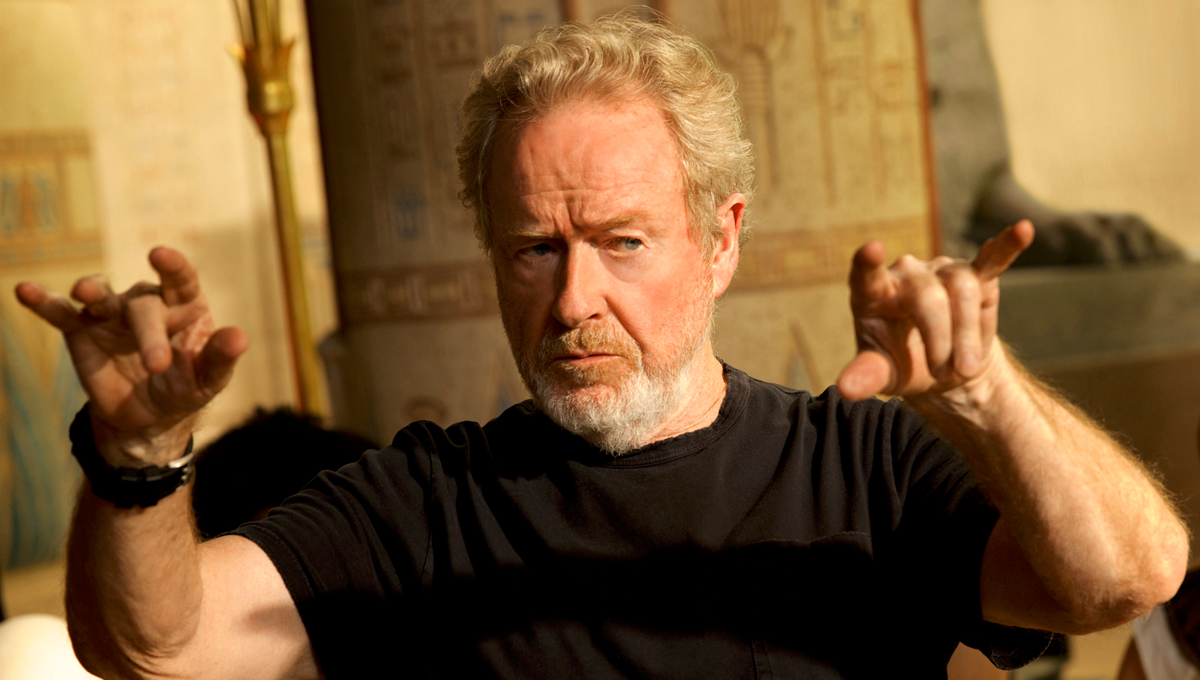 Ridley Scott has directed defining movie classics over his undeniably illustrious career, but a superhero movie is unlikely to grace his eclectic CV anytime soon. That’s because Scott has joined the small-but-potent chorus of prominent filmmakers who have drawn a line in the proverbial sand of superheroes and comic book movies. Yet, in articulating his gripe, Scott also redefines some of his genre classics as examples of “great” superhero movies.

Scott’s focus is far removed from the realm of capes and powered protagonists as he promotes the imminent release of his controversial biographical crime drama, House of Gucci. However, when an interview with Deadline turns to one of his upcoming projects, a biopic on Napoleon Bonaparte titled Kitbag—starring his Gladiator player, Joaquin Phoenix, and co-star of his recent epic, The Last Duel, Jodie Comer—the topic transitions surprisingly to superhero movies. The result of said turn has Scott slinging severe adjectives toward the genre.

“They’re fucking boring as shit,” Scott said, clearly not mincing his words. “Their scripts are not any fucking good. I think I’ve done three great scripted superhero movies. One would be Alien with Sigourney Weaver. One would be Gladiator, and one would be [Blade Runner],” he continued.

Obviously, neither of those three films are not superhero cinema in the conventional sense, but Scott seems to think they adhere to the parameters of the genre. This is possibly due to the fact that their character work is similarly subordinate to spectacle and tropes centered on arguably-exchangeable protagonists whose varied state of imbued empowerment necessitates a battle against the even-more-exchangeable forces of evil, inevitably resulting in the completion of a basic character arc. Indeed, Ellen Ripley overcomes her fear and self-imposed inadequacy to slay the Xenomorph that stealthily massacred her crew, the beleaguered Maximus quite literally fights for his life in the arena until he finally avenges his family, and duty-conflicted Blade Runner Rick Deckard finally “retires” the rampage of replicant Roy Batty—all linear arcs that, in Scott’s eyes, are evocative of a superhero’s.

Contextually, Scott’s scathing assessment stems from his declaration that films need to be driven by character, which he applies to his aforementioned upcoming biopic. With Napoleon having lived one of the most consequential lives in history—from innumerable global military campaigns, a self-appointment as France’s emperor, to living out his last days in an ignominious island exile—Scott attributes the failure of past biopics for their unfeasible attempt to capture the entire scope of his life, which results in an adherence to spectacle that becomes a predictable routine. Thus, he applies this same logic to superhero movies, which leads him to the conclusion that their scripts are subpar and unfocused.

“So, why don’t the superhero movies have better stories?” Scott further ponders. “They’re mostly saved by special effects, and that’s becoming boring for everyone who works with special effects, if you’ve got the money.”

As mentioned, Scott’s superhero scolding arrives in the wake of similar declarations from other major directors, most recently—and perhaps coincidentally—with comments made this past September from Dune director Denis Villenueve, who happens to have helmed 2017’s Blade Runner 2049, the three-decades-belated sequel to Scott’s 1982 classic. In this case, Villeneuve specifically called out Marvel movies, which he derogatorily described as “nothing more than a cut and paste of others” and as films “made from the same mold.” Likewise, the legendary Martin Scorsese made headlines in October 2019 when he similarly called out Marvel movies, defining them as “not cinema,” further classifying them as “theme parks” and not “the cinema of human beings trying to convey emotional, psychological experiences to another human being.”

As with Villeneuve and Scorsese’s critiques, Scott’s opinion, even when taken at face value, is subjective to taste, and the varied elements that audiences value in their moviegoing experiences. Indeed, you can find fans of superhero films who concede Scott’s points about the lackluster nature of the scripts and their subservience to special effects, yet remain undaunted. However, what seems to be lost on non-fans is the inherent world-building nature of each offering. While it’s understandable that, from the standpoint of an artiste director like Scott, the dramatic structure of an individual film must be the primary focus, superhero films—specifically those from the genre’s most lucrative example, the Marvel Cinematic Universe—are a different animal, treated primarily as building blocks toward an ever-expanding franchise. Therefore, a director whose style is incompatible with the arguably-perfunctory nature of directing a Marvel movie is also unlikely to enjoy one as a viewer.

Regardless, Scott is set to unleash internecine intrigue within the famed Gucci fashion empire—one that’s being met with pushback from the titular family—when House of Gucci hits theaters on Nov. 24.