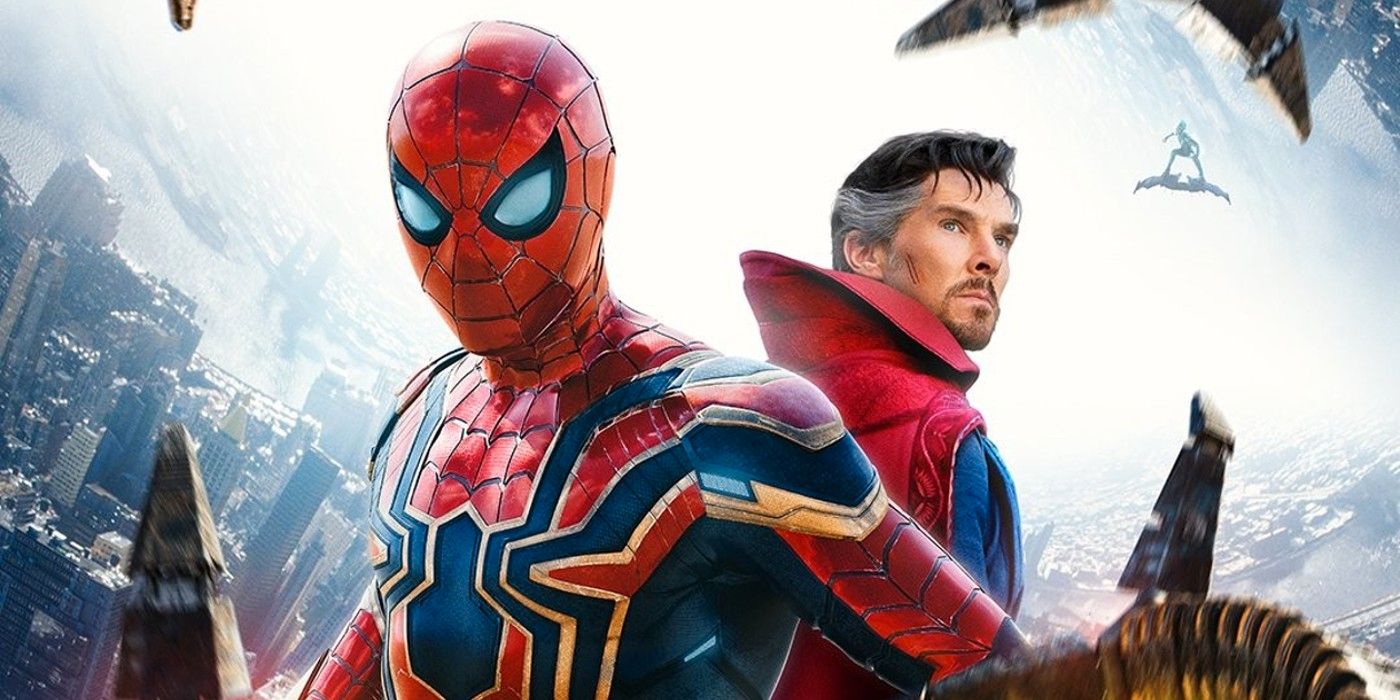 Has there been a more anticipated trailer than this new one for Spider-Man: No Way Home over the last few years? We’re having serious trouble thinking of one. The secrecy surrounding this movie has sent speculation (and some genuine leaks) to a fever pitch almost unheard of in recent times. And both Sony and Marvel Studios have done their level best to lean in to the fan anticipation in every possible way, with teases, secrecy, more teases, outright denial, and a marketing campaign that has left absolutely nothing to chance.

But the new (and final) Spider-Man: No Way Home trailer is finally here. And it is perhaps even bigger, wilder, and weirder than anyone expected. And to be honest, we were expecting quite a lot right out of the gate, so that’s saying something.

First of all, just in case you’re here and you haven’t even watched the Spider-Man: No Way Home trailer yet, allow us to fix that for you. Check it out, and then we’ll take a close look at all the cool Spidey, Marvel Comics, and MCU references and Easter eggs we could find.

Now, catch your breath and hang on to your masks, because we’re going webslinging…

First and foremost, this trailer really clears up some stuff from the first one. Specifically, the question of whether these villains were coming to our world, or whether the failure of the spell had sent Peter spiraling through the multiverse. While there’s still a chance for the latter to happen, it’s more about how the spell has brought Spider-Man villains from other universes (read: the franchises that Sony fully owns) to the “sacred timeline” of the MCU. Fans hoping for confirmation of other live action Spider-Men will have to wait, because this trailer is all about the villains.

So as Spider-Man dialogue coach and editor once said, “Bring on the bad guys!”

Once again, Alfred Molina’s creepily de-aged Otto Octavius is a big draw in this trailer. And we learn a little bit more about that highway fight from the first trailer: he clearly doesn’t realize he’s not in the Raimiverse anymore, and instead thinks he’s fighting Tobey Maguire’s Peter Parker. Not that it matters, as Spidey clearly manages to deliver unto him a Spider-whupping and take him prisoner.

Ah yes, that most tired of modern superhero movie tropes, where you say a name of a thing from the comics (or show a comics-accurate costume) and everybody laughs at how ridiculous it is. A more charitable reading, of course, is that this is a callback to how JK Simmons’ J. Jonah Jameson was less than impressed by Otto’s full name in Spider-Man 2 and then dubbed him “Doctor Octopus” (after a brief Doctor Strange detour, of course).

Why are Doctor Octopus’ arms red? And not just any red, a very particular shade of Iron Man red. It seems possible, even likely, that Otto upgrades his arms once he makes his way into the MCU perhaps with some ill-gotten gains from Stark Enterprises.

What’s interesting is that last year, Marvel Studios announced that an Armor Wars series would be coming to Disney+ (a series which was, also interestingly, not mentioned at this year’s Disney+ Day for some reason). In the comics, Armor Wars dealt with Tony Stark realizing that someone had been stealing his tech and using it to arm the armored villains of the Marvel Universe. The TV series would deal with James Rhodes (Don Cheadle) coming to the same conclusion and trying to shut it all down…could Doc Ock’s new arms be our first hint of that?

We heard his sinister laugh and witnessed a pumpkin bomb explosion in the first Spider-Man: No Way Home trailer, but this time, Willem Dafoe is fully back in action as the Green Goblin from the Sam Raimi Spider-Man movies. Unfortunately he’s still wearing that ridiculous get-up…or is he?

Who’s this other handsome devil on a goblin glider? While the influx of villains seems to indicate that this could be Dane DeHaan’s best forgotten Harry Osborn, that character survived The Amazing Spider-Man 2, which would probably make him ineligible to appear here. Or perhaps it’s James Franco’s version of Harry who did indeed take ye olde dirt nap at the end of Sam Raimi’s Spider-Man 3? Nah…that seems unlikely for any number of reasons.

Does this mean that Dafoe’s Green Goblin finally gets a much-deserved makeover? After all, he wouldn’t be the only baddie in the trailer to get an upgrade…

And look, in fairness, it’s not like comics Electro exactly has one of the all-time great designs either, with that bonkers lightning bolt mask. But it looks like No Way Home has found a way to bring Foxx back as Electro and give him an outfit that is both practical and nods to the comics, and honestly, it’s pretty great.

And then there’s the Lizard from The Amazing Spider-Man who…waitaminute…he isn’t dead! We thought all these villains “died fighting Spider-Man” so what gives, No Way Home? Clearly there’s something else at work here, unless these baddies are simply the ones coming through that Doctor Strange is unable to hold back any longer and this shot is from far later in the film.

Just in case you had any doubt about whether that was Sandman whipping up those sandstorms in the first trailer, it looks like Flint Marko is back! But wait…Marko most definitely survived the ending of Spider-Man 3, even having been forgiven by Tobey Maguire’s Peter Parker (although none of us will ever forgive Spider-Man 3).

Does this mean that Sandman and Spidey had a rematch and things didn’t go well? That would sure require some explanation, perhaps one best delivered by the Spidey in question. But since any/all hopes that we’d get confirmation that there are also multiple Spider-Men in this movie have been dashed by this trailer, we’ll just have to wait until they actually appear in theaters. But c’mon, we all know there are other Spideys in this movie, right?

This is kind of a weird framing, isn’t it? Three villains in different parts of the screen, with one hero in the middle…only leaping towards the baddie in the middle. Wouldn’t it make sense for there to be a Spidey at Electro’s level and one at Lizard’s? In fact, at :55 in this international version of the trailer, Lizard clearly gets punched…by someone who isn’t there.

Peter! What did we tell you about bringing your romantic partners to high places? If you keep dropping them you won’t be allowed to play with them anymore!

OK, but seriously, the death of Gwen Stacy is one of the all-time most iconic moments in the history of superhero comics, and and defining moment in the life of Peter Parker. The cinematic equivalent in The Amazing Spider-Man 2? Um…charitably we can say less so. While even the Raimi Spidey movies tried to homage to that moment with various Mary Jane falls, The Amazing Spider-Man 2 actually did the whole thing, and this shot of Zendaya mirrors that of Emma Stone’s fall to her doom almost exactly.

Why in the world anyone would want to homage that film is a mystery…unless of course after Peter fails to catch MJ, Andrew Garfield’s Spidey swings in to save her and redeem himself.

Also, the above image may not be hard evidence, but these shots of Spidey swinging through an autumnal countryside at sunset sure do call to mind a similar scene in the best Spider-Man movie ever made, Spider-Man: Into the Spider-Verse, which sure as hell dealt with multiple Spider-Men, so do with that what you will.

This climactic battle appears to be taking place atop the Statue of Liberty, which seems to be undergoing some renovations. What kind of renovations? It looks like they’re giving Lady Liberty Captain America‘s mighty shield in front of her torch! It’s a neat little piece of worldbuilding showing how the world continues to deal with the aftermath of Avengers: Endgame.

What is up with this sharp new suit, Spidey? It had better not be an alien symbiote! Is this a magical Spidey suit, one conjured up by the maguffin Peter steals from Doctor Strange and which allows him to track multiversal anomalies like that naughty Electro we see lurking in the background? Play nice you little scamps!

But seriously, it looks like there are runes on the suit, so this is almost certainly magical in nature.

Spot anything we missed? Got some more Spidey or MCU deep cuts you need us to explore? Let us know in the comments!