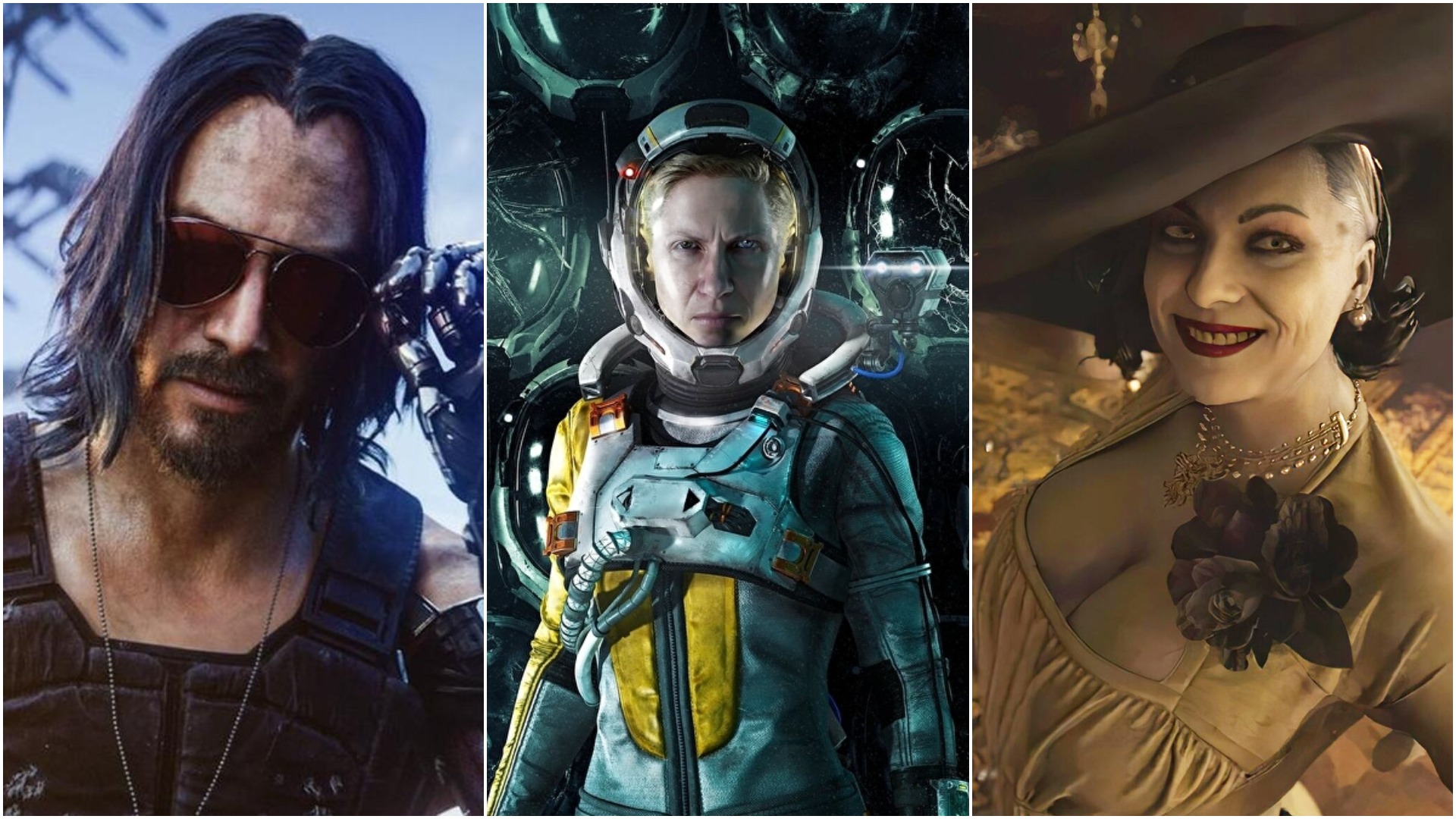 The nominees for The Game Awards 2021 have finally been revealed, which means that it’s also finally time to talk about the biggest video game award show of the year’s most notable snubs and surprises.

In all seriousness, trying to make a shortlist of the best games of the year is a difficult and often thankless task that becomes even more thankless and difficult when you happen to be responsible for the biggest awards show in a particular medium. This has also been an especially strange year for video games as many notable titles were delayed (or perhaps rushed to release) due to the difficulties of developing and releasing games during the Covid-19 pandemic.

Having said all of that…well, let’s just say that there are a few Game Awards nominees and snubs that I’m struggling to make sense of.

Returnal (Game of the Year)

The absolute biggest snub of The Game Awards 2021 has to be the simply shocking decision to not nominate Returnal for Game of the Year 2021.

I have a few theories regarding why Returnal didn’t secure this nomination that many are already arguing it rightfully deserved (which we may explore in-depth a bit further down the line), but it is certainly odd that Returnal secured a coveted nomination for Best Game Direction yet is the only nominated game from that category to not be nominated for GOTY as well. I’m just stunned that it didn’t make the cut.

Forza Horizon 5 (Game of the Year)

I don’t want to spend too much time talking about GOTY snubs since it’s honestly hard to cut too many of the games that were nominated for that category (though we will get to one glaring inclusion here in a bit), but we have to talk about one of the year’s best-reviewed games (Forza Horizon 5) not securing a GOTY nominee.

Ultimately, I think that Forza Horizon 5‘s late release date and the fact that people tend to love or hate racing games are responsible for it not receiving a GOTY nomination. In terms of quality, though, it absolutely deserves one.

I think there’s a legitimate argument to be made for Unpacking‘s GOTY credentials, so I’m really struggling to find reasons why it wasn’t at least nominated for Best Independent Game.

Maybe Unpacking came out just a little too late in the year or is just a little too niche, but it feels like a legitimate oversight in every way. Whatever happened, I can confidently say that this game should have been nominated for Best Independent Game over 12 Minutes…

Hitman 3 is another one of those games that you could argue deserves a GOTY nomination as well, but for the life of me, I just don’t understand why Hitman 3 didn’t at least snag a nomination for Best Action/Adventure Game despite feeling like a virtual lock for that category.

Maybe this game’s early release date hurt it by the time award season rolled around or maybe voters felt like Hitman 3 just didn’t do enough to distinguish itself from previous games in this franchise. Still, I feel like it’s a clear omission.

The Forgotten City‘s complex narrative is one of the best time loop stories I’ve ever experienced (which is really saying something given the quality of time loop games in this year alone). It’s unique, surprising, and simply engaging at every turn.

I think that we’re going to have a much longer conversation about Resident Evil Village‘s GOTY credentials when we talk about our own 2021 awards, but there are already quite a few people suggesting that this title sticks out a bit among the final group of Game Awards GOTY nominees.

If nothing else, it’s certainly odd that Village secured a GOTY nomination without also grabbing a best Game Direction nomination (which also brings us back to our Returnal argument). Is it possible that this game’s nomination has something to do with the likelihood that more people played it than some of the other candidates?

I remember hearing a lot of people argue that last year’s Game Awards show should have allowed Cyberpunk 2077 to be nominated so that it wasn’t left to dominate the following year’s show. Since then, though…well, you know what happened.

I think Cyberpunk 2077 should absolutely be nominated for some smaller awards, but it’s very hard to argue that it deserves to be nominated as one of the best RPGs of 2021, especially since there are some incredible RPGs from this year that were left off that particular list of nominees (most notably, Eastward). There is no way this game will win, but it just doesn’t deserve a nomination given everything that has happened and how much competition there is.

I really like It Takes Two, and I certainly think it’s in the conversation for the best overall game of the year. However, I’m a little surprised that it was nominated for the Best Narrative category.

Without diving into spoilers, It Takes Two‘s narrative benefits from the way it blends gameplay and storytelling but suffers from the general unlikability of its main characters as well as a few strange story decisions made along the way that don’t always accomplish what the designers were clearly going for. This is just such a stacked category that I can’t help but think of the games that weren’t nominated so that this could secure a spot.

Best Action Game is always a weird category for the simple fact that it’s so broad. There are just so many titles that could theoretically be nominated for this award that the competition tends to be intense.

All of that is to say that there are at least 10 titles I would probably nominate ahead of Far Cry 6 for this spot. Everything about Far Cry 6 is just…fine. There is very little about this game that elevates it far above the last couple of Far Cry games which were, themselves…fine. In such a competitive category, a mostly competent game like this just feels so much worse than it actually is.

I walked away from New World with better impressions of this deeply flawed game than most, but I’m still surprised that it secured a Best Multiplayer nomination.

Not only does New World have a lot of problems, but there’s another game nominated for that category (Valheim) that I feel better realizes a few of New World‘s best mechanics on a much smaller budget. There are a few games I think could easily take New World‘s spot in this category, but this probably should have just been a five-nominee category.

Arrow Season 6 Episode 16 Review & Reaction | AfterBuzz TV
The only way you’ll get me to run is if a Allosaurus is chasing me.🦖 #short #shorts #scifi
MCU Villain Redemption Arcs Ranked from Worst to Best
Marvel Studios’ Doctor Strange in the Multiverse of Madness | Get Tickets Now
The Last of Us: Are the Infected Actually Zombies?