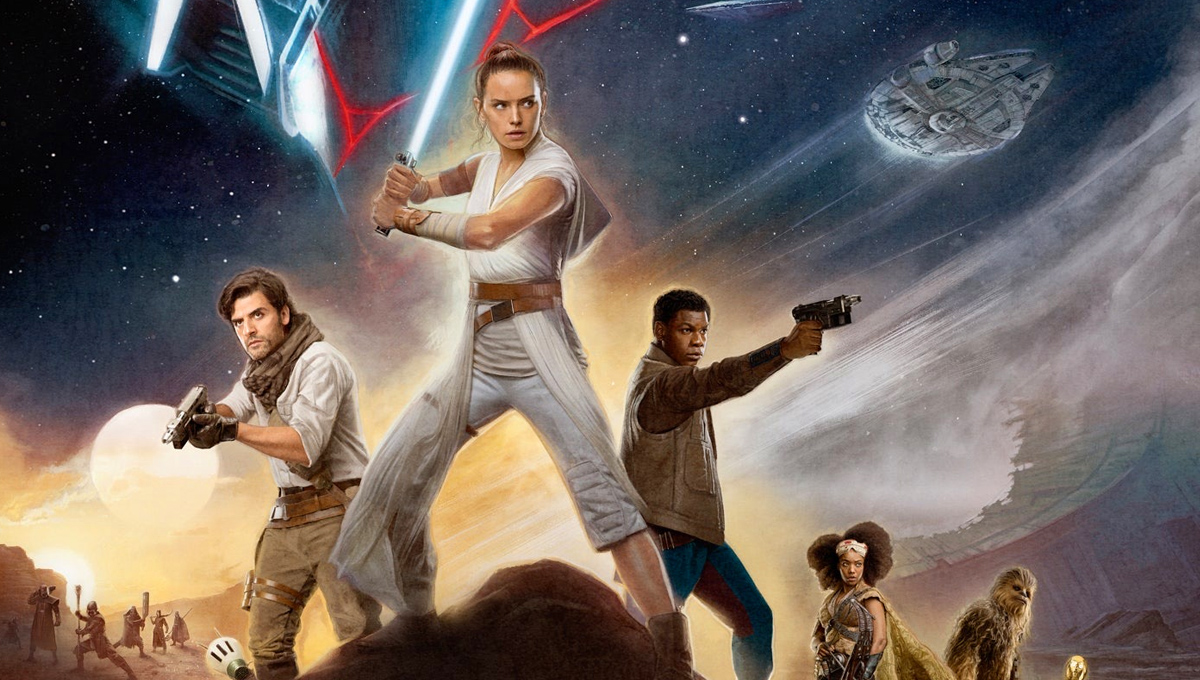 While the Star Wars Sequel Trilogy remains a controversial topic amongst an ever-divisive fandom, the franchise’s current docket showcases a clear resolve with Disney+ television shows that pivot back to the classic era of the Original Trilogy. Indeed, with The Mandalorian having spawned a spate of television shows closely situated around the Original Trilogy era, the later-era exploits of Sequel heroes Rey, Finn and Poe appeared destined for abandonment. However, Lucasfilm boss Kathleen Kennedy seems to disagree.

The studio president is apparently not ready to chuck the events of Disney-era film trilogy offerings The Force Awakens (2015), The Last Jedi (2017) and The Rise of Skywalker (2019) down the proverbial dank, dianoga-dwelling trash compactor of relative apocrypha just yet. At least that’s what she’s hinting in comments for an Empire cover story about Star Wars’ torrent of television—notably December’s The Book of Boba Fett and 2022’s Obi-Wan Kenobi. Surprisingly, Kennedy offered an intriguing comment on the prospective future of the Sequel Trilogy timeline, hinting the once-unlikely possibility of revisiting the era.

“Certainly, those are not characters we’re going to forget,” says Kennedy of the Sequel players. “They will live on, and those are conversations that are going on with the creative team as well.”

Notwithstanding the often emotionally-charged nature of opinions on the Sequels—which would even contradict Kennedy’s very notion of the characters being memorable—the idea that Star Wars would potentially revisit the films in some capacity is a surprise for numerous reasons. Notably, the metric of box office numbers confirms diminished returns uncharacteristic of the franchise with The Force Awakens’ $2 billion global gross falling with The Last Jedi’s $1.3 billion, to the $1 billion generated by The Rise of Skywalker. This indicated a significantly smaller interest in the iteration, which was seemingly affirmed by another damning metric, the lackluster sales of toys and other assorted tie-in merchandise, which arrived with each film in noticeably-reduced quantities, and made quick journeys to the clearance racks of retailers. Consequently, those characters are unlikely to grace the big screen ever again.

Yet, the Sequels’ chances of a revival—demonstrably slim as they may be—might be boosted by Star Wars’ ironic transition from being the embodiment of theatrical spectacle to a primarily small screen franchise. Indeed, the only reported film project with any clear momentum, Rogue Squadron, is currently mired in an inauspicious state of flux after the departure of director Patty Jenkins. This, and the still-nebulous state of the box office, could potentially leave producers rethinking any return to the big screen for the near future, which raises the possibility that those resources could instead go to more television projects—perhaps even one set in the Sequel era. Certainly, those films have yielded several loose threads centered on the main trio of Rey, Finn and Poe, along with unfulfilled story arcs given to the likes of Kelly Marie Tran’s unassuming Resistance mechanic, Rose Tico, and even the non-existent arcs given to hyped characters like Naomie Ackie’s former stormtrooper, Janna, and Keri Russell’s helmeted smuggler, Zorii Bliss. Yet, the question of motivation remains.

Disney has seemingly taken the smash success of The Mandalorian—which is set in the years immediately following Return of the Jedi—as an indication that viewers widely remain connected to the Original Trilogy era, as evidenced by direct-spinoff The Book of Boba Fett, along with the subsequently-arriving Obi-Wan Kenobi—which, despite starring Prequel Trilogy actors Ewan McGregor and Hayden Christensen, will be set about a decade before A New Hope. Additionally, even farther down-docket series Ahsoka will also be set in that general timeline real estate, cementing what seems to be an impenetrable Original Trilogy focus. That, however, could eventually change, thanks to both the current streaming-serial-centric state of the franchise on Disney+ and the inevitably-creeping power of generational nostalgia. After all, tastes tend to change as time progresses, and even the most egregious old wounds (admittedly, not a flattering metaphor for the Sequels,) have been known to heal.

However, before that rose-colored-glasses effect can take hold, the Sequels also have to overcome bad PR from within, notably from star John Boyega, who played Finn. Indeed, after 2019 closer The Rise of Skywalker was about a year the rearview mirror star John Boyega vocally criticized the anti-climactic handling of his character, who—initially presented as a co-protagonist in The Force Awakens—was gradually phased into the background in what he believes retroactively renders his character a token who was unceremoniously discarded when he no longer proved expedient to the trilogy’s increasingly-convoluted plot.

“I would say to Disney is do not bring out a black character, market them to be much more important in the franchise than they are and then have them pushed to the side,” said Boyega back in 2020. “It’s not good. I’ll say it straight up.” Yet, Finn’s unsatisfying arc was just one of several clear missteps attributed to a lack of story cohesion, which saw the films go from director J.J. Abrams to a thematically-divergent middle act written and helmed by Rian Johnson to an eleventh-hour decision to remove appointed closing director Colin Trevorrow in lieu of a rushed, hastily-re-scripted return tenure by director Abrams. However, one could take this notion as something that would further motivate Lucasfilm and the Disney machine to attempt a rehabilitation of sorts by way of better-focused television shows centered on the Sequels and its characters—if anything, for the sake of the company’s long-term interests.

Regardless, Star Wars is continuing its Disney+ era with The Book of Boba Fett, which launches its weekly streaming run on Dec. 29. After that, 2022 will yield more OT-adjacent offerings such as Obi-Wan Kenobi, Andor and, potentially, Ahsoka.