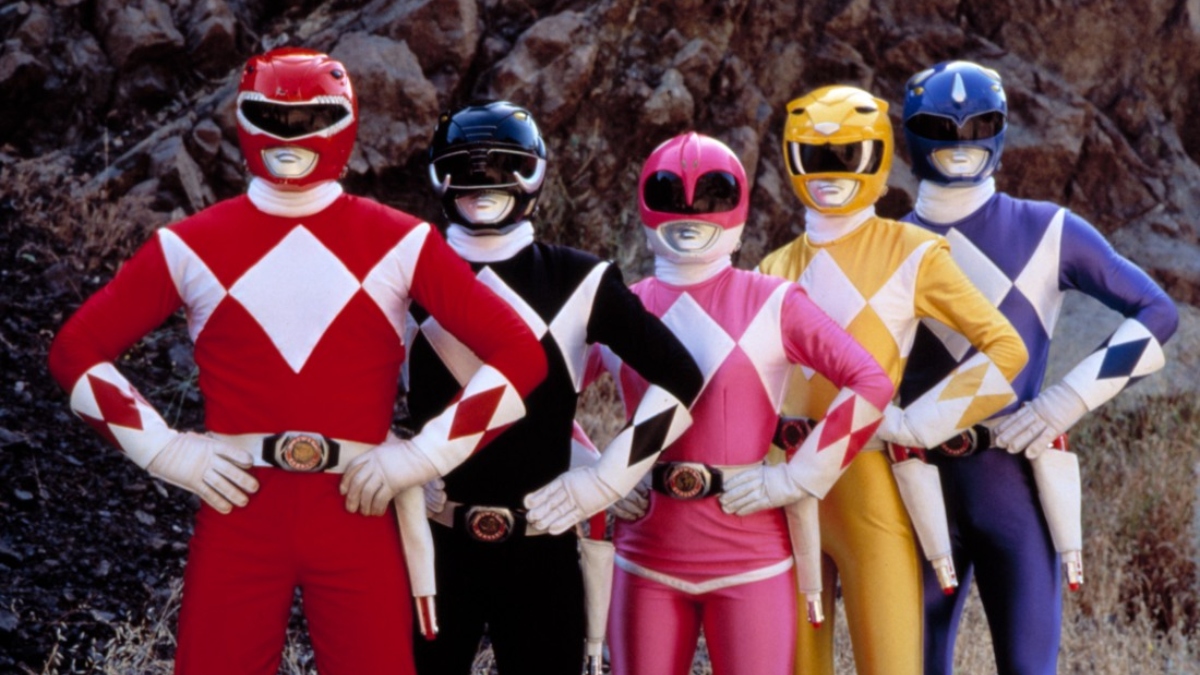 Just over a year ago we heard the first rumblings of a Power Rangers reboot universe, spearheaded by director Jonathan Entwistle. We haven’t heard much since but today we got our first glimpse that this universe is going to be bigger than any fan could have ever imagined. In a Deadline interview with eOne (which is part of Hasbro) President of Global Television Michael Lombardo discussed the company’s plans for upcoming productions, one of which is the new Power Rangers universe.

A year ago we only had vague promises of what we might be getting but now things appear to be much firmer. Lombardo says that the new “universe” will be a “a whole-world approach. It’s not just one show, it is shows followed by films, some kids’ programming.”

This confirms much of what we’d heard about, including shows, a film, and kids series. What this adds is that multiple films, non-kid shows, and kid shows are being planned. Presumably this might include the “new animation” series that Hasbro has mentioned in the past. Let’s break all these new developments down.

Lombardo stated that this new universe would not just be one show; he referred to it as “shows.” We also know these would be shows that aren’t aimed at kids, since later on he specifies they’re also working on kids programming.

This would mean that multiple series are being planned that will focus the franchise on a new non-kid demographic. We aren’t sure if that’s teens or adults but it wouldn’t surprise us if Netflix were trying to build up a universe of Power Rangers shows akin to the CW Arrowverse series. There are over 20 different Power Rangers seasons and teams to draw inspiration from and a rich universe to pull different show ideas out of.

We had previously reported that Entwistle would be directing a new live-action Power Rangers film that would be more mature than the current TV series and be written by Titans writer Bryan Edward Hill. Now there isn’t just one film being planned but several.

While this could just be pie in the sky hopes it still means that at least the first film is being written with an eye towards sequels. But actually, the film might be a sequel to the new TV show!

Lombardo stated that the new Power Rangers universe “is shows followed by films.” Now perhaps this was just industry speak and he meant all of these are being worked on at the same time but saying the shows would be followed by films seems to indicate that perhaps multiple shows may be released before a film would come out. In a way it’d be like what the MCU did with Avengers, although instead of multiple solo films you’d get multiple TV shows. Imagine if the Arrowverse’s Crisis on Infinite Earths event wasn’t a multi-parter but a feature film?

It’s hard to pin down what’s being planned here since reports of Hill writing the film came before much of this talk. Still, a lot can change in Hollywood in a year and maybe Netflix wants to build up to its Power Rangers film instead of just tossing it out there and hoping it’ll attract new viewers. Perhaps the shows will be a great tool not just to lay the world building so the film can hit the ground running but also as a way to slowly introduce the public to this new version of the franchise.

A version of Power Rangers aimed at kids is still on the table. While many fans have taken the news of this new reboot universe to mean the kids show is all but dead, it seems that Hasbro still wants to produce shows meant for Power Rangers’ original demographic. What’s most interesting about the prospect of these shows is how they’ll relate to everything else.

All in the Same Universe

When tweeting about this news, Entwistle once again gave the name of “Power Rangers universe” to describe what he’s working on. The Deadline article also refers to it as a “universe of multiple series.” You could read the use of “universe” as a simple way to refer to everything in development but the fact that Lombardo says that their plan is a “whole-world approach” makes it seem like everything will be connected. The non-kid shows, the films, and the kids shows could all be connected in one universe.

That is a massive undertaking and something not even the MCU has done. While the MCU has included films and TV shows aimed at an older audience, the kids’ shows Marvel has produced have very clearly been in their own universes and only draw inspiration from the MCU (though this looks to change soon if the new Spider-Man: Freshman Year animated series is aimed at kids). Balancing all of the tones that would be needed to make this work could be a challenge but if the non-kid shows and films don’t go harder than a PG-13 then it’s more than possible.

The only question this leaves is if the show will continue to utilize the Japanese Super Sentai footage or not. It would be extremely difficult to plan a universe of shows if Hasbro and eOne don’t have full control over what footage they’d be getting from Japan.

Last month we learned that the second season of Power Rangers Dino Fury would be a U.S. Netflix exclusive, though it’s unlikely this is meant as part of the new Power Rangers universe. Production began on it long before plans for this new universe were announced and executive producer Simon Bennett had previously told us he’s had no contact with Entwistle.

Still, Dino Fury season 2 coming exclusively to U.S. Netflix was a sign of things to come since all of these new shows and films have been, as Deadline puts it, “set up at Netflix.” This means that all of the new shows in the Power Rangers universe will be on the same platform, which makes perfect sense if you wanted to have that big of an interconnected universe.

This news makes it clear that Netflix is all in on Power Rangers and will be the home of the new Power Rangers universe going forward. This is a time of tremendous change for the franchise and if Hasbro, eOne, and Netflix can pull it off they’ll have one of the most unique interconnected universes yet. However, these are all just plans. We’ll have to wait and see how they pan out as they’re released. Multiple franchises have failed  to make an interconnected universe work and Power Rangers has the uphill battle of shedding its “cheesy” kid-show reputation. We can’t wait to see how they tackle it.

The only way you’ll get me to run is if a Allosaurus is chasing me.🦖 #short #shorts #scifi
Marvel Studios’ Ant-Man and The Wasp: Quantumania | Before
Best Nintendo Switch Settings You Should Be Using
Junji Ito Maniac: Ranking the Stories From Creepy to Downright Terrifying
How to Find a PS5 and Xbox Series X In 2023