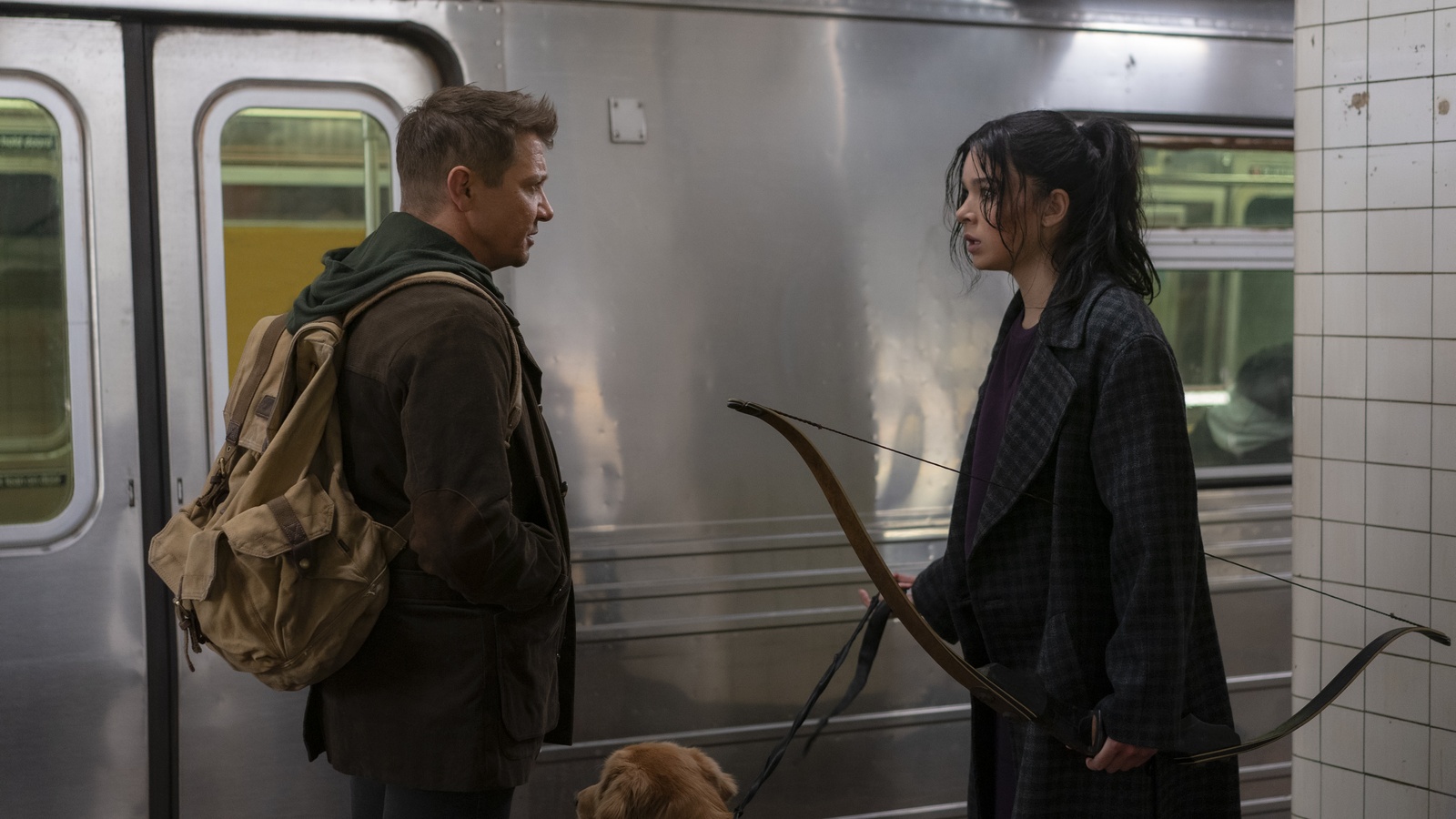 With each of its Disney+ series — just like with many of its movies — Marvel Studios has attempted to accentuate a different genre or tone depending on the story, the themes and the characters, not to mention each show’s place in the Marvel Cinematic Universe. WandaVision and Loki go for a surreal, cosmic, universe-bending vibe, while The Falcon and the Winter Soldier operates on the level of a geopolitical thriller. So where does that leave the latest Marvel limited series, Hawkeye?

“Every time we start developing a project, we are always talking about how we set it apart from everything else that we’ve done,” says Hawkeye executive producer Trinh Tran in an interview with Den of Geek about the six-episode series.

“With Falcon and Winter Soldier, with WandaVision and Loki, they’re all different,” she continues. “In terms of Hawkeye, how can we set that apart from everything else? One way was that we didn’t want to do another world-ending catastrophe where the heroes are saving their universe. It made sense for Clint’s story to be more personal.”

Set after the events of Avengers: Endgame, when Avengers charter member Clint Barton (Jeremy Renner) is struggling with the physical, mental and emotional aftermath of his long career as a superhero and the loss of his dearest friend (Natasha Romanoff), Hawkeye is best described as “street-level” Marvel. Literally: a lot of the show was filmed on location in New York City, where Barton takes his kids for a pre-Christmas vacation before he gets involved with both a mysterious coterie of criminals and a young woman named Kate Bishop (Hailee Steinfeld), whom he reluctantly begins to mentor.

“It’s a more personal stake for him because out of all of the heroes, he’s one of the few with kids, with a family,” says Tran about Hawkeye’s journey in the show. “We really wanted to hit that aspect of it, which is why it’s set at the holidays as well, because it’s all about (getting) home for the holidays, wanting to spend time with the family. He gets stuck on a mission and there’s a ticking clock in terms of, is he going to be able to make it home for Christmas? So it’s smaller scale, but full of heart — which is what we were striving for this particular series.”

A big city at Christmas time — let alone New York — is a classic setting for all kinds of movies, from action thrillers to comedies to romances. Filming in the Big Apple itself added that extra level of authenticity to the already more grounded narrative presented in Hawkeye.

“New York’s very special to me anyway,” series director Rhys Thomas said at a press conference the same day we spoke with Tran. “I was kind of a tyrant about being as true to New York as we could. Nothing bugs me more than fake geography in movies, and fake texture, so I think it was a given that we had to go there…plus we’ve got very human characters in the show as well, so I think anywhere that real world feel can breathe through the show, we had to take it.”

Much of the tone of Hawkeye was inspired by writer Matt Fraction and artist David Aja’s now-legendary 22-issue run that premiered in 2012. The book found Barton living in an apartment in Brooklyn, distanced from the rest of Earth’s Mightiest Heroes, and dealing with everyday problems while still going on missions with Bishop at his side. It was a major reinvention of a character who had been part of the Avengers for decades yet was never quite as well-defined as his colleagues.

Even so, Tran admits that working in aspects of Fraction and Aja’s take on the character while keeping what had been established about Barton in the Marvel Cinematic Universe was a sometimes tricky endeavor.

“It was just a matter of how do we do that, but preserve what we did with Clint, because we can’t just ignore everything that we have established for him in the last 10 years in the Avengers movies,” she explains. “So it’s a matter of making sure that we keep elements of what is true to the character, but also bring in that other side that we haven’t seen. And the best person to do that through is Kate Bishop, who is sort of the audience’s eyes and ears from the outside world into the MCU.”

Bishop herself has a long and storied history with Marvel Comics, ever since debuting in 2005 in Young Avengers #1. While we’ve already met versions of other Young Avengers in the MCU — including Eli Bradley (Patriot), Cassandra Lang (Stature), and Tommy and Billy Maximoff (Speed and Wiccan) — and will soon meet others like America Chavez, Tran declines to say (in classic Marvel non-answer style) whether the pieces are falling into place for an MCU take on the teen superhero team.

“There are always going to be new characters coming into the MCU as certain characters leave the fold,” Tran says in Kevin Feige-approved fashion. “What I can say is that every time we’re introducing new characters like Kate Bishop, our focus is to make sure that we get her right in this story and this series. Then we can go from there. But until we land her here, it’s hard to say what it’s going to be like.”

The first two episodes of Hawkeye premiere on Disney+ this Wednesday (November 24).

Actual footage of me on the search to find the Westworld ending we all deserve 🙃 #shorts #dust
MCU Villain Redemption Arcs Ranked from Worst to Best
Batman: The Doom That Came to Gotham | Trailer | DC
Marvel Studios’ Ant-Man and The Wasp: Quantumania | Experience
Wynonna Earp Season 3 Episode 5 Review & After Show