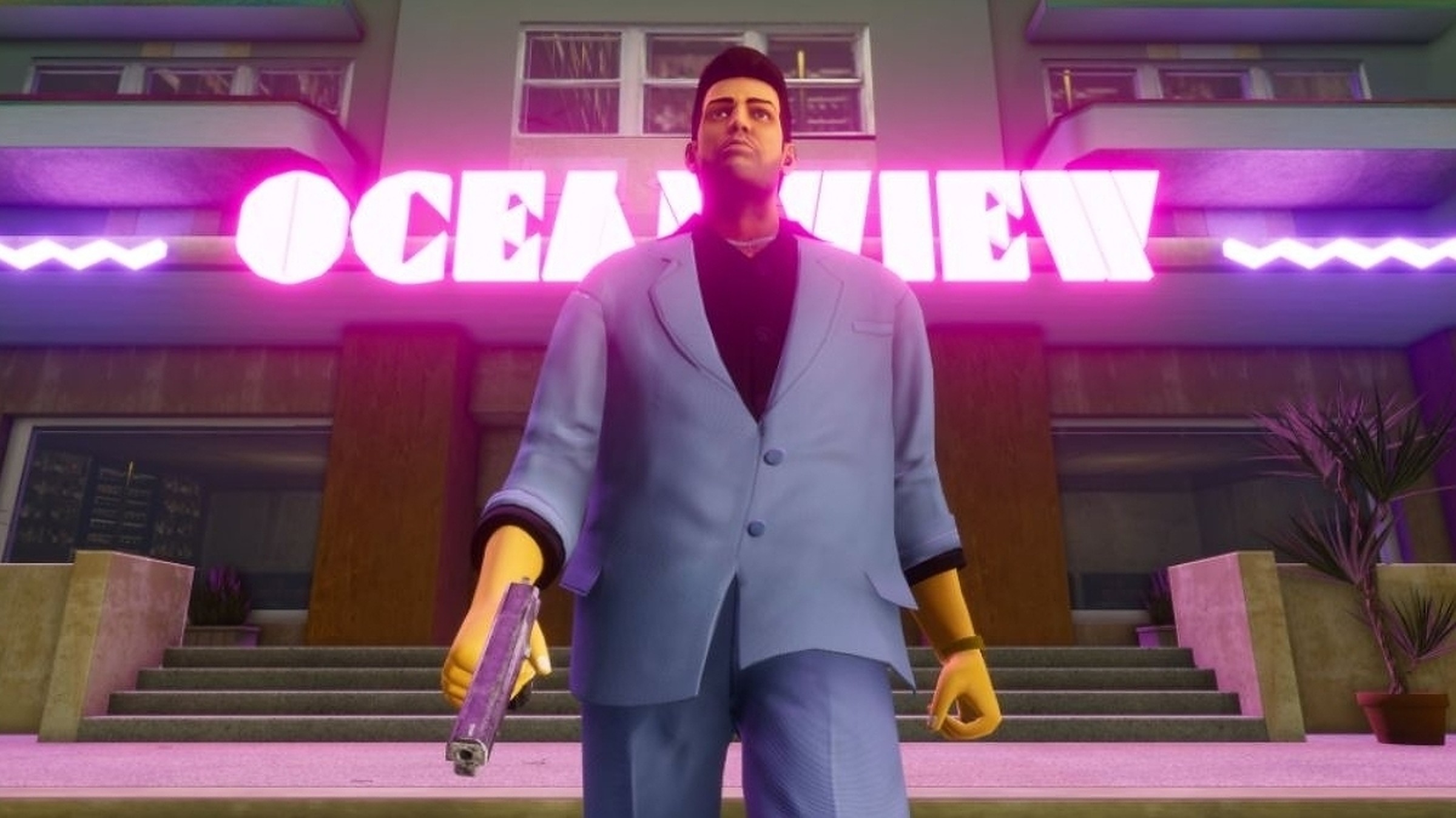 The recently released Grand Theft Auto: Definitive Edition remasters may be a bit of a disaster, but even in a mostly broken form, it’s hard not to appreciate the brilliance of GTA: Vice City.

Released in October 2002 (only a year after the revolutionary GTA 3), Vice City hit a generation of gamers like a lighting bolt. Even though Vice City was developed and released in a shockingly short amount of time (especially by modern GTA development timeline standards) it felt like such an incredible leap forward in so many ways. There are times when that game’s reputation almost elevates the experience above the quality of the game itself.

Yet, when you look back at GTA: Vice City, it’s easy enough to spot the lessons Rockstar should learn from that game when developing GTA 6.

While the Grand Theft Auto games before Vice City featured generally interesting casts of characters, Vice City certainly elevated the series’ standards in that respect. Nearly every character with dialog in that game is designed to be remembered even if you only remember for them for the celebrity that played them or some strange moment.

GTA: San Andreas, GTA 4, and GTA 5 all feature excellent casts of characters, but the series’ cast and scripts are growing so large that we’re starting to see more of the side characters be pushed aside and made a little more forgettable in order to ensure that certain characters get the right share of the spotlight.

Vice City showed there’s sometimes a value in scaling things back just far enough to ensure that the side characters get enough time to shine and help build a world through dialog, roles, and personality rather than digital miles alone.

Vice City’s “totally not Miami” layout is honestly one of Rockstar’s most underrated creations.

While even some players at the time of the game’s release noted that Vice City felt smaller than GTA 3 (which isn’t actually true), the city was packed with memorable locations that benefited from distinct design personalities and geological differences in such a way that made it easy to know where you were and where to go next just by taking a look at what is around you.

As GTA games have grown larger, they’ve sometimes struggled to recreate that element of Vice City. While it’s inevitable that GTA 6 will be bigger than GTA 5, there is some hope that whatever the main city is in the game (it might be Vice City again) will be designed in such a way that focuses more on it being a GTA city and less on it being a *wink, wink* recreation of an existing major city with long stretches of dull urban necessity and all.

It’s tempting to say that GTA 6 should just be set in the ‘80s like Vice City was, but the bigger point here may be that Rockstar needs to find a way to capture the feel and excitement of whatever time period they choose to set the game in. As Vice City showed, there’s no better way to do that than with a killer soundtrack.

As I’ve discussed elsewhere, Vice City’s soundtrack was more than just a great playlist. It was the lifeblood of a classic game that wrapped around you like a blanket whenever you stepped into a car and flipped to just about any of the game’s stations. Long after you’ve forgotten certain aspects of Vice City, you will remember that soundtrack.

GTA 4 and 5 struggled to recreate the excellence of that soundtrack. While that strengthens the idea of going back to an older time period and choosing nothing but bangers, I do believe a more modern soundtrack could invoke that same feeling if it’s curated with care and consideration for the player experience.

It’s funny to think about now, but there’s a point about halfway through Vice City where you essentially solve the problem that you came to the city to solve and find yourself in a position to essentially become the boss of the town. It was a brilliant move that instantly made the game feel so much bigger and different from GTA 3.

While GTA games since Vice City have featured real estate and property acquisition mechanics, none of them (with the possible exception of San Andreas) have really captured the thrill of that mechanic as it existed in Vice City. That game turned acquiring new territories into mini-campaigns and really made you feel like you were slowly becoming the king of that little world.

GTA 6 should give us a world that we’re able to make our mark on and can change through scripted and organic actions.

Vice City continued a long-running GTA tradition by featuring a series of rival gangs who would often not only try to kill the player but would war with rival gangs who dared to wander into their territory. Some of those battles occurred via missions but they would also just happen out in the world if the right conditions were met.

GTA: San Andreas greatly expanded upon that concept, but GTA 4 and 5 kind of pivoted away from it for reasons that I’m not sure were made entirely for the benefit of the gameplay. Gangs in Vice City and San Andreas felt wild, dynamic, and really helped sell that idea that there were distinct areas of the map that had their own personalities and stories.

I would love for GTA 6 to revisit the idea of dividing an area into those distinct gang-controlled territories and really fuel the idea that this place is trying to kill you and that it’s something you need to work to overcome and possibly take over.

Xbox’s Lack of Exclusives Has Been a Real Problem For the Series X/S Generation
MCU Villain Redemption Arcs Ranked from Worst to Best
MILESTONE GENERATIONS OFFICIAL TRAILER
FLASH FACTS | Official Trailer
The Last of Us: How Long Does It Take to Beat the Games?