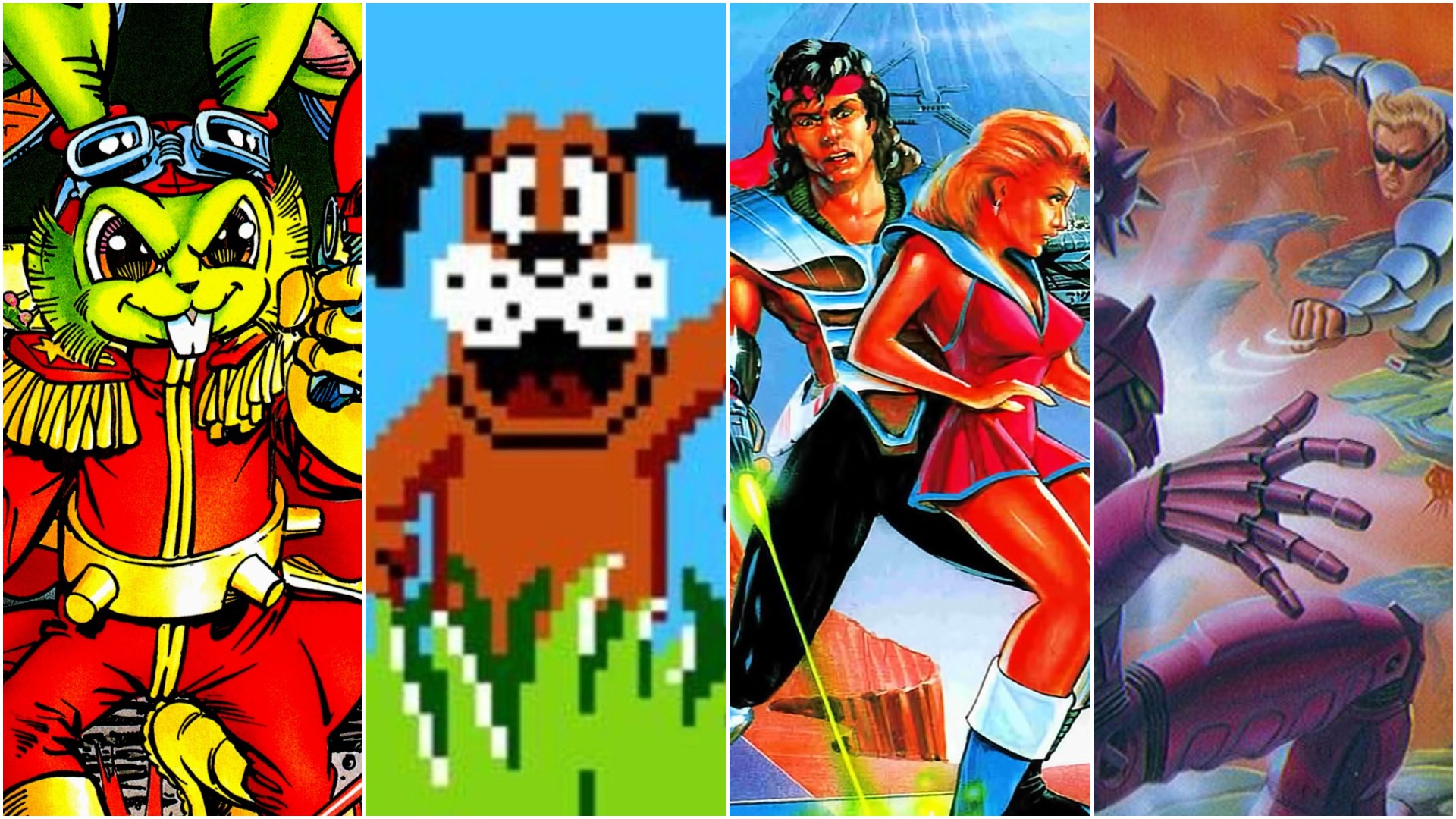 In the 35+ years since the NES changed the video game industry, we’ve celebrated pretty much every aspect of the revolutionary console (including that strange time when we all thought blowing air into an NES cartridge could fix them). However, it’s truly remarkable to look back at the NES’ incredible library of all-time great titles and realize that so many of them haven’t gotten a proper sequel.

While it’s amazing to think that the video game industry has refrained from making sequels to some of these games given the sequel/reboot/remake culture that we live in, the fact of the matter is that there’s just something about each of the games on this list that make them tough sells for a revival. Some were too weird, some are stuck in licensing hell, and some have simply fallen through the cracks of history despite being exceptional.

Regardless, each of these NES games is worthy of a sequel either because the original experience was so incredible or there was just something about it that deserves to be revisited all these years later.

Duck Hunt has gotten some minor upgrades over the years (and we’ve seen the game’s principal characters get an HD makeover in Super Smash Bros.), but we’ve never gotten a proper Duck Hunt sequel despite the original’s prominent role in the evolution of the industry.

Yes, you’d probably have to update the basic Duck Hunt concept to make a Duck Hunt sequel engaging for more than a few minutes, but there is a simple joy to the original game that has survived throughout the years and could be used as the basis for an entertaining modern game (if it’s done well).

This is a mostly obscure relic from the NES’ considerable collection of classics, and, if I’m being honest, there are quite a few reasons why this game got buried by so many other memorable NES action titles.

However, I love the idea of a game that revolves around a weapon of destiny that the player upgrades as they progress. There’s a simple joy to this action title that is complemented by Demon Sword’s fantastic style, music, and world.

Due respect to every hardcore hockey fan out there, but I just feel like hockey games are better when they’re relatively simple. So far as simpler, arcade-like hockey games go, few have ever done it better than Blades of Steel.

With its fast-paced gameplay and memorable fight minigames, Blades of Steel is a gift that just keeps on giving. I know Konami doesn’t really make games anymore (at least in the traditional sense), but this purely enjoyable gem absolutely deserves a sequel.

Journey to Silius began as a Terminator adaptation, but when developer Sunsoft lost the rights to that property, they were forced to change the project’s graphics, plot, and characters in order to avoid any association with the James Cameron film.

Despite the changes, Journey to Silius is arguably still the best Terminator game ever. This title’s brilliant 2D action and all-time great NES music make it one of the most simply enjoyable action games of the era. This game deserves to be remembered as so much more than “almost Terminator.”

Essentially a Ninja Gaiden knock-off with a few driving and “light gun” sections thrown in for variety, Vice: Project Doom is kind of like a grab bag of the various trends that dominated NES action games at the time.

However, there’s a lot of the game that simply “works” despite its obvious…influences. This is a tough-as-nails NES action game with a surprising amount of creativity and variety as well as a surprisingly detailed (if still fundamentally simple) storyline that could certainly be improved upon today.

I can’t imagine the world in which a major developer decides to make a Bucky O’Hare game in the foreseeable future, but that doesn’t mean that this absolutely brilliant Konami action platformer doesn’t deserve to be revisited.

This wildly creative NES game features some of the best level design of its era as well as some truly unforgiving gameplay. This almost feels like the game that modern NES-style indie titles are secretly trying to be.

I’ve heard some call Little Nemo one of Capcom’s lesser NES efforts, and I kind of see where those critics are coming from. Compared to some of Capcom’s other titles from that time, Little Nemo is slow and rough around the edges.

Yet, the way that this title so wonderfully utilizes vastly different scenarios that essentially makes each new level its own game is the kind of idea that is just begging to be revisited, especially since there are so many aspects of the title that could clearly be improved by modern technology.

I completely understand why some still consider Crystalis to be one of the NES’ best “Zelda knock-offs,” but the fact of the matter is that this title did things that other games (future Zelda titles included) wouldn’t properly replicate for years to come.

This brilliant top-down RPG combines satisfying action gameplay with wonderful puzzles and truly fantastic dungeons. The way that this game so openly embraces traditional RPG elements more commonly seen in ‘80s PC games makes it one of the deepest and most complex titles in the NES library.

As a side-scrolling RPG that’s not that difficult and surprisingly short, Faxanadu is something of an oddity among NES games. In fact, I’ve heard some people say that this game is far too simple compared to its competition to ever really be considered an NES classic.

However, I honestly think that this is one of the best gateway RPGs ever made. For a title that was first released in 1987, it shockingly features so many of the elements we associate with more advanced video game RPGs (stats, medieval fantasy settings, NPCs, etc.), yet manages to wrap all of those concepts around a simply enjoyable NES action/adventure title.

6. Monster in My Pocket

I briefly mentioned this game during my look at the best NES horror titles, but I don’t know if you can ever really talk too much about this lovely little Konami title that is essentially a Saturday morning cartoon version of the classic Universal monster films blended with some surprisingly bizarre imagery.

Many of this game’s rougher (or stranger) edges can be attributed to some odd licensing issues, so I’d love to see what a modern developer could do if they somehow secured the ability to just go wild with the idea of pocket-sized monsters on a grand adventure.

Little Nemo may be the “Little” NES game that tends to get the most love, but there’s a strong argument to be made for Little Samson’s status as the most underrated NES action platformers ever made.

Little Samson is an excellent game across the board, but the thing that makes it stand out all these years later is its magnificent character swapping system that allows you to choose between four characters at any time (once their unlocked) and utilize their various strengths and weaknesses in interesting ways. I can only imagine what a few modern developers could do with the excellent framework of this true gem.

If The Magic of Scheherazade isn’t the best Zelda-like game in NES history (and it just might be), then it certainly has to be considered the most underrated, overlooked, and tragically forgotten game in that category full of classics.

This title’s Middle Eastern mythology and setting help it initially stand out from the pack, but it’s really this game’s multiple time periods, strange blend of real-time and turn-based combat, and stunningly deep mechanics that make it one of the most unique titles on the NES. This game was supposed to get a SNES sequel, and it’s truly disappointing that we never got one.

While this game is certainly best known as the inspiration for the name of the band in Scott Pilgrim, it arguably deserves to be better known for its incredible structure that no other game has ever properly replicated.

Clash at Demonhead is built around a much more complicated version of Bionic Commando’s “branching path” structure. Half of the battle in this game involves figuring out where you’re supposed to go, but there’s something about this structure that makes Clash at Demonhead feel like a truly epic adventure. The whole game is this simply amazing blend of Mega Man, Metroid, and NES RPGs that absolutely deserves to be revisited.

I’ll echo what many people have said over the years by suggesting that part of the reason this game failed is that it was bizarrely associated with the Street Fighter series despite having almost nothing in common with that fighting game franchise. Many young gamers’ bad memories of this title are based on the idea that it was a “bait and switch” game.

However, Street Fighter 2010: The Final Fight more than stands up on its own all these years later. This punishingly difficult game uses constantly scrolling stages and an odd control scheme to keep you on your toes, but there’s something about its blend of platforming, boss battles, and that works in a way that I’ve never seen another 8-bit title (or 8-bit tribute title) properly replicate.

The Guardian Legend was, is, and will likely forever remain an odd title. It was widely criticized upon its release, and it has to be said that there are elements of this game that simply don’t work.

Yet, there is so much brilliance in the way that this game effectively blends The Legend of Zelda (or Startropics) with a top-down shooter that it’s pretty much impossible not to wonder what kind of games we would have gotten if this title had made more of an impact when it genuinely confused people in 1989.

Some of the games that most deserve sequels are the ones with a great idea that the developers didn’t quite get right, and I can’t think of a better example of that basic idea than The Guardian Legend.