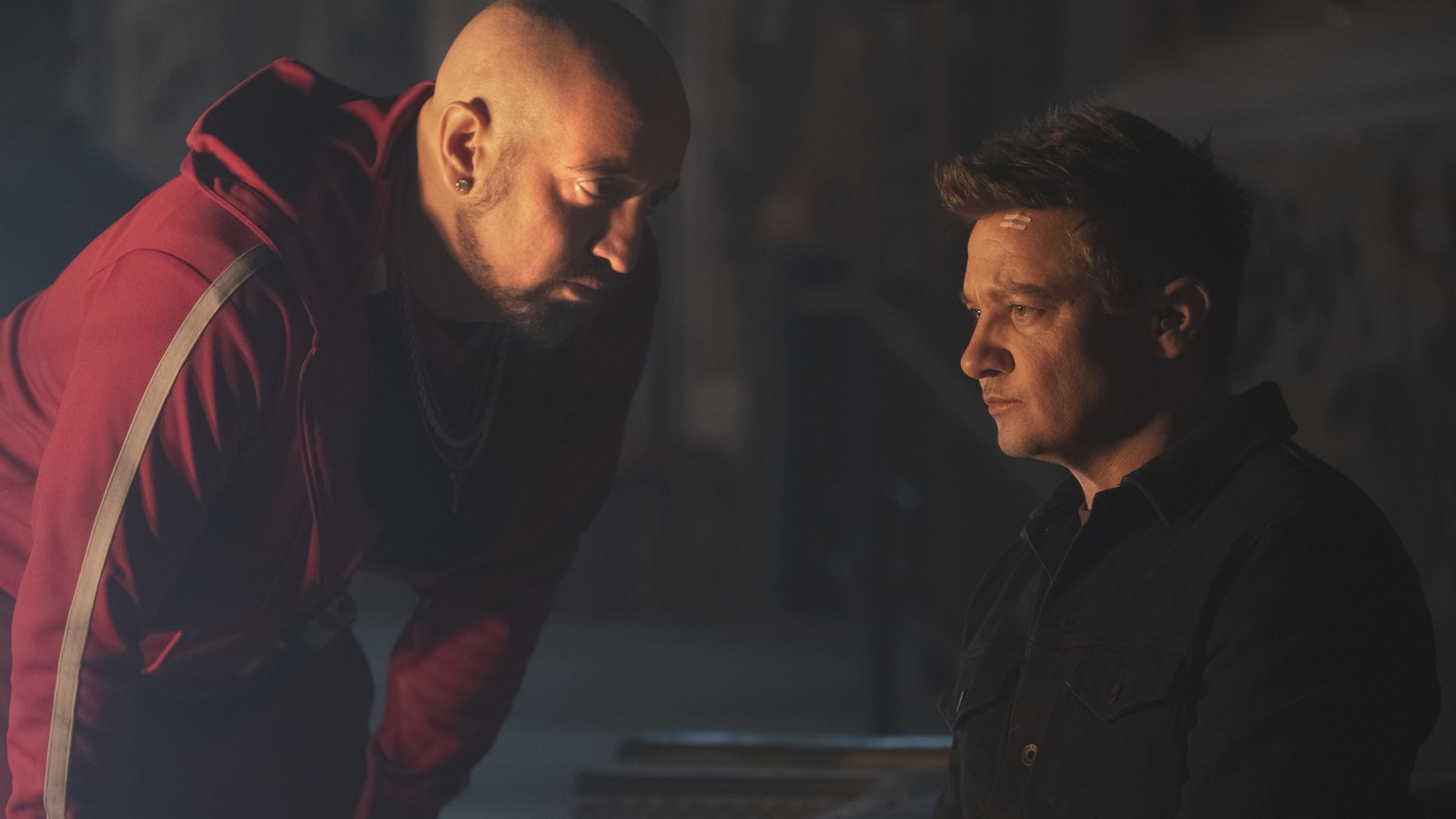 Clint Barton, a.k.a. the Avenger known as Hawkeye, is a normal human being. He has many skills, several of them involving weapons and quite lethal, but he does not have any superpowers. So perhaps more than his other superfriends, he is quite susceptible to injury or even death.

The Marvel Cinematic Universe version of Barton (Jeremy Renner) has taken his share of licks over the years — that’s what happens when you battle armies of invading Chitauri or legions of Ultron robots — and as a result of being around massive explosions and catastrophic battles, we discover in the new series Hawkeye that he now wears a hearing aid.

Asked at a press conference promoting the show what it means for his character to go through hearing loss and how it affects him, Renner responded, “I grew up with it…my cousin’s deaf, and a lot of that’s in my life — the idea of being differently abled.”

Renner continued, “I thought it was just a really wonderful thing because it’s been part of Clint’s character in the comics and we’ve found a way to make it a truthful entry point into his life and how it affects his life. There’s a wonderful vulnerability that comes with it, and a lot that ties into other characters in a negative way and a positive way.”

Renner is no doubt referring to the presence of Maya Lopez, also known as Echo, a Deaf Native American played by Alaqua Cox (who is both Deaf and Native American in real life) who appears at the end of episode 2 of Hawkeye and — at least initially — is a nemesis to Barton and Kate Bishop.

But he’s also referring to the fact that Hawkeye has dealt with hearing loss in the comics for years, going back to 1983’s four-issue Hawkeye miniseries. It went away for a while (reality-warped away by Franklin Richards in 2001), but then returned in 2012 as a major component of his character in Matt Fraction and David Aja’s acclaimed 22-issue miniseries.

And while Hawkeye is not deaf per se, the addition of his hearing problems to the screen version of the character comes at an interesting time, with Maya Lopez not just showing up in Hawkeye but getting her own show, and with Deaf actress Lauren Ridloff playing the superpowered Makkari in Eternals.

Marvel president Kevin Feige believes that such representation is an important part of both projects and for the MCU going forward. “I think so,” he says. “I mean, Doug Ridloff, who is married to Lauren and who works with her, has also worked with Alaqua on this and is a consultant on our Echo series as well. We learn on each project, and we grow, hopefully, on each project.”

The addition of Cox’s Echo and Ridloff’s Makkari to the MCU are positive signs of that growth in terms of representation for the Deaf community in the franchise at large. On the other hand, the introduction of Clint Barton’s hearing loss in Hawkeye adds a dimension to this long-serving Avenger that puts a superhero face on a very real and very human issue.

Hawkeye is streaming now on Disney+.