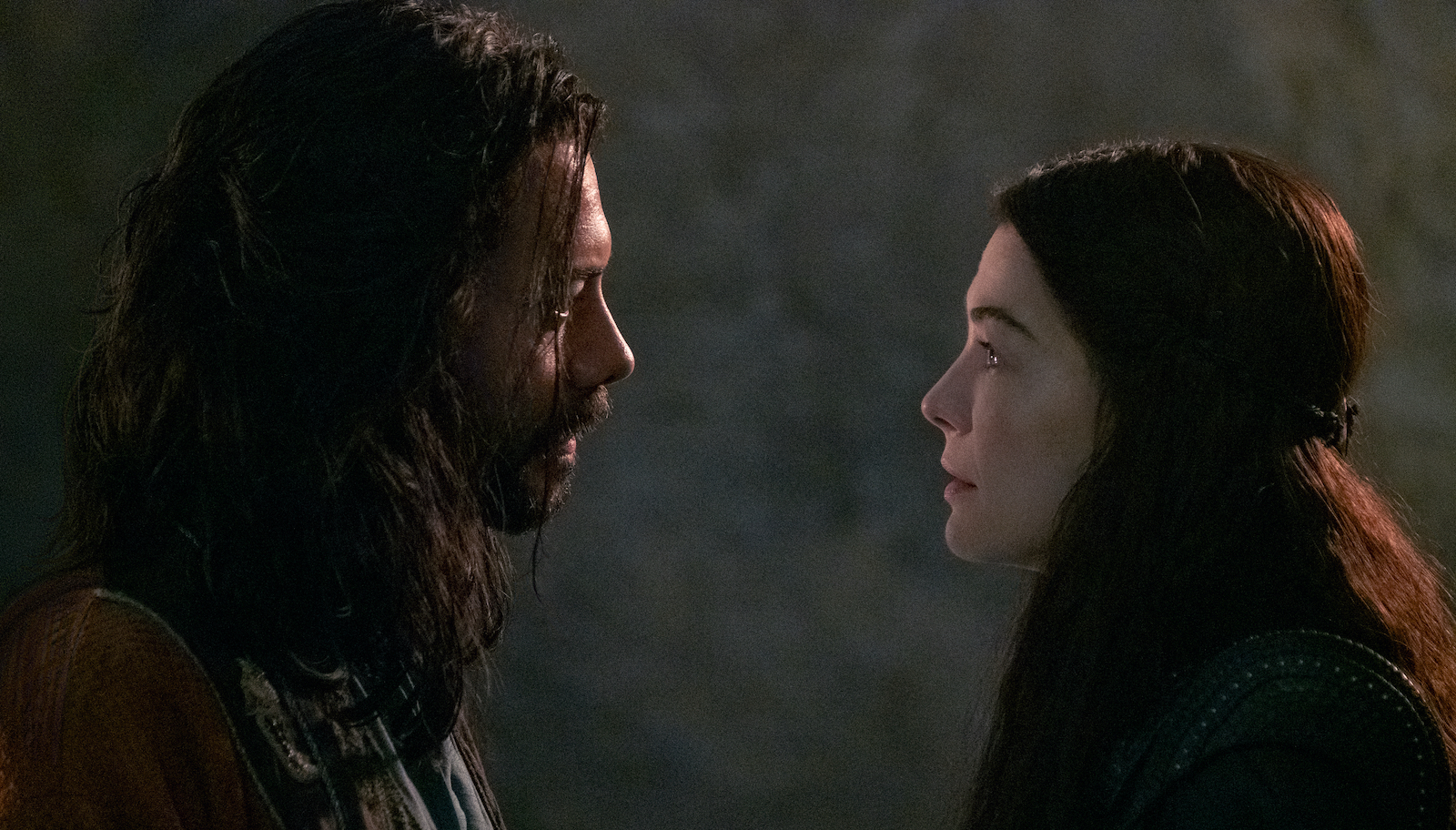 This article contains The Wheel of Time spoilers.

Being familiar with the books upon which a television adaptation is based already sets up even the most optimistic viewer for disappointment, but this is particularly true for readers who watch The Wheel of Time. The Eye of the World, the first book in the Robert Jordan series, is told from the point of view of the one who is quickly recognized as a candidate for the Dragon Reborn. The show, on the other hand, has managed to dig itself out from its deficient narrative through one major change: hiding the identity of the reincarnated destroyer-hero.

Episode 4 of The Wheel of Time is called, appropriately enough, “The Dragon Reborn,” and even though we’ve been told that Moiraine has followed the clues to the Two Rivers, we assumed that only Egwene, Rand, Mat, and Perrin were possible Dragons. Along those lines, the gleeman Thom Merrilin in this week’s episode begins to suspect that Mat is showing signs of being a male channeler, with the requisite madness that accompanies the touching of the corrupted Source as the Dragon himself once did in ages past.

The reason this suspicion works so well is that Mat’s tale is juxtaposed with the unfolding fate of Logain, a man claiming to be the Dragon Reborn who is in the custody of the Aes Sedai. The black ooze we see being vomited up and otherwise excreted by Mat is reminiscent of the tainted magic the false Dragon is throwing at the glowing white weaves of the women who captured him. But is it the same? We’re supposed to suspect that insanity has caused Mat to slaughter the family of farmers rather than the Fade that followed him and his companions, and even when we see the truth, we wonder if Mat could be the Dragon in destroyer form.

Moiraine has already seen the power within Egwene, and if the Dragon has been reborn as a female, she would more likely be a savior of the world. But Mat remembers hearing about a fifth candidate, and Nynaeve is revealed as number five in spectacular fashion. The Wheel of Time did a wonderfully subtle job of building a closeness between the wisdom and Lan Mandragoran, one of a more familiar romantic sort than the bond between an Aes Sedai and her warder. As healing power comes bursting forth from Nynaeve to save Lan’s life, Logain can only look on in wonder.

The build-up is magnificent! We see how powerful the false Dragon is as the Aes Sedai struggle to contain him, and we hear how Moiraine tells Logain that the real Dragon’s power is magnitudes stronger. Is Nynaeve’s power not exactly what was described? Do we now not have our answer as to who the Dragon Reborn is? But wait! We have yet to see what makes Rand or Perrin candidates. It’s a brilliant mystery that exists nowhere in Jordan’s first book in The Wheel of Time.

It’s enough to make a reader wish not to know what they already know. Nevertheless, knowledge of the Dragon Reborn’s identity does not dampen the impact the fourth episode of The Wheel of Time displayed. For those who were disappointed with the slow pace, the clunky characterization, or the barren settings in the earlier episodes, “The Dragon Reborn” was a like a shocking and refreshing splash of cold water in the face. This is what lovers of the book wanted! How ironic then that the show’s saving grace should come from something completely absent from the books that inspired it.