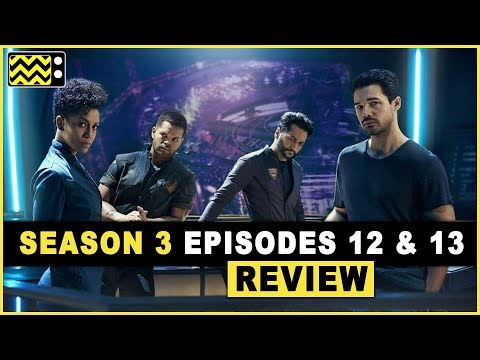 Ads by Amazon
Share on Facebook
Share on Twitter
Share on Pinterest
Share on LinkedIn
Hosts Kari Lane, Rick Hong and Cherry Davis break down the epic finale of The Expanse with special skype guest Frankie Adams (Bobbie Draper)! Frankie gives the inside scoop on her role, how it was acting in that suit, and who would win in a fight with Melba. We got answers but even more questions and cannot wait for season 4!

The Expanse After Show:

Travel with our hosts hundreds of years in the future, where things are different than what we are used to after humans have colonized the solar system and Mars has become an independent military power, pushing Mars and Earth on the brink of war. Each week on THE EXPANSE AFTER SHOW, we’ll review, recap and provide in-depth discussion on the latest episodes as well as bring you scoops from the show’s cast and crew!

The only way you’ll get me to run is if a Allosaurus is chasing me.🦖 #short #shorts #scifi
Small Town | Marvel Studios’ WandaVision | Disney+
Even More DC Shows Have Been Axed at HBO Max
Xbox’s Lack of Exclusives Has Been a Real Problem For the Series X/S Generation
FLASH FACTS | Official Trailer