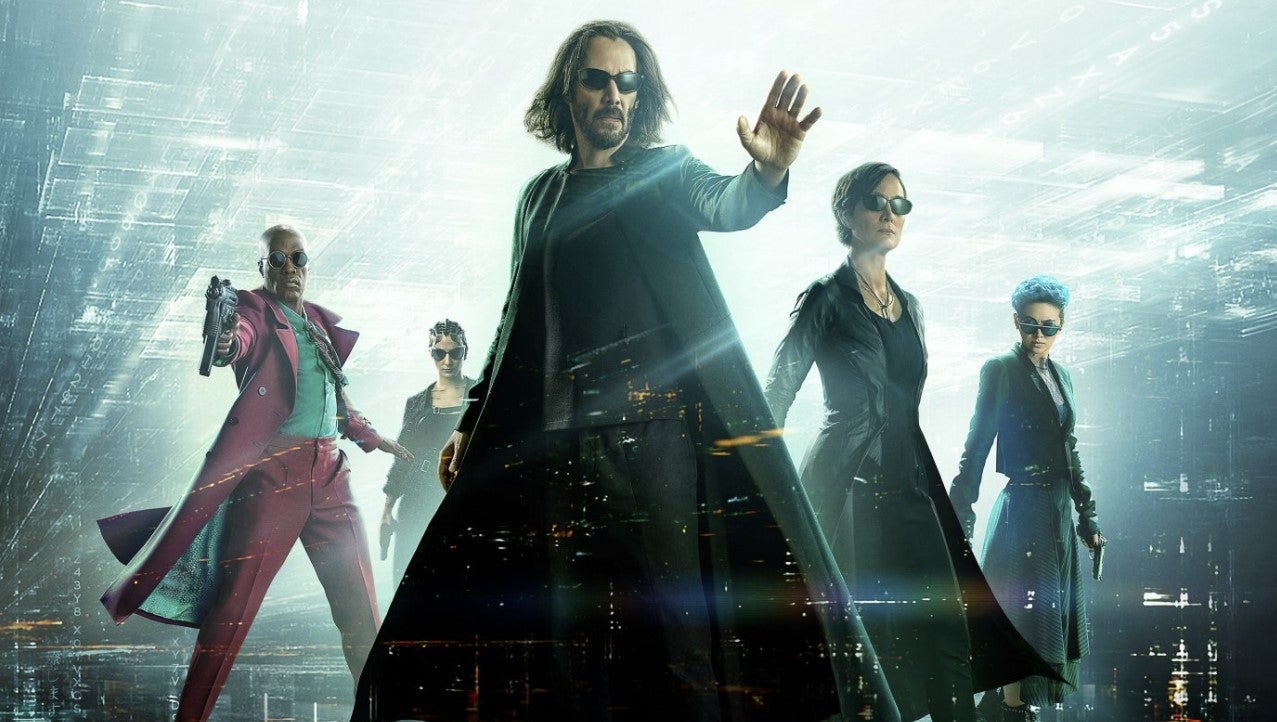 In many ways, The Matrix Resurrections feels like a remake: Thomas Anderson is trapped inside the simulation once again, waiting to be woken up in the real world. A new group of runners led by Morpheus are fighting the Agents and Machines that threaten Zion. Once again, Keanu Reeves’ Neo is faced with a choice: the red pill or the blue pill?

But as much as things stay the same, Resurrections is also a continuation of the trilogy of films that concluded with Revolutions in 2003. Not only is the new sequel bringing back characters like Niobe (Jada Pinckett Smith) and the Merovingian (Lambert Wilson) but Warner Bros. has also confirmed the return of another character from Revolutions.

The official Warner Bros. Korea Instagram handle has finally revealed that Priyanka Chopra is playing the adult version of Sati, the little girl/program who was at the center of one of the more enigmatic subplots of Revolutions. She was introduced as a bit of an anomaly herself, a program born out of the love between two other programs (her parents). Because she didn’t have a defined purpose, Sati was to be deleted but her parents made a deal with the Merovingian to save their daughter’s life. Neo first encounters Sati and her parents at the train station between the Matrix and the real world in Revolutions.

“#사티ㅣ#프리앙카초프라” read the first two hashtags in Korean, which translate to “#Sati | #Priyanka Chopra.” While it’s long been speculated that Chopra was playing Sati, this is the first time WB has confirmed the character’s return.

We’ve only seen Sati briefly in the trailers and teasers released so far. In the first full-length trailer, we see her reading a copy of Alice in Wonderland and then smiling up at Neo as he enters a coffee shop. She seems to be expecting him, with the knowing expression that we saw plenty of times on the Oracle’s face in the original trilogy, suggesting that perhaps Sati has taken over the Oracle role in the 20 years since the last adventure. That’s me speculating, though.

In our brand-new interview with Matrix Resurrections star Jessica Henwick (she plays future cyberpunk fashion icon Bugs), the actor teases one of Sati’s scenes in which she delivers a “10-page monologue of thick, very technical Matrix dialogue.” According to Henwick, Sati is talking to Neo in the scene. “Then at the end of the scene, Keanu had one line. The line was like, ‘Will it work?’”

Whether Sati is the new Oracle or not, it sounds like she’s at the very least a guide for the new generation of heroes in their never-ending fight to free humanity from the simulation. And it makes sense that she would take up such an important role. After all, the Oracle (Mary Alice) and mysterious bodyguard Seraph (Collin Chou) went to great lengths to try and protect Sati from both the Merovingian and Smith.

The Oracle even alluded to Sati’s importance in a cutscene from the tie-in video game Enter the Matrix, revealing she believed the child would “change both the Matrix and the real world.”

It’s a prophecy that isn’t exactly fulfilled in the original trilogy — some might even say the subplot seems to come out of left field and goes nowhere in Revolutions — but perhaps it was meant to be more of a promise for a future Resurrections is now set to explore. Something tells me that when Neo meets Sati again 20 years later, she’ll be able to do more than just change the simulation’s sky.

The Matrix Resurrections opens on Dec. 22 in theaters and on HBO Max.

The Best Super Bowl Commercials Featuring TV Shows
Why Dragon Quest Has Always Been So Much More Popular In Japan
Hogwarts Legacy: How to Unlock and Claim Twitch Drop Rewards
Hogwarts Legacy Controversy Explained: Why Are People Boycotting the Game?
The Ark’s Sci-Fi Tropes Are ‘There For a Reason’