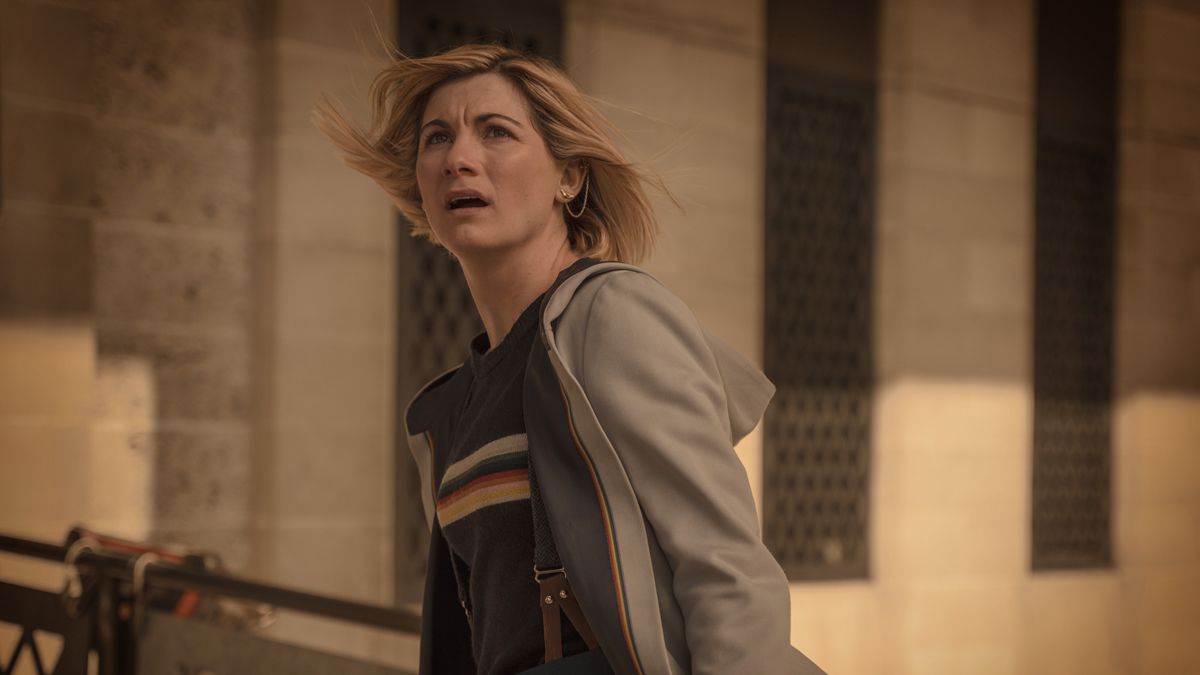 Warning: contains spoilers for Doctor Who: Flux Episode 6 ‘The Vanquishers’

The Doctor Who: Flux finale came and went with the chaotic clanking of a milk float taking a corner too fast. It had a billion plot threads, a dozen villains, twice as many companions, and four Doctors, one of whom didn’t count because she was really Time. If you’re in need of a more thorough explanation than that, we can offer this.

Even if it did skimp on coherence, Series 13 did not skimp on ambition. Considering that the whole thing was made during a pandemic that slowed production and stole episodes of run time, what it put on screen was pretty remarkable. This fairground ride of a series ended with the universe – or what’s left of it – saved, along with everyone except for thousands of planetary populations, almost all of the baddies, and Professor Eustacius Jericho, Scourge of Scoundrels (flags at half-mast please).

As well as a universe so diminished that it could probably now fit in the TARDIS’ glove box, Doctor Who: Flux left behind it some questions. These are they:

Will the Doctor retrieve her wiped Division memories?

At the beginning of Doctor Who: Flux, the Doctor had one motivation: to find out more about her time as a Division agent and regain her lost memories. That’s why she chased Karvanista across the universe, kick-starting this whole adventure. By the end of ‘The Vanquishers’, the Doctor was in possession of the Gallifreyan fob watch in which her wiped memories had been stored, but chose not to open it. Instead – much as you might ask a housemate to do with a tub of Cadbury’s Heroes with which you can’t be trusted – the Doctor asked the TARDIS to hide the watch somewhere she could never find it, unless she really asked.

What changed between the Doctor charging onto Karvanista’s ship and demanding answers in episode one, and her finally getting the thing she’d been searching for but then deciding ‘nah, it’s fine, I’ll leave it’? If it was realising that her search for Division was indirectly responsible for the Flux, and that whatever was inside that fob watch was more trouble than it was worth, she didn’t exactly say so.

To give the plot point its due, the Doctor does have form when it comes to burying past selves and carrying on as normal. Their memories of the War Doctor’s destruction of Gallifrey hadn’t been wiped before re-emerging in 2013’s ‘The Day of the Doctor’, they’d just been pushed down because Ten and Eleven didn’t want to face their genocidal guilt. The War Doctor represented an act so brutal that the Doctor tried to forget the man he was when it was committed. The Fugitive Doctor is clearly a fighter who knows her way around a laser rifle, so perhaps her memories would contain similarly unconscionable acts of violence that the Doctor is also best off keeping hidden?

Is this the end of the Division?

For all Tecteun’s talk of the Division being magnificent and indescribable with unparalleled influence and unlimited reach across all dimensions, by the end, it did look remarkably like a solitary Ood in a garden centre. Was that really the end though? For such an omnipotent and far-reaching organisation, surely the death of its current leader wouldn’t mean they’d shut up shop. Unless Tecteun was simply talking it up like an ‘I want £500K for one percent of the company’ Dragon’s Den chancer, the Division must comprise of more than a single between-universe HQ run by a mild-mannered, smoothie-proffering Ood. It recruits across all dimensions, from all species, so presumably we haven’t seen the last of it.

What does that mean? Spin-off novel and audio adventure opportunities, for sure. But from now on, in every new adventure for the Doctor, will there always be the possibility that her murderous old firm is behind whatever alien invasion/intergalactic war/space apocalypse is causing trouble? Does the Doctor now have to stop the Division for good (judging by her picking up Dan for a new adventure, that doesn’t seem to be next on her to-do list), or has that whole issue just… gone away?

Will the Doctor restore the universe using Tecteun’s Seed Bank?

After the Doctor hoovered up the last of the Flux in a big void-y Skeletor, we didn’t see her spending any time grieving for, or even mentioning, the thousands of planets and species the Flux had already wiped out. There was also no mention of the fact that the Division HQ was, as Tecteun had described it, a genetic seed bank containing traces of all life from the ravaged universe that could be used to repopulate the next. Either that will come into play in Jodie Whittaker’s three remaining specials (airing at the New Year, in spring and in autumn 2022), or it’s been forgotten too. Trying to repair the damage caused by a destructive force unleashed on her account would be quite Doctor-ish though, wouldn’t it?

Why could Swarm regenerate?

We don’t know, do we, that’s why it’s an unanswered question. One solution could be that Flux was expertly designed to provoke madcap fandom theories, and each week, we’ve been only too happy to oblige. Are Bel and Vinder the Doctor’s parents? Is Awsok the White Guardian? Is the Grand Serpent the Master? Should I worry about this mole on my leg? Flux had no shortage of rumination fodder, so perhaps making the Time-worshipping chaos demon Swarm regenerate Time Lord-style in his opening scene was all part of that.

How will the Daleks return in the New Year Special?

The Flux gobbled up the Daleks’ battalions in this universe after the Sontarans’ plan was co-opted by the Doctor to wipe out three evil races for the price of two. How then, will they return for 2022 New Year special ‘Eve of the Daleks’?

This is an easy one, really. Every time the Dalek fleet gets obliterated, a few manage to sneak off and return next time with a repopulating Dalek-a-Matic machine. It’ll be something to do with wormholes, or clone factories, or time travel. It helps that Doctor Who’s three most belligerent baddie races can basically reproduce by photocopier.

What next for Claire Brown?

When Graham and Ryan left the TARDIS back in January 2021, many welcomed the thought of a less crowded TARDIS. Limiting companion numbers to one or two keeps things manageable and gives everybody the space to shine, was the logic. Doctor Who: Flux though, clearly disagreed, and immediately added seven more almost-companions in Dan, Karvanista, Vinder, Bel, Di, Professor Jericho and Claire.

Now that group’s splintered. The stage is set for Karvanista, Bel and Vinder to become another Paternoster-style trio, while the Doctor, Yaz and Dan are scooting off to adventures new. Where though, does that leave Annabel Scholey’s psychic Weeping Angels-survivor Claire Brown? Seeing as Claire was dropped off on Earth along with Kate Stewart, who says she’s hoping to see this regeneration of the Doctor again soon, it’d be nice to see Claire and Kate team up. And why not get Di down from Liverpool for a working lunch while they’re at it?

How is the Grand Serpent going to get out of that one?

Well, seeing as he’s the Master in disguise, he can get out of anything.

Doctor Who: Flux is available to stream on BBC iPlayer.

Dead Space Remake: Where to Find Every Schematic
Dead Space Remake: How to Unlock Every Suit
The Last of Us: Are the Infected Actually Zombies?
Wynonna Earp Season 3 Episode 5 Review & After Show
Marvel Studios’ Doctor Strange in the Multiverse of Madness | Get Tickets Now