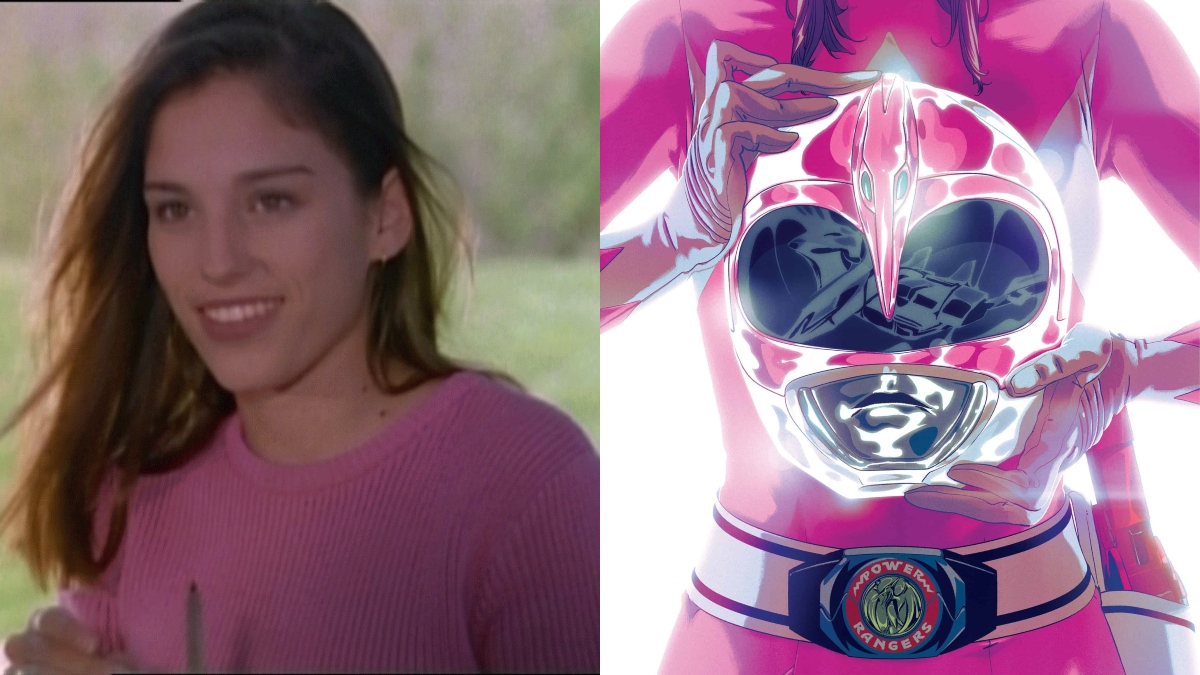 Since the Boom Power Rangers line of comics began it’s largely focused on the original Mighty Morphin team of characters. Now it appears that focus is about to go to the next level. Speaking at Emerald City Comic Con this past weekend, original Pink Ranger Amy Jo Johnson (who just directed an episode of Superman & Lois) let slip that she’s working on a comic for the line!

Johnson stated that “I wrote a comic book with my boyfriend and Boom is quite excited about it. We’re sort of in the process of getting it made.” Johnson describes the comic as taking place in the present day of the Power Rangers world, with the original Rangers now in their mid 40s. “A ‘where are they now?’ kind of thing – like a Power Rangers family reunion.”

This isn’t the first time Johnson has worked with Boom, having previously written the foreword for their Power Rangers Pink mini-series, which focused on her character of Kimberly. Johnson says that she’s never written a comic book but her boyfriend is obsessed with them so he’s the one “putting pen to paper” while she and him came up with the story together.

Though Johnson didn’t elaborate how far along in the process the comic is or if any art had been completed, she said she hopes its release coincides with the show’s 30th anniversary in 2023. She also thinks it would be a great idea, “if every one of the original Rangers did their own comic book. Like did their own version of ‘where are they now?’ from that person’s perspective.”

This isn’t the first time Boom has worked with a former Mighty Morphin cast member. Original Green Ranger Jason David Frank was a “Special Consultant” on the original graphic novel Power Rangers: Soul of the Dragon. Johnson however seems to be more involved in the creation of this comic and is taking the story in a different direction than either Soul of the Dragon or the main continuity of the comics.

Most of the Power Rangers comics ostensibly take place in the same continuity of the TV series though transplanted to modern day. If Johnson’s comic follows the Rangers in their mid 40s in present day it would most likely mean the story would be set in its own continuity and not follow the storyline of the comics. This would free her up to tell a more personal story instead of having to worry about whether her plot would conflict with the long running arc’s of the main comic.

We can’t wait to see what Johnson does with the comic, not only because of the unique perspective she’d bring to it as an original cast member, but also because she’s recently written and directed several short films. Stay tuned for more information as it’s released!

Thanks to @johnathancustis on Instagram for alerting us to the story.