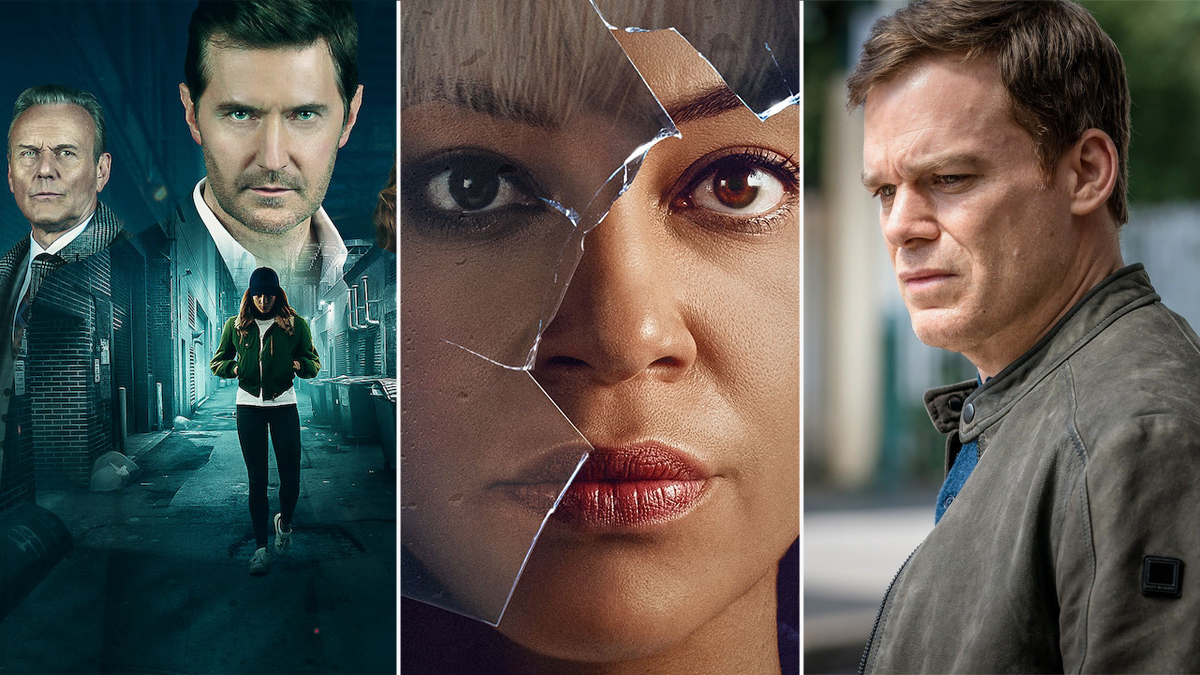 It’s no accident that Harlan Coben’s Stay Close lands on Netflix on the 31st of December. That’s a precision release strategy calibrated to hit the exact spot between viewers’ reduced mental capacity and increased desire to gaze upon luxurious marble kitchen islands on the last day of the year. A Harlan Coben thriller is succour to a weakened state. With their gentle, leafy suburbs and upper middle-class homes – every soft-close cabinet of which is squirming with secrets – they make a binge-watch par excellence. Nothing nails you to your sofa quite like a ludicrously unlikely drama about people with big houses and dark pasts.

From Safe to The Five, The Stranger, and soon, Stay Close, here’s what makes the English-language Harlan Coben adaptations addictive yet undemanding viewing.

They’re all essentially the same

20 years ago: a Thing! Today: that Thing has returned to haunt someone living in a well-appointed six-bed with double garage and curb appeal. Over the course of eight-10 episodes, a long-buried secret will worm its way to the surface, threatening to leave muddy footprints all over the protagonist’s Land Rover Discovery and De’Longhi coffee machine. Will they ultimately end up the better for the Thing coming out? Probably, yes. But will life ever be the same again? It will not.

Secrets are the perennial theme of a Harlan Coben thriller, which all take the stance that we can never really know anybody. That nice lady in the PTA? Once ran a brothel. Your kids’ badminton coach? Did a hit-and-run aged 18. The helpful receptionist at the gym? She’s actually your daughter. Pick up and shake any character and they’ll rattle with at least one secret that will work its way out by the end.

The plots are essentially updated versions of 19th century novels about well-to-do women hiding scandalous pasts and mayors who once drunkenly gambled away their wife and kids. Everybody is connected to everybody else through a sticky web of past events. And once you’ve got the hang of the lurid tone, there’s a relaxing predictability about it all, not dissimilar to watching a cooking show. Here are the many characters, all measured out in neat little bowls, now tip them into the pot, stir, heat and voila! Simmering secret stew.

Some thrillers are content with just one big twist, delivered right at the end. Not the Harlan Coben genus. The sheer density of secrets per character results in an average of three to five twists per episode, including a cliff-hanger. Once things really get going, not ten minutes will go by without somebody shouting “You’re my dad!” or “I left you for dead!” Value for money.

It’s not all lacrosse team barbecues and corpses in the boot of company SUVs. Every so often in the translation between these novels’ US origins and the UK adaptation by Danny Brocklehurst and team, arrives a pleasingly bonkers element. The Stranger featured a beheaded alpaca named after a member of Take That, and Stay Close has a pair of weirdo villains named Ken and Barbie who feel as though they’ve drifted in from another show entirely. And speaking of surprises…

You may not expect to find actual Jennifer Saunders or actual Eddie Izzard among the casts of a UK TV crime thriller, but find them you will, and a delight they are too. Saunders plays cafe owner Heidi in The Stranger, and Izzard (whose drama back catalogue is pretty extensive by now) plays a high-functioning addict and pro-bono lawyer in Stay Close. Both are great, as tend to be the female police officers in these series. Siobhan Finneran, Amanda Abbington, Jo Joyner all play no-nonsense coppers that, dark secrets notwithstanding, you’d happily invite on a mates’ night out.

If anything will teach you that money and a massive house won’t buy you happiness, it’s a Harlan Coben thriller. That said, the massive houses in leafy expensive suburbs where women answer the door in luxe workout gear saying things like “Sorry for the outfit, I’m doing boxercise” are relaxing to look at in the extreme. See-through kettles, over-sized arty glass bowls, Italian marble kitchens and bi-fold doors leading onto sunny terraces… it’s like flicking through a copy of Homes & Gardens in the dentist’s waiting room: drama and pain are on their way, but first enjoy this tasteful patio set.

The three states of watching a Harlan Coben thriller are: confused, suspicious, or asleep. Viewers though, can rest assured that after devoting hours of baffled dozing suspicion to a series, there will be concrete answers. Tony-Soprano-in-the-diner ambiguity is not the game here. These thrillers are assiduous about providing an explanation for every little mystery, even if that does tend to turn the dialogue into a shopping list by the end.

The same dogged approach is taken to character. Everybody can be explained in their entirety by up to three defining incidents from their past, including but not limited to: murder, accidental murder, murders they thought they committed but it turns out they didn’t, and murders they did commit and are now currently investigating in their job as a police detective. It all runs along nicely uncomplicated lines: guilt either makes people turn bad (they run a bar) or turn good (they volunteer for a charity). No, none of it quite plumbs the depths of human experience, but there’s something satisfying about the black and whiteness of it all.

Is This Succession Character Harboring a Painful Secret?
Sci-Fi Short Film: “Kinetic” | DUST
The Last of Us: How Long Does It Take to Beat the Games?
Arrow Season 6 Episode 16 Review & Reaction | AfterBuzz TV
Hogwarts Legacy PC Requirements: Can You Run the Game?