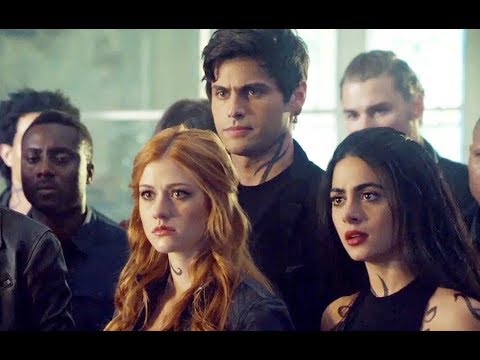 Ads by Amazon
Share on Facebook
Share on Twitter
Share on Pinterest
Share on LinkedIn
Special guests in studio: Katherine McNamara, Luke Baines, Jade Hassoune, and Kimberly-Sue Murray! Join Sam Davidson, Dakota T. Jones and Yael Tygiel as they break down the series finale of Shadowhunters with special guests @Kat_mcnamara, @lukebaines, @jadehassoune @ksuemurray!
ABOUT SHADOWHUNTERS:
Shadowhunters is an American fantasy television series based on The Mortal Instruments by Cassandra Clare, and developed for television by Ed Decter. It is the second adaptation of the novel series, after the 2013 film The Mortal Instruments: City of Bones, which was also produced byConstantin Film. The show received a straight-to-series order on March 30, 2015,[1] and premiered on January 12, 2016, on Freeform.
Follow us on http://www.Twitter.com/AfterBuzzTV
“Like” Us on http://www.Facebook.com/AfterBuzzTV
Buy Merch at http://shop.spreadshirt.com/AfterbuzzTV/