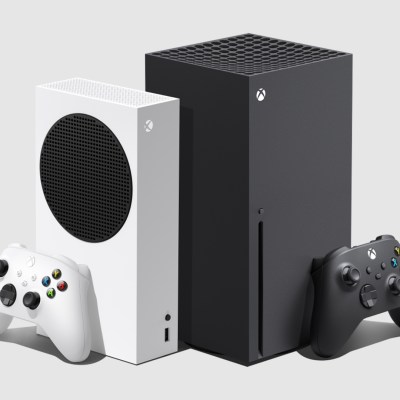 Halo Infinite‘s open-world structure may prove to be the future of this franchise’s gameplay, but it’s the ways that this game’s ending and post-credits scene set up the future of Halo‘s story and lore that leave us wondering what directions developer 343 Industries intends to take this series in.

Halo Infinite‘s story falls somewhere between a reboot and the next chapter of the Halo saga as it’s been told so far. There are moments in this game that are clearly designed to get this series back to its roots (or relatively close to its roots), and there are some scenes that dive deep into this series’ lore to lay the foundation for whatever comes next.

While it’s clear that there are aspects of Halo Infinite‘s ending that aren’t meant to be entirely “explained” quite yet, here’s an overview of the game’s climactic moments.

Master Chief finally locates the torture chamber that Echo 216’s pilot (who we’ll be referring to as Echo 216 for the time being) is trapped in, but his attempt to rescue the pilot is thwarted by Banished War Chief Escharum who gets the drop on Chief and challenges him to a one-on-one battle.

As you’ve probably already guessed, Master Chief manages to defeat Escharum. While Escharum and Chief share a moment of understanding and respect as the former dies in the latter’s arms, Escharum also uses some of his last words to tell Chief that there are thousands of Banished left and that they will not stop hunting him.

Master Chief manages to rescue Echo 216, but the pilot seems to be a little confused about why Chief would show Escharum so much respect after everything they were put through. Chief informs Echo 216 that he respects Escharum as a soldier (which is an idea that Master Chief brings up in different ways throughout the game). Echo 216 seems to be satisfied enough with that answer (for now) and mentions that he’s going back out into the world to find the group’s Pelican.

The Harbinger and the Silent Auditorium

As Master Chief makes his way into the room known as the Silent Auditorium, the Weapon informs him that it seems like this mysterious location was once some kind of prison/courtroom/execution center. The Harbinger appears soon thereafter to seemingly confirm the Weapon’s theory and strongly suggest that they (or their kind) were brought to the Silent Auditorium by the Forerunners for punishment.

We’re going to dive a little deeper into what, exactly, the Harbinger is elsewhere, but it seems like Infinite‘s writers intend to keep a few of the details about this character to themselves (at least for now). We know that the Harbinger is associated with the group known as “The Endless,” and we know that they have a major grudge against the Forerunners, but the exact origins and motivations of that character are seemingly being saved for the sequel.

Regardless, Master Chief soon defeats the Harbinger and deprives the Banished forces on Zeta Halo of their leaders. Before Master Chief can fly into the sunset, though, there is one more mystery that needs to be solved…

While Chief has been hearing (and seeing) echoes of Cortona throughout his adventures on Zeta Halo, the image of Cortona that appears shortly after Master Chief defeats the Harbinger somehow seems a little…different. As it turns out, this echo is actually a message that Cortona left for Chief shortly before she destroyed herself.

Cortona apologizes to Chief for her actions (even though she seems to know that there is no apology that is good enough to justify what she has done). She also encourages Chief to forgive himself for his own actions and to take care of the Weapon and welcome the A.I. into his life as he once welcomed Cortona.

It’s a very emotional moment that does a pretty good job of giving the Cortona/Chief relationship the sense of closure that some fans have been looking for, but the most important thing this scene tells us is that Cortona is truly gone (beyond those echoes the A.I. left on Zeta Halo). While the early parts of the game hinted that she may still be alive (and fans have previously speculated that she’s not really gone), this scene confirms beyond any doubt that the Cortona we knew is gone.

However, that doesn’t mean that there isn’t still an A.I. named Cortona left in the Halo universe…

Time Travel, Reunions, and The Weapon and The Pilot’s Real Names

After Cortona gives Chief and the Weapon her final message, a portal appears in the middle of the Silent Auditorium. While Chief and the Weapon don’t know where it came from (we’re led to believe that Cortona may have arranged for it to appear), Chief rightly guesses that it’s the only way they can escape the suddenly crumbling structure.

The portal takes Chief and the Weapon back to Zeta Halo’s surface, and Echo 216 radios in to tell the pair that they have just reappeared on his radar. The Weapon then tells Chief that it seems like they somehow skipped a few days during their trip through the portal. It’s not clear what the plot implications of this time skip are (it seems to just be a way to set up the post-game content), but it’s possible that this time skip technology will come into play down the line.

In any case, the Weapon and Chief are soon picked up by Echo 216. The pilot tells the pair that his real name is Fernando Esparza and brings up the fact that the Weapon still doesn’t have a proper name. The Weapon is encouraged to name herself, and the A.I. asks for Master Chief’s permission to choose the name she really wants. While we don’t hear what that name is, there’s very little doubt that it’s “Cortona.”

This scene effectively ends the group’s Zeta Halo journey (minus whatever post-game content you choose to engage in), but there is one more scene in the game that we have to talk about.

Halo Infinite’s post-credits scene features a mysterious figure (which is soon revealed to be Atriox) approaching a terminal, inserting a key, and triggering a sequence involving what appears to be a series of objects built by the Forerunners. This silent sequence doesn’t offer much information about what is actually happening here.

However, the version of this ending that you’ll see if you manage to beat Halo Infinite on Legendary mode includes an audio track that reveals a dialog exchange between Atriox and an unknown figure that almost sounds like an A.I. The mysterious “A.I. voice” seems to be hesitant about what Atriox is about to do, but Atriox mentions that this action is essential to help contain the threat of The Endless. Both mention that they seem to be working for some group known as the “Criterion,” and the mysterious voice suggests that the group may have some reservations about this “unprecedented” action. However, Atriox argues that time will prove them and their actions to be right.

Interestingly, Atriox also says that “if Halo cannot end them, it must imprison them.” He also mentions that the “engineers will be busy” and that they will soon learn their secrets. The voice says that it cannot do this alone, but Atriox says that they shall not be alone because the “Criterion has given the order.”

It’s obvious that many of the details about this sequence are meant to be mysterious and will hopefully be answered in whatever Infinite‘s sequel will be. However, I have a few thoughts about what may be going on here.

It sounds like Atriox is working for this mysterious group and is using their power and the mission they assigned him as an excuse to trigger some potentially devastating action that he believes will contain whatever threat he insists The Endless represents. That last line strongly suggests that he intends to essentially blame his actions on the Criterion.

What’s less clear at this time is what, exactly, Atriox intends to do. I’ve heard some theorize that he’s trying to awaken the Forerunner A.I. known as Offensive Bias, which actually makes quite a bit of sense given that he seems to be working with some kind of powerful Forerunner technology (and the fact that this series loves evil A.I. antagonists).

If you have any theories about what’s happening in this post-credits sequence (or any other part of Halo Infinite’s ending), though, be sure to let us know about them in the comments below.