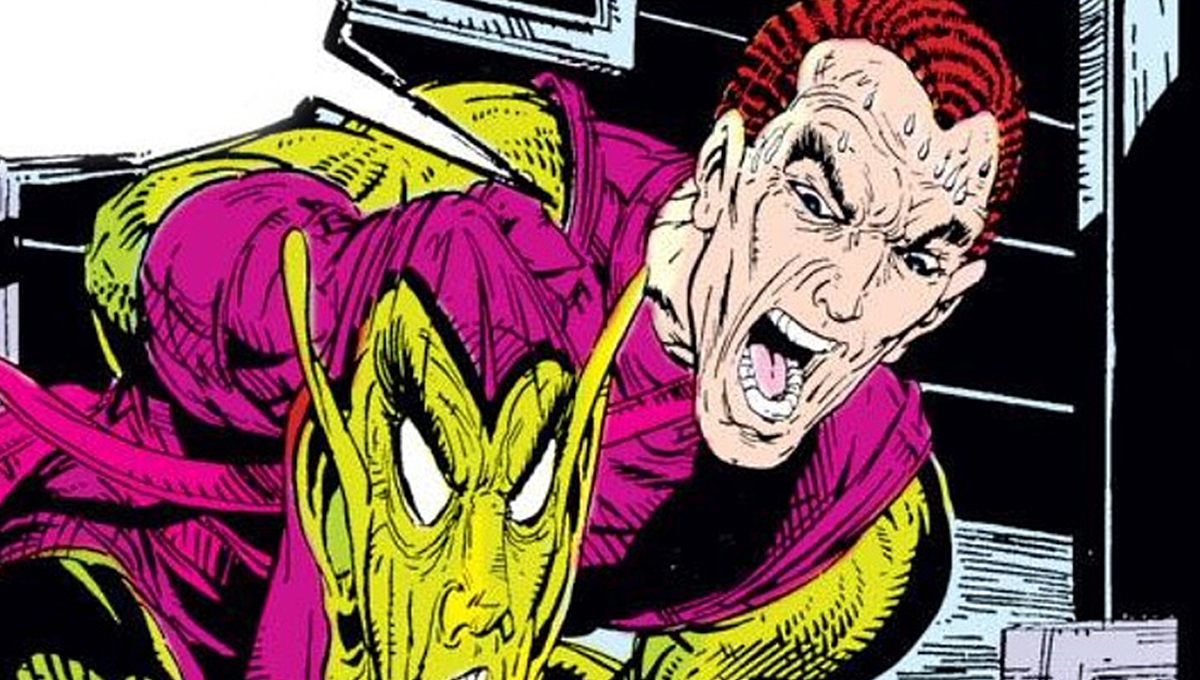 Spider-Man: No Way Home may already have its handprint set in Marvel Cinematic Universe cement in a yet-to-be-revealed manner, but speculation about the Wall-Crawler’s future films is already rampant, with plans for a new trilogy recently confirmed. Thus, as star Tom Holland touts the film as “the end of an era,” fans are fixating on the idea of Peter Parker’s famous pal, Harry Osborn, making an MCU debut. Intriguingly, Holland and co-stars Zendaya and Jacob Batalon are backing the idea of Timothée Chalamet for the coveted role.

As the main trio of the Sony Pictures-produced Spider-Man MCU films collectively known as the Homecoming Trilogy, Holland’s Peter Parker, Zendaya’s Michelle Jones/MJ and Batalon’s Ned Leeds conjure a youthful, energetic dynamic that widely resonates with audiences. Yet, said dynamic is essentially a pastiche of personalities adapted from various iterations of Peter’s circle of friends in the annals of Marvel Comics. Indeed, an attempt to contrast the Holland-starring films from the previous two franchises saw the seemingly-obligatory component of Harry Osborn omitted. However, as the franchise faces a mysterious new future, Zendaya’s Dune co-star, Timothée Chalamet, has received the trio’s full endorsement for a hypothetical Harry casting candidacy.

Of course, in the comics, Harry Osborn undoubtedly had a relationship with Peter that meets the definition of “frenemy” starting in his 1965 debut in The Amazing Spider-Man #31. Having first come into Peter’s life at Empire State University as an antagonist aligned with longtime bully Flash Thompson, Harry later became his best friend once he realized they have a lot in common when it comes to family issues and general alienation from the world. However, with Harry being the son of wealthy industrialist Norman Osborn, the friendship would create serious complications for Peter when, just eight issues later, he’d learn that his new best bud’s father is Spider-Man’s longtime rival, the Green Goblin. Yet, Harry’s life would also spiral into dark places, and was notably the focus of the Marvel title’s (in)famous 1971 Comics-Code-defying drug addition storyline before ultimately marrying Liz Allan, with whom they would have a son, named Normie. However, the specter of the Goblin would end up defining his existence, leading to a heroically tragic 1993 issue death (albeit one that would eventually become retconned).

Fully aware of this aspect, Holland adds to the Harry conversation, stating, “I think it would be good to bring him in as a FOS (Friend of Spider-Man) and then he kind of becomes bad. And then he could be a villain. He’d be a good villain.” To which Zendaya responds, “Which is funny because he’s so nice.”

Consequently, Harry’s intrinsic connection to iconic A-list villain the Green Goblin—and his own footsteps-following stints—solidifies him as a crucial component to Peter’s personal life for any live-action adaptation. He was certainly a driving factor across director Sam Raimi’s 2002-2007 Spider-Man Trilogy, in which James Franco played a version of Harry who’s a close childhood friend of Tobey Maguire’s Peter, with whom he would briefly become a vengeful enemy after Norman’s Goblin-related death while battling Spidey. However, director Marc Webb’s 2014 sequel, The Amazing Spider-Man 2, put a slightly different spin on Harry, as played by Dane DeHaan, who was still the childhood friend of Andrew Garfield’s Peter, but had only just returned to New York, having spent several years away, thereby mitigating the more immediate closeness of the friendship (and explaining why he wasn’t in the previous movie). Thus, Harry’s (rushed) Goblin arc here required a storyline in which he is accidentally mutated into the villain via an Oscorp experiment gone awry.

The Homecoming main trio started with a lifelong friendship with a fellow High-Schooler in Batalon’s Ned Leeds—a character who contrasts from his comic counterpart, who was Peter’s field reporter colleague at the Daily Bugle. Likewise, Zendaya’s MJ (a reinvention of traditional love interest Mary Jane Watson,) came into the picture as an eccentric, initially-scathing schoolmate with whom an unconventional romance slowly starts to bloom, leading to a dynamic in which the three become thick as thieves, especially in 2019’s Spider-Man: Far from Home, in which MJ finally learns the truth—of which she previously speculated—that Peter is Spider-Man, which Ned already knew.

So, where would Harry fit into all of that? Well, Holland cheekily plays armchair screenwriter when he offers his own take, stating, “I think what we’re saying is he would start out as our gang member and then we would have to kick him out of the gang.” Batalon jumps in on the composing of this narrative, adding, “And then he would turn evil because we kicked him out the friend group,” to which Zendaya responds, “That’s adorable.”

Nevertheless, the introduction of Harry would involve breaking open a tightly-sealed friendship dynamic. The possibility will likely become clearer once Spider-Man: No Way Home hits, especially since it will see Willem Dafoe’s Raimi movie villain, Norman Osborn/Green Goblin, cross into the MCU, potentially creating lasting implications on the Harry front. Additionally, Holland’s aforementioned “end of an era” comment was notably accompanied by a bittersweet tease implying that the trio would disband upon the film’s climactic, Multiverse-mired denouement.

Yet, in learning from the mistakes made by DeHaan’s widely-maligned version in The Amazing Spider-Man 2, one has to accept that Harry is too important of a character to be hastily jammed into a single-film-defining character arc, especially one that deigns to cover a backstory as deep as the Osborns and the Green Goblin legacy. Indeed, there’s potent material to be mined when it comes to Harry, which, akin to Raimi’s movies, could be spread across another trilogy; one that will hopefully stick the landing in a more organic manner. Thus, a scenario in which Oscar-nominated Timothée Chalamet plays Harry would clearly require a measured approach.

The Last of Us: How Long Does It Take to Beat the Games?
Peppa Pig’s Best Jokes Snuck In Just For Grownups
Comic To Screen | The Sandman | DC | #Shorts
Is This Succession Character Harboring a Painful Secret?
Gunther’s Millions: The True Story Behind Netflix’s Rich Dog Docuseries