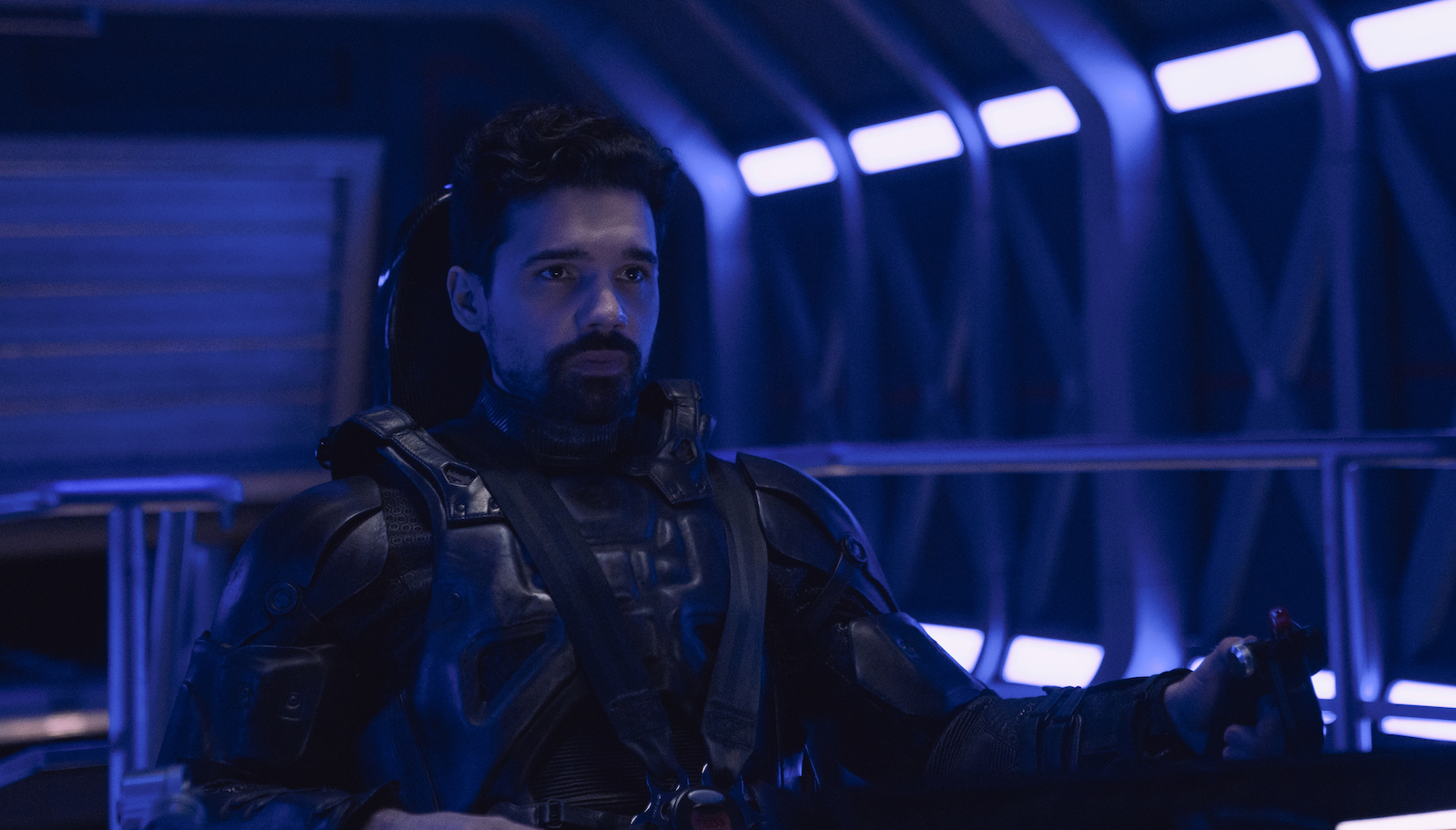 Although The Expanse rearranged the order of some character introductions over the years, each season for the most part followed the conflict of each successive book in the James S. A. Corey series. Season one followed Leviathan Wakes, season two followed Caliban’s War, and so on. But with the ninth and final novel recently released, how can the show possibly wrap up the story in a way that will satisfy fans and resolve the issues brought about by the introduction of alien technology into the solar system?

The short answer is: it doesn’t need to. Ty Franck, one half of the writing duo that wrote the novels and also writes for the show, told us in a recent interview, “We’re not doing the last three books in six episodes. There’s a natural stopping point after book six, or at least a natural pause point. So it’s a good place to sort of finish the story we’ve been telling for six seasons.”

It’s safe to mention without spoiling anything that Persepolis Rising, the seventh in the Corey series, jumps forward in time many years, and it’s also true that each pair in The Expanse novels — books one and two, books three and four, etc. — are centered on a different conflict. The first two are about the exploitation of the protomolecule; the second pair follows the consequences of opening the ring gates; and the third pair concentrates on Marco’s revolution. Readers can explore the story further, but it’s not necessary for enjoying the show and its conclusion.

Instead, The Expanse season 6 will only allude to the continuing story, which deals with the mutinous Martians who passed through the gates in the season 5 finale. “We felt it was really important for the audience to get a sense of the consequences of what happened at the end of season five,” says showrunner Naren Shankar. “The protomolecule going through the gate, the sample being lost, the rogue Martians on this planet. What are they doing with Cortazar the scientist? All of these elements are wound up in that storyline.”

Meanwhile, viewers will have their hands full with Marco Inaros, the leader of the Free Navy, who is holding the solar system hostage. “He’s certainly starting off with the idea of containing the inner planets to the inner planets,” says Daniel Abraham, the other half of the James S. A. Corey writing collaboration. “The thing that he did in season five with the rocks is a great way to show his power and to show the threat that he poses. And then as Earth or as Mars, you’re playing defense. Keeping the enemy on defense is definitely where he’s going.”

And of course there are the necessary changes made following the departure of Cas Anvar from The Expanse, whose character, Alex Kamal, is very much alive through the final novel in the Corey series. The remaining six episodes will have to address the feeling of loss that appears nowhere in the books, and on a superficial level there’s the question of who will pilot the Rocinante since Alex had some significant evasion skills during dogfights.

“When we had this conversations about who was going to pilot, I pointed out to Naren: Holden is a naval officer,” explains Franck. “[He] has the training to fly a ship… and so can slot into that spot. The other thing, though, is he never really did it very much, so he’s kind of bad at it… And that actually is fun to show people pushed into a spot that they’re not entirely comfortable with. It kind of shakes everything up on the crew.”

Shankar also thinks it’s important to show both Holden and Naomi being uncomfortable in the pilot’s seat. “It’s a great way to very clearly crystallize the loss from the season before,” he says. “There isn’t somebody in this chair who’s the right person. People are aware of this, and in the first episode we talk about these things. It does hang over the season.”

In the end, the changes that have been made and will be made in order to satisfyingly conclude The Expanse are not that drastic. Many movies and television shows conclude with a final glance at what might come next after the curtain falls, but instead of suggesting a sequel, the series finale will likely allude to events in the final books in a way that both gives a wink and a nod to those who have read them and entices the remaining audience to think about reading the rest for themselves.

Wynonna Earp Season 3 Episode 5 Review & After Show
Even More DC Shows Have Been Axed at HBO Max
The Last of Us: Can Ellie Infect Others?
Xbox’s Lack of Exclusives Has Been a Real Problem For the Series X/S Generation
DC Movies and TV Shows: Full DCU Schedule