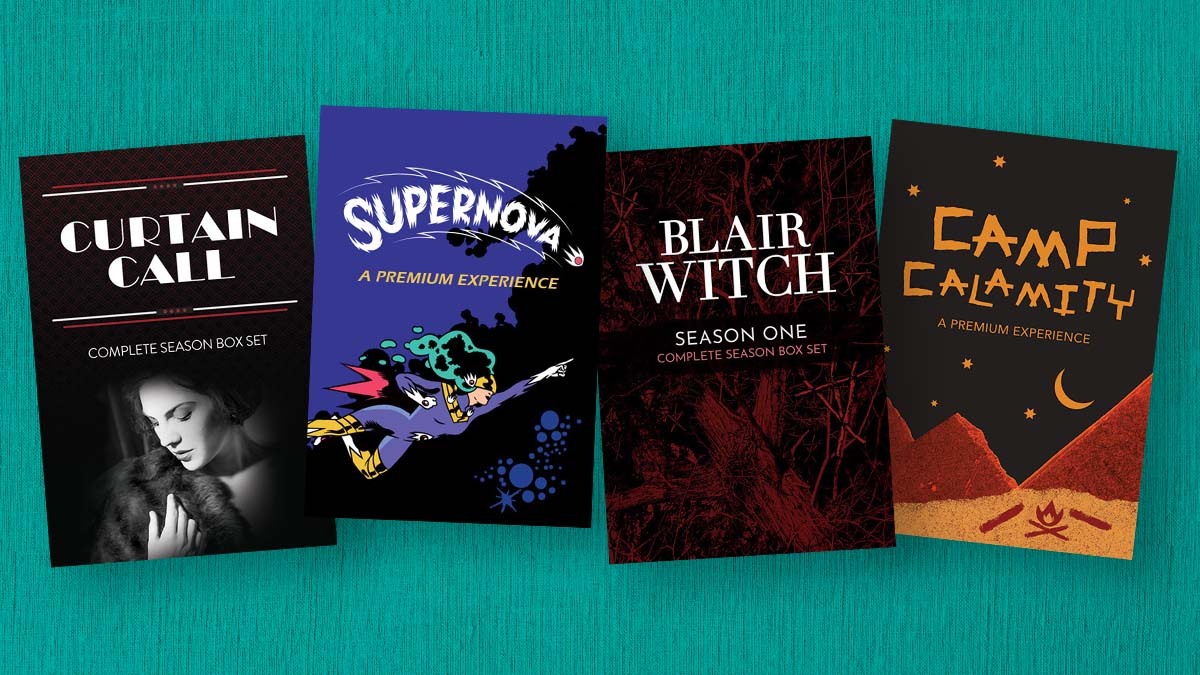 This article is presented by Hunt A Killer

True Crime aficionados want more than just documentaries during the holidays. They want murder corkboards of their own. Hunt A Killer is role-playing police procedural in a box. Each game is structured like a TV show, each episode uncovers a new breakthrough in the case. The Winter holidays are a perfect time to crack into a case. Here are the games that we recommend:

Hunt A Killer has the ideal solution to last-minute gifts. After December 15th, most orders will not arrive before Christmas. But e-gifts can be scheduled to be sent out at any time! So on the day of your gift exchange, the recipient will receive an email that allows them to choose from one of two Hunt A Killer subscriptions – either the Blair Witch horror experience or the traditional murder mystery one. Once they choose which game they want to play, they’ll receive a box a month for the next 6 months!

In 1934 famed stage actress Viola Vane disappeared after an argument during rehearsals. It is now the modern-day, and Julia Adler found her mummified corpse in the attic of her family-owned theater. But now that the body has been found. Who killed her? The player’s contact is a private eye hired by the current owner of the theater who stands to lose everything. Follow the clues, solve the mystery of Viola Vane, and save the theater before the curtain comes down on everyone!

Traveling poet Edgar Lee Dwyer’s biggest claim to fame was as the “Melancholy Killer.” Suspected of killing nine people across the country, thousands believed he was innocent. He was killed in a prison riot 20 years after his arrest. In this game, his personal briefcase will be delivered to your door, as well as his official prison documents, and other personal belongings. Do they come from a wrongly suspected man or the hands of the serial killer?

Comic book and Sci-Fi fans alike will love this immersive interactive mystery. After joining the Official Supernova Fan Club, you learn “The Cosmic Adventures of Supernova” is more than a comic. The hero, Halo, is not only a real person but the twin sister of Gunny Graham, the reclusive creator. He hasn’t heard from her since she fought her arch-nemesis, The Void, on an alien planet. You have to translate the alien language, “Aquarian,” to solve this one, along with plenty of other clues that are scattered through the comic book merchandise.

Made in partnership with Lionsgate, Hunt A Killer’s Blair Witch Board Game is a narrative-driven psychological thriller in a terrifying box set. You are an experienced detective braving supernatural forces that lurk in the woods in search of a missing boy. Rosemary Kent’s son Liam went missing and the Burkittsville police declared him a runaway and closed the case. But Rosemary thinks there’s a secret in the Black Hills Forest.

And then there was one. Hunt A Killer partnered with The Grande Dame of mystery fiction, Agatha Christie, for a Premium game fit for the Queen of Crime! The Philanthropic millionaire Harrington Pace has been murdered in his own bed, and Christie’s famed investigative genius, detective Hercule Poirot is too ill to take the case. Captain Arthur Hastings asks you to be his Poirot. Can you live up to that expectation and solve this baffling case? The Collector’s Edition of The Mystery of Hunter’s Lodge is a must-have for Agatha Christie fans. However, this is still a Pre Sale and will not arrive before the holiday season.

When the staff of Camp Ashburne finds a counselor’s charred remains in the embers of a bonfire, the authorities quickly rule it an accident. But a cabin cleanup unearths evidence of murder. Is there something sinister happening at Camp Ashburne?  Crack the codes to solve this burning case.

Lost Big Bad Beetleborgs Pilot Would Have Ditched The Horrifying Flabber
Hogwarts Legacy PC Requirements: Can You Run the Game?
Why One of Star Trek: The Next Generation’s Worst Episodes Is Still Worth Watching
The Last of Us: What Happens to Bill and Frank In the Game?
New Batman and Robin Movie, Green Lantern TV Show, and More Announced for Revamped DCU