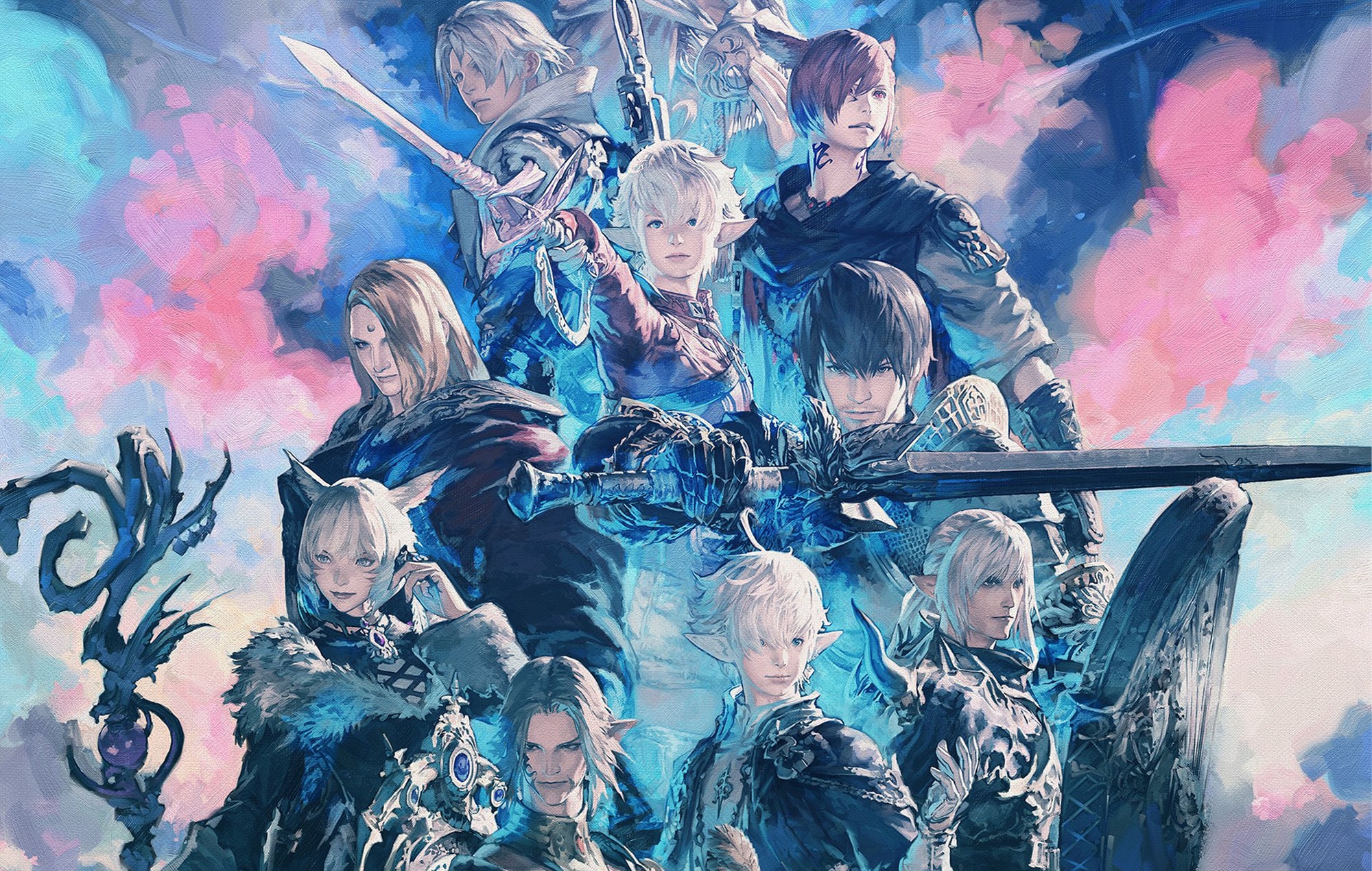 While many Final Fantasy 14 players have spent most of the time since Endwalker‘s release staring at a queue screen, you will eventually get the chance to actually play this incredible expansion which means that you’re probably going to want to know a little about the best classes in the game.

To be clear, Final Fantasy 14 has always excelled at the often tricky art of class balancing, and that trend continues in Endwalker. When we talk about one FF 14 class being better than another, we’re often talking about degrees of differences. More often than not, the best FF 14 class is still the one that you feel most comfortable with and have the most interest in playing.

Having said all of that, here’s a rough overview of where the game’s various jobs currently stand.

While the effectiveness of Dark Knight’s self mitigation abilities is undeniable, this class is arguably the perfect example of a job that moves backward (at least slightly) by virtue of standing still. The FF 14 team seemingly felt like Dark Knight was in a pretty good spot heading into Endwalker and didn’t do a lot to buff, nerf, or change them.

Warriors have long been favored for their relatively simple playstyle, self-healing capabilities, and absurd damage output (at least for a tank), and Endwalker certainly leans into the latter two attributes while making the class only slightly more complicated to play and master.

The biggest “problem” with the Warrior job at the moment is that the class’ emphasis on self-healing via damage output means that it’s a “main tank” that lacks some of the defensive abilities that its closest rival enjoys. That said, it’s still a fantastic choice for groups who want their tank to be able to take care of themselves while dealing impressive damage.

Gunbreakers were one of Shadowbringers’ most popular additions, and this unique class remains the best overall off-tank option in the game.

What the Gunbreaker job lacks in pure tanking abilities it more than makes up for with its versatility. Not only does the Gunbreaker class usually have a solution (or contribution) to most situations, but the FF 14 team was nice enough to simplify some of this job’s most complicated mechanics and make one of the most exciting overall tanking options just a little more appealing.

Many fans suspected that Paladins were going to get a lot of love in Endwalker, but even the most optimistic projections for this job’s potential have arguably undersold how good it really is.

While it’s true that Paladins aren’t the most exciting solo tank option in the game due to their slightly more complicated kit and somewhat reduced damage capabilities, their defensive skills are simply absurd. Paladins embody the entire “tanking” concept with their incredible ability to eat ridiculous amounts of damage while protecting nearby party members from sudden attacks. When it comes to main tanks, it’s pretty much Paladins and everything else.

While all of FF 14’s healer jobs are viable in one way or another, Scholar is certainly in the weirdest spot at the moment so far as overall rankings go.

I love the ways that Scholar’s pets offer a variety of failsafe options, and I can’t deny how versatile their shields are, but Scholars still have a strange overall kit that doesn’t include many viable DPS options and ultimately isn’t that fun to use. They’re an interesting secondary healer in some situations, but they’re just lacking that special something.

While some fans were worried when they first saw the scope of Astrologian’s Endwalker rework, it turns out that tales of this job’s death have been greatly exaggerated.

Astrologians’ more streamlined design and emphasis on “pure” healing abilities do make it a much different class, but most of the changes end up being a net positive. While Astrologian is still not the best “pure” healer job (more on that in a bit), the variety of their kit and the ways this class can buff a party’s overall DPS makes it a fascinating secondary healing option.

It’s always difficult to design a properly balanced “combat healer” in an MMO, but Sage is one of the best overall examples of that concept I’ve ever seen.

While Sage isn’t the extra DPS class that some were hyping it up to be, you’ll still be impressed by the amount of damage that they’re able to pump out while using their barriers to keep party members in the fray. It also doesn’t hurt that this class is just so much fun to play.

Much like how Paladins distinguishes themselves from other tanks by virtue of being such a pure tanking class, it’s hard to overlook how White Mage’s healing-focused kit makes them an obvious primary healer in most circumstances.

While White Mage isn’t quite as potent as it once was, it’s clear that the FF 14 team is still hesitant to give any other healer this much raw healing potential. As such, White Mages are still in a class of their own when it comes to delivering big heals when they’re needed most.

Monks are fun to play, Monks are fairly unique, and Monks boast some of the better DPS skills in this game, but the sad truth of the matter is that this is still a class looking for a home.

When you get down to it, the Monk kit features too many “dead” abilities. You can absolutely make Monks work if you’re a fan of the playstyle they offer, but new players may want to look elsewhere.

While the remaining melee DPS classes are all pretty close in terms of their overall potential, Ninjas fall slightly lower on the overall rankings due to their more complicated kit and low margin for error.

That being said, anyone who takes the time to learn this class will be rewarded with one of FF 14’s best endgame DPS options. Learn to master Nina’s fast-paced, and sometimes very specific, kit, and you’ll be amazed by the amount of damage this job is capable of consistently pushing.

Samurai is a weird DPS job. While I really hesitate to use this word, Samurai is sometimes best thought of as a “greedy” class. They can deal tremendous amounts of damage but they don’t really bring anything else to the party outside of that.

Endwalker improves Samurai’s balance in that respect slightly, but Samurai is still best thought of as a fantastic solo DPS class capable of dealing hilarious amounts of melee damage. While I acknowledge that this is a “simple” job, there is sometimes something to be said for being able to do one thing really well, especially when that thing is dealing damage in an MMORPG.

The word I keep hearing people use to describe Dragoons in Endwalker is “clean,” and I can’t help but echo that basic sentiment here.

Dragoons are slightly more streamlined in Endwalker than they’ve been in previous expansions and greatly benefit from the damage buff that now also applies to their AOE combo. The result is a class that feels good to solo and shines in both raids and dungeons due to their simplicity (relative to other classes) and the various ways they can still consistently deal damage.

Every now and then, a new MMO class comes along and completely upends the “meta.” It feels like that’s where we’re at with Reapers.

Not only are Reapers so much fun to play as (and look great), but very early breakdowns of their damage output suggest that they can go toe-to-toe with most other melee DPS classes in the game without sacrificing a lot in terms of mobility and versatility. This is just a fantastic overall DPS class.

While I really like the idea of the Machinist class, the truth is that this job just didn’t get the buffs and changes that it really needed to make it one of Endwalker’s best overall ranged DPS options.

The big problem with Machinists is that they’re a pretty selfish ranged DPS class that just doesn’t bring as much to the party as some of the other selfish classes in terms of pure damage. It’s just tough to recommend this over other ranged jobs that better utilize the distance they establish during prolonged fights.

It’s appropriate that the Dancer finds itself between the other two physical ranged DPS jobs in FF 14 given that they’re essentially designed to be the “middle ground” option in this particular group.

While Dancers aren’t known for their damage output and are sometimes too simple for their own good, they offer a blend of buffs and consistent damage output that makes them a highly attractive option in larger parties.

The thing that ultimately separates Bards from other ranged options in Endwalker is the way their unique combination of incredible damage buffs and DOT abilities allows them to effectively keep their distance and deal damage while focusing on supporting the party.

I think the choice between Bards and Dancers will come down to party preferences and party compositions, but Bards are certainly the more exciting solo option of the two which bumps them up a spot on this list

Red Mage is an odd DPS class that sometimes feels like more of a “buff” job than a proper damage dealer. Actually, they have one of the most diverse ability kits in the game.

That versatility is nice from time to time, but I’d argue that there is just too much competition for the few DPS spots in a party to easily recommend a class that isn’t really a master of anything in particular. Still, it’s easy to learn this job, and its Swiss Army Knife kit can certainly be useful.

Of all the selfish damage dealers in FF 14, Black Mage may just be the most selfish and the most powerful.

While the Black Mage’s relative lack of mobility while casting spells makes them surprisingly difficult to learn, I can’t argue against anyone who sees their pure damage output and decides to navigate the surprisingly steep learning curve that comes with this class.

Some feared that Summoners’ massive Endwalker rework would ultimately force the class to take a step or two back while everyone “figured them out,” but the truth of the matter is that Summoners already feel better than ever.

Not only is it thematically nice that the new Summoner class actually emphasizes summoning creatures over dishing out DOT attacks, but the extra mobility and versatility that change affords Summoners makes them one of the most enjoyable and effective ranged DPS options in the game.

Lost Big Bad Beetleborgs Pilot Would Have Ditched The Horrifying Flabber
Dead Space Remake: Where to Find Every Schematic
How Did the Cordyceps Infection Start In The Last of Us Games?
The Last of Us: How Long Does It Take to Beat the Games?
FLASH FACTS | Official Trailer