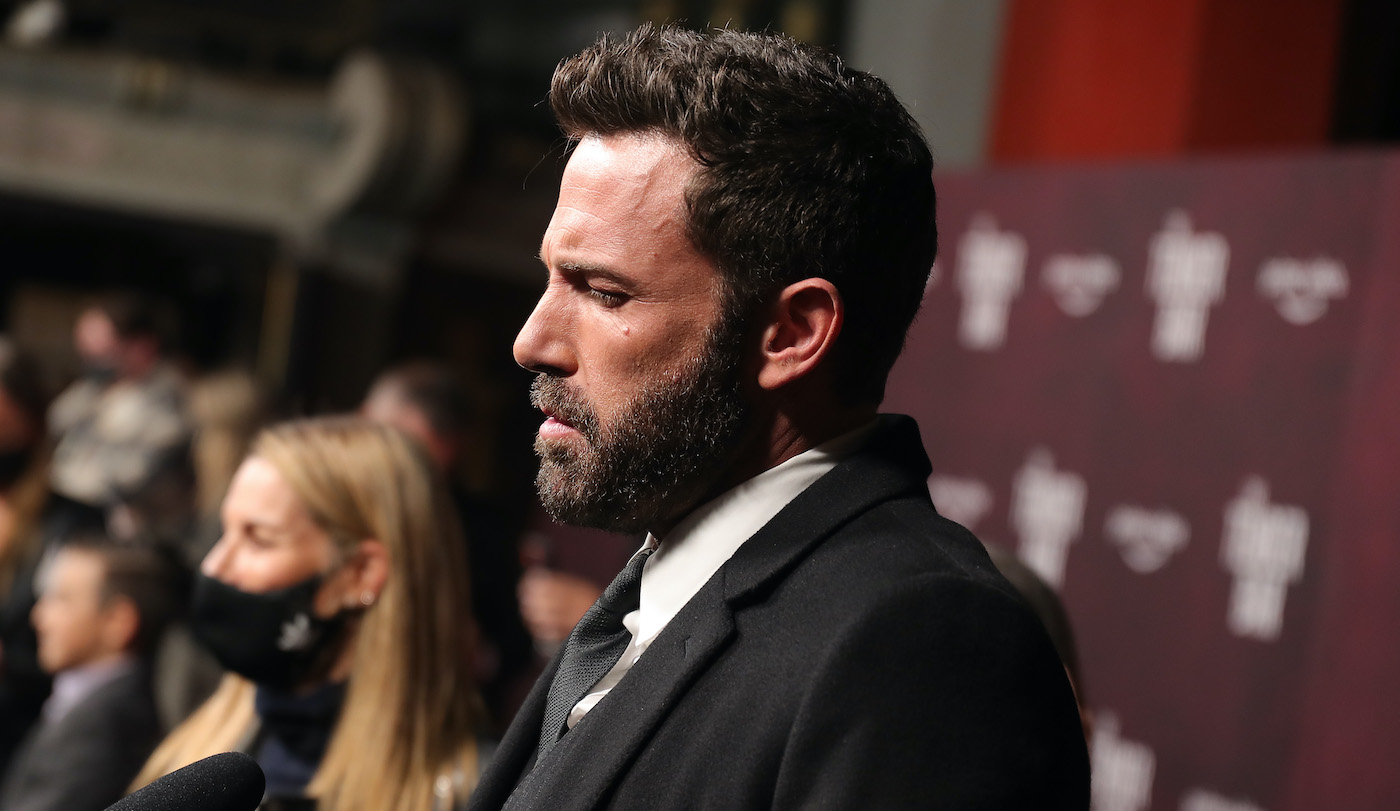 Ben Affleck just gave one of the best performances of his career. All preening entitlement and sneering arrogance, his performance in The Last Duel, which he co-wrote with Matt Damon and Nicole Holofcener, revels in an almost cartoonish level of debauchery. Yet it somehow works. If the film had been as warmly received by audiences as previous Ridley Scott-helmed epics like Gladiator (2000), one might even wonder if the turn could be a dark horse contender for awards season—alongside Jodie Comer’s devastating lead performance.

But The Last Duel was not received at all, warmly or otherwise, by audiences since the film opened to less than $5 million in its opening weekend last October. And that meek number came despite Affleck ostensibly starring as the most recent and popular iteration of the Dark Knight in Batman v Superman: Dawn of Justice and this year’s belated HBO Max release of Zack Snyder’s Justice League. (The Last Duel also starred Jason Bourne and Kylo Ren.)

The industry transition this type of failure might mark clearly weighs heavily on Affleck’s mind, especially as he does the press rounds to promote his new release, The Tender Bar. That George Clooney-directed film is receiving a limited theatrical release this month, but otherwise is intended to find its audience on Amazon Prime Video. Affleck appears to be at peace with this, as well as the state of the industry since he mused to The Playlist that The Last Duel may be his last theatrical film. Additionally, he revealed that, perhaps barring his expected appearance in next year’s The Flash, he has no interest in ever doing an “IP movie” again, referring to intellectual property darlings with built-in fanbases. This would mean no more superhero movies.

“You may have to adapt to the changing times,” Affleck said. “I mean, this business has changed, right? You had vaudeville, silent movies, talkies, color. Then there was television. It’s continued to evolve and change.” For Affleck that change has come again as adults are preferring to watch dramas—Affleck’s preferred genre as a director and now an actor—at home.

He continued. “And once that happened with The Last Duel, I thought, ‘Well that’s probably the last theatrical release I’ll have.’ Because I don’t want to do IP movies where you have this sort of built-in audience. That’s something I was interested in and liked, and I just don’t like anymore. I like other people who do it. And if you are going to do it, you should love it. And I love something different. So I want to do that.”

In the same interview, Affleck muses that a handful of significant auteur directors—Affleck name checks Christopher Nolan, Quentin Tarantino, Kathryn Bigelow, and Paul Thomas Anderson as examples—will be able to still release major, original adult-oriented films in theaters and bring audiences out like it were an IP “event.” But by and large, he thinks those days are likely gone and it’s time to move to where the audience is if he doesn’t want to wear a rubber cape and eyeliner again.

It’s not a surprise for Affleck to want to eventually retreat from the superhero genre. While everyone remembers his early days as a movie star in similarly gaudy spectacles (although not based on IP) like Armageddon (1998) and Pearl Harbor (2001), he did breakthrough in the indie world by co-writing and starring in Good Will Hunting (1997), as well as starring in Kevin Smith’s early more ambitious efforts like Chasing Amy (1997). After he transitioned to directing, all of his movies behind-the-camera have tended to be noirs or thrillers like Gone Baby Gone (2007), The Town (2010), and his Best Picture winner, Argo (2012).

Yet to Affleck, the future of theatrical moviegoing isn’t those kind of memorable achievements—it’s mostly more superhero movies and similar IP-inspired products. He’s obviously not wholly against that kind of moviemaking, having starred in Daredevil (2003) and several Zack Snyder-directed DC movies. However, one cannot help if his interest was shaken by how brutal the reception was for both DC movies, as well as seeing Justice League tinkered into a bigger mess a few years ago. Perhaps like the vegan who works in the sausage factory, it’s possible to see too much?

Either way, it’s likely bitter news for the most diehard fans of Snyder’s so-called “Snyderverse.” It already seemed nigh impossible for WarnerMedia to reverse course and “restore the Snyderverse,” as the social media hashtag demands, but with Affleck admitting he has no interest in doing those kind of movies anymore, it seems pretty safe to assume that the last we’ll see of the Snyderverse Batman will be from his role in next year’s The Flash.