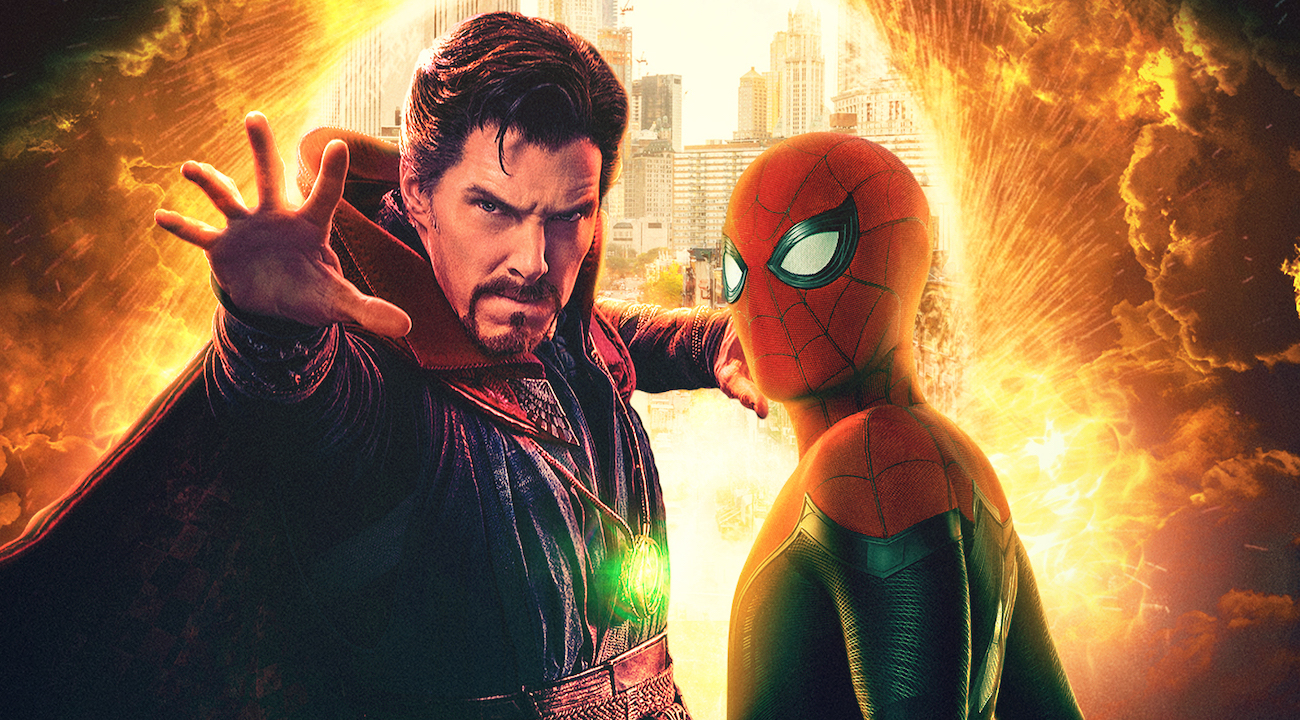 Going into this event movie weekend, there were a whole lot of fan theories and guesses at what the post-credits scene would be in Marvel Studios’ Spider-Man: No Way Home. Would the worst kept secret in the world—that Tobey Maguire and Andrew Garfield were coming back for another inter-dimensional Spidey adventure—give way to extra cameos from Kirsten Dunst as Mary Jane Watson and Emma Stone as a resurrected Gwen Stacy? Could it be revealed that Benedict Cumberbatch’s Doctor Strange had been Mephisto all along? Or, my personal favorite, would Bruce Campbell finally show up as the Doctor Strange of the Raimiverse?!

So many theories and so much speculation, which all turned out to be for naught when the one actual post-credits scene in the movie—or mid-credits, if we’re being technical—involves not a single character who’s appeared in a previous Spidey movie. Nay the coveted scene is about… Tom Hardy as Venom?! Huh?!

Why Venom is Drunk in a Bar

The post-credits scene of Spider-Man: No Way Home acts as a direct sequel to the post-credits scene of October’s Venom: Let There Be Carnage. In case you forgot how that sequence went (or had the good sense to avoid Venom 2 like the plague), the scene featured Hardy as both Eddie Brock and the voice of the CGI black blob we call Venom.

After the pair broke up and got back together over the course of the Venom sequel, they decided to celebrate their renewed vows of affection by going on a bit of a honeymoon to a nondescript tropical paradise. But while Venom was attempting to teach Eddie one of the mysterious and ancient secrets of his symbiote culture in the stars, the pair become equally mystified as they’re teleported from their shabby hotel room at night into a much nicer suite during the early morning. Stranger still is the fact that they’re now in a universe where puny kids named Peter Parker are all over the television, because it’s just been revealed that they’re something called a “Spider-Man.”

At the time, it seemed pretty clear that Venom was teleported to the MCU by the same magical spell effect we saw Doctor Strange casting in trailers with the hope of making everyone forget that Peter is Spidey. Spider-Man: No Way Home confirms this with the same Venom 2 effects being used at the end of the movie to send villains like the Green Goblin (Willem Dafoe) and Doc Ock (Alfred Molina) away.

Hence why the post-credits scene of No Way Home is the surprise reminder that, yes, Venom really is in the MCU. And he’s apparently spent that entire time getting drunk at a tiki bar at the same hotel we left him. While sitting at said bar, Eddie is in total lush mode as he tries to wrap his head around the idea of the “Blip,” which caused half of all existence to vanish for five years. The Venom symbiote is also skeptical.

“Aliens don’t care about stones” he whines. One assumes he will next say that aliens only care about eating brains, but the lovebirds are interrupted when the same magical effect which sent the Maguire and Garfield era villains home now sends Venom back to that hellhole from whence he came. And yet, almost like a threat to the quality control Kevin Feige exerts over the MCU, one sliver of symbiote got left behind… and it starts crawling off the bar, presumably in search of Tom Holland and a Spidey sequel. Poor kid.

How this all works is, of course, nonsense. The reason villains like Doc Ock and the Lizard (Rhys Ifans) showed up in the MCU is because Peter foolishly said mid-spell that “basically everyone who knew I was Spider-Man before” should still know. That apparently summoned everyone who’s ever known Peter is Spidey from across the infinity of the multiverse.

But Venom never knew Peter Parker was Spider-Man. Hell, he still couldn’t wrap his head around the idea of a Peter Parker or a Spider-Man. So why is he in the MCU? (By the by, Jamie Foxx’s Electro shouldn’t have been in the movie for the same reason.) All that’s swept under the rug because the whole point of this scene is for Sony to continue threatening their Hardy/Holland crossover.

Doctor Strange in the Multiverse of Madness Trailer

In the biggest surprise of all, it’s revealed there is only one technical post-credits scene in Spider-Man: No Way Home (and it’s wasted on Venom). In a move that feels like it’s out of Phase One, the final thing we see before the lights come on, and the ushers kindly ask us to get out, is a trailer for Sam Raimi’s Doctor Strange in the Multiverse of Madness, which is due out on May 6, 2022.

More of a teaser than a full-fledged trailer, the sizzle reel teases that the events of No Way Home will directly lead into Doctor Strange 2, with the madness caused by Peter fracturing the multiverse having lingering consequences. Which brings Strange to the door of Wanda Maximoff (Elizabeth Olsen). Yep, we’re finally going to follow-up on the wonderful and weird WandaVision, even if Strange says, “I’m not here about Westview.” Why he is seeking Wanda’s aid is currently a mystery, although it apparently involves Rachel McAdams’ Dr. Palmer marrying someone else (or is that a different Dr. Palmer from a different part of the multiverse?) and even… an evil Doctor Strange?!

There’s a lot more to unpack, of course, which we will do in the coming days when the trailer drops online…

Dead Space Remake: How to Unlock and Survive Impossible Mode
How to Find a PS5 and Xbox Series X In 2023
Even More DC Shows Have Been Axed at HBO Max
Marvel Studios’ Doctor Strange in the Multiverse of Madness | Get Tickets Now
Batman: The Animated Series – Jingle Bells, Batman Smells | Super Scenes | DC