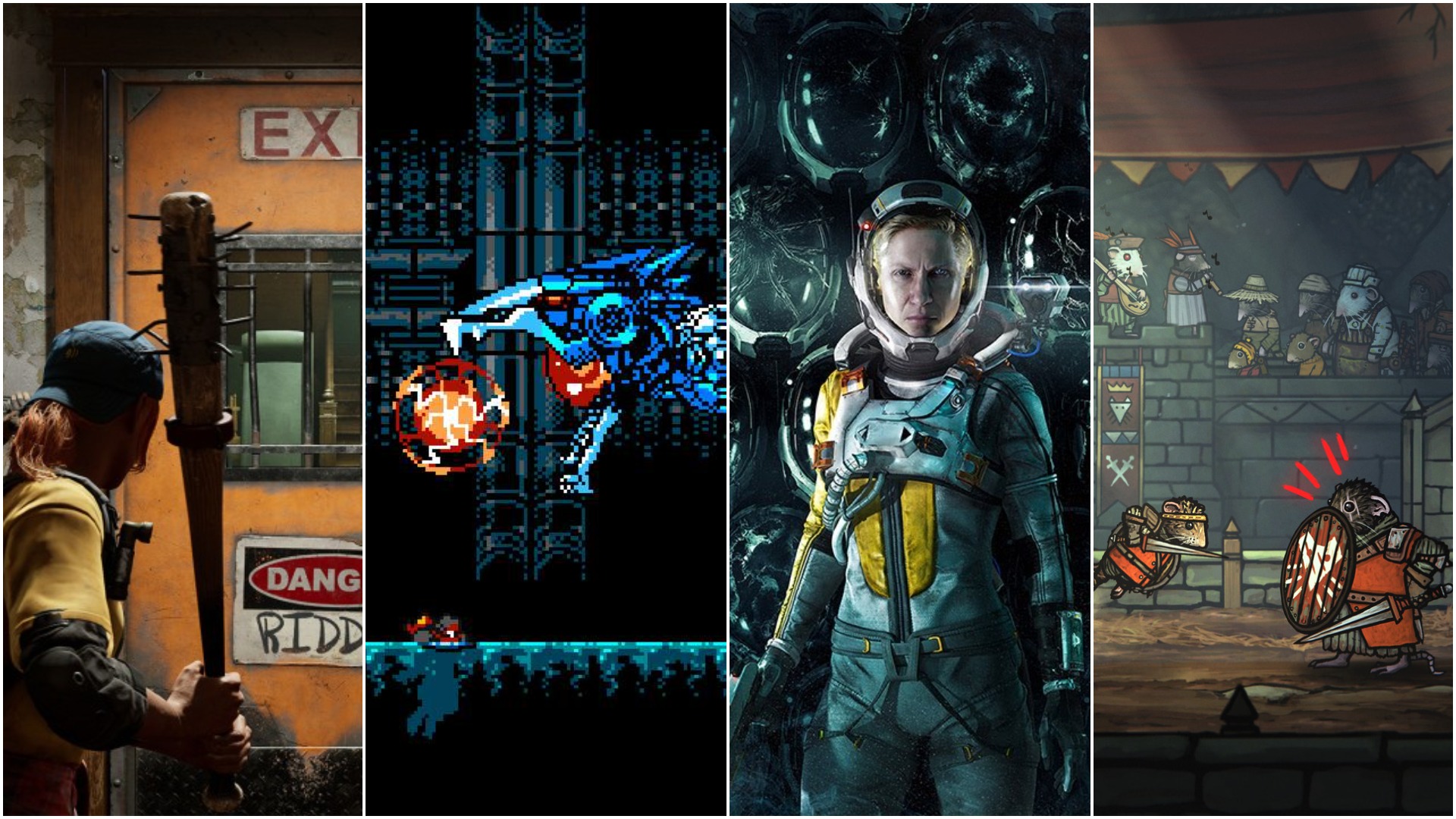 While I wouldn’t go so far as to say that 2021 has been a banner year for hard video games, anyone who seeks out difficult games as a cathartic escape from difficult times certainly won’t be disappointed by this year’s selection of controller smashing, monitor breaking, soul-shaking experiences.

In fact, it was an especially interesting year for difficult Triple-A and AA games. From Metroid Dread to certain difficult settings in Resident Evil Village, it really does seem like more and more major studios are starting to explore the viability of at least adding optional difficulty modes to their major releases designed to make some of the year’s biggest games as punishing as possible.

Of course, many of the year’s hardest games can still be found on the indie scene where smaller studios continue to argue against the idea that they just don’t make hard video games like they used to…

One of our most underrated games of 2021 also finds its way onto this particular list by virtue of being a proper throwback to the most difficult action games of the 8 and 16-bit eras.

While Cyber Shadow incorporates a few mechanics designed to make the game slightly more accessible than the NES Ninja Gaiden games developer Mechanical Head Studios so clearly loves, the game ultimately uses those “conveniences” as an excuse to incorporate some of the most frustrating design concepts featured in genre classics like Batman and Castlevania. Fans of those games will likely welcome those callbacks, but everyone else will wonder how we all survived growing up with titles like this.

9. The Binding of Isaac: Repentance

The Binding of Isaac: Repentance may be described as the “Ultimate Edition” of this classic roguelike game, but it features enough new (and incredibly difficult) content to be worthy of a spot on this list.

Most of the new content in this game was seemingly designed under the assumption that you’re pretty good at The Binding of Issac, which is really funny considering that being “good” at Binding of Isaac basically means that the game no longer makes you want to smash your screen quite as often. Of course, the game is so good and so addictive that you might just end up learning to love the pain.

While Death’s Door is remarkably well balanced and gives you plenty of time to learn its “tricks,” this game’s blend of classic Zelda tropes and modern Soulslike mechanics makes it the kind of formula that will challenge you until the very end.

Death Door’s combat will certainly keep you on your toes, but it’s the seemingly simple act of navigating this game’s world that will push you to your limits. Not many modern games emphasize figuring out where to go quite the way this one does, so anyone out of practice with that classic concept is going to spend a lot of time figuring things out.

I suppose there’s an argument to be had about the eligibility of remasters and collections on any “end of the year” lists, but it’s hard to fairly talk about the hardest games of 2021 without talking about this collection that features three of the hardest 3D action games of all-time.

These games demand a pretty unique style of play that falls somewhere between Devil May Cry and Dark Souls. It’s a little more “methodical” than many of the games in the former franchise but still features the kind of frantic, enemy-filled rooms action setpieces that the latter series rarely utilizes. All of that is just a roundabout way of saying that these games are incredibly tough.

When a developer has to put out a statement in which they acknowledge that they may have made their game a little too difficult, you know that game is going to find its way onto any respectable shortlist of the year’s hardest games.

Back 4 Blood’s Nightmare difficulty level is one of the most absurdly challenging gaming experiences I’ve endured in years. It’s the kind of difficulty option that leaves you feeling certain that you must be doing something wrong because there is no way that a studio would actually release something this punishing. That’s why it was so weirdly comforting to hear the game’s developers acknowledge that something had indeed gone wrong with this co-op shooter that will make you hate your teammates forever.

Some of the controversy surrounding Returnal’s difficulty was arguably a bit overblown (and was later addressed by developer Housemarque via a quality of life update that allowed you to suspend your run), but this really was one of the year’s most challenging major games.

The thing that separates Returnal from so many other roguelikes is its almost bullet hell-like third-person action. It takes quite a while to get used to working within a 3D space filled with that many lethal projectiles, and (like so many other classic entries into that subgenre) the difference between a successful run and a terrible one can sometimes come down to just a little bit of luck.

Blade of Darkness is a re-release of an often forgotten action-adventure classic that is sometimes described as a spiritual predecessor to modern Soulsborne games. While it’s certainly surprising to play this game and see just how ahead of its time it was in that respect, don’t let that sometimes overused comparison give you the wrong impression about how hard this game really is.

Blade of Darkness’ complex combo-based combat system is one of the most interesting takes on melee battles that I’ve ever seen in a video game. It’s almost like a deeper and more challenging version of the lightsaber combat system from the old Jedi Knight games, and it makes the simplest battles feel like truly epic encounters.

Whenever a game includes the words “punishingly brutal combat” in its description (the thing meant to sell you on the basic experiences as quickly as possible), you know that you’re in for a good time.

Tails of Iron’s combat system offers no room for mistakes. One missed roll or one greedy extra hit can often spell your doom in this game that emphasizes memorizing patterns and finding that “zen” state that allows you to basically move on autopilot. There’s certainly a little room for creative exploration within the combat, but it’s not too much of a stretch to suggest that this game demands perfection.

It wouldn’t be a proper rundown of the hardest modern games without at least one Soulslike on the list, and I’d say that Eldest Souls is the hardest Soulslike I played in 2021.

Eldest Souls is a Soulslike boss rush game that forces you to bounce between battles against massive foes with very little downtime or opportunities to hone your skills against lesser enemies. That basic premise makes it very difficult to “grind” your way to success and also ensures that some of Eldest Souls‘ earliest encounters feel like they could be final bosses in most other games.

I’ve never heard anyone deny the difficulty of Ghosts ‘n Goblins (as well as many of its successors), but if for any reason you find yourself wondering why those titles are regularly referred to as some of the hardest games ever made, a few hours with Ghosts ‘n Goblins Resurrection will certainly answer all of your questions.

This remaster may make Ghosts ‘n Goblins “smoother” than it has ever been before, but Capcom went to great lengths to ensure that this game is still so difficult that you won’t even be that angry when you’ve died for the hundredth time because you’ll quickly appreciate that it’s all part of the experience.